The omnibus rules were approved by the European Parliament at a plenary session in Strasbourg this morning – with 503 MEPs voting in favour of the reforms, while 87 voted against alongside 13 abstentions.

The new laws, which are set to take effect next year, are designed to give farmers a stronger negotiating position versus supermarkets; better capacity to deal with production and market risks; and more flexibility for member states to help young farmers.

Commenting on the announcement, Flanagan said: “My goals from an agricultural perspective were to broaden the definition of ‘permanent grassland’ to address the contested issue of land eligibility and to try and improve the implementation of the Young Farmers Scheme.

“On the definition of permanent grasslands there have been positive moves; specifically, article four of the direct payment regulation 1307/2013 has been broadened to allow a wider range and variety of vegetation to be classed as permanent grassland.

These new flexibilities should allow the department to move away from the adversarial approach and maximise the amount of land considered to be forage area in Ireland.

“This is vital in the context of mitigating the green house gas (GHG) emissions from agriculture,” he said.

Meanwhile, there has also been steps forward on the young farmer front, Flanagan added.

“Young farmers will now get a five-year payment irrespective of when they apply within the five-year period of first taking over the farm.

This a positive change; as before, if they applied in year three they were eligible only for a two-year payment.

“In addition to this, and important in an Irish context, member states can now take a linear cut to all direct payments – to fund not only young farmers, but also the ‘specific disadvantage’ category under which some of the ‘forgotten farmers’ were catered for previously.

“It is important to note the situation of the forgotten farmers is most acute in Ireland, given the previous mismanagement of the scheme and the minimal convergence of payments in Ireland – which leaves many young farmers trapped with low payments.

Perhaps it is now time for the government to step up to the mark on this, and address this glaring inequality.

The Irish MEP also outlined how he has been negative towards income stabilisation tools and financial instruments in agriculture.

“I take the view that expanding risk management can be considered a giveaway to insurance companies and financial services from rural development budgets, and more deeply integrates the banking and financial sectors into controlling positions in farming.

Implicit here also is a threat to our current system of farm supports and a move to an American style of supports – crop insurance instead of direct payments and soft loans instead of grants.

“Other areas that will have an impact in Ireland are changes to the ‘greening’ and the use of ‘producer groups’ to strengthen the position of farmers in the food chain.

“It is hoped that the government will implement these changes in January 2018. This would give some time to assess their impact in advance of the next CAP reform in 2020,” Flanagan concluded. 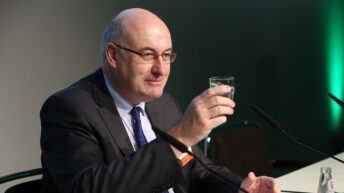