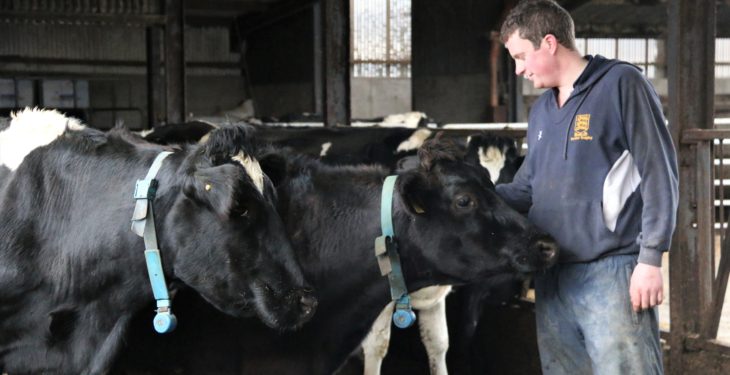 A working trip to New Zealand inspired a Co. Tyrone beef and sheep farmer’s son to take the brave decision to transform the family business into a 80-cow dairy unit.

David Hunter would have been just 22 years old when he decided to start into dairy farming. But the risk has already paid off, with the business winning LacPatrick’s Farm Development Award at its inaugural Milk Quality Awards in November.

David – who is now 28 – farms alongside his dad John at their farm in Newtownstewart. The pair used to keep suckler cows and around 50 ewes – but now the beef cattle and sheep are gone and dairy cows are the sole focus of the farm.

The young farmer said he made the decision to change the farm after he worked abroad for his placement year. He worked for a silage contractor, but was inspired by the New Zealand grazing system used on many of the farms he worked on.

He said: “When I left Greenmount it was what I wanted to do; I worked with the Cream Herd there.

I didn’t really have any notion of milking cows after the first year there, but then I went to New Zealand for my year out and that all changed.

“I suppose when I was out there it was the first time I saw the New Zealand system – the way they were working – and I wanted to try something similar.

“Milk prices were actually good at that time, so it was probably a good time to get into it. Although we weren’t talking many cows, it worked well – I think it would be a lot harder to try to do the same thing now.” 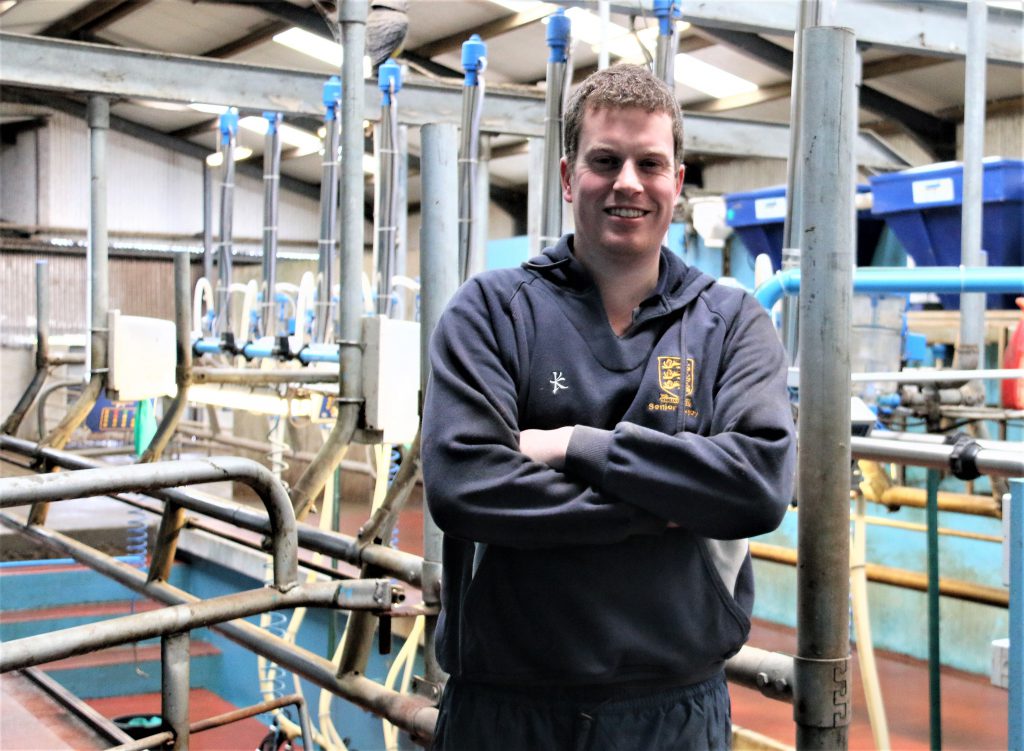 David explained how he uses New Zealand Jersey bulls and Irish bulls with a high EBI to breed a low-maintenance cow.

“We’re spring calving and grass-based with Jersey cross-bred cows. It’s a smaller cow and with the higher rainfall here it suits the area better,” he said.

He bought in just over 30 Friesian heifers – plus a couple of calved cows – to get the herd off to a good start, milking 35 the first year.

In his second year of milking he upped numbers to 65. He maintained this for a couple of years before rearing more heifers and reaching 80 milkers.

The young farmer said he is happy with how the 16 Jersey-cross cows have been doing and plans to continue using New Zealand Jersey genetics.

“Their temperament is very good and their protein and butterfat has been outperforming the rest of the herd,” he said.

“One of the biggest benefits of cross-breeding is fertility and the higher milk solids – that insulates us from the volatile milk price a bit.” 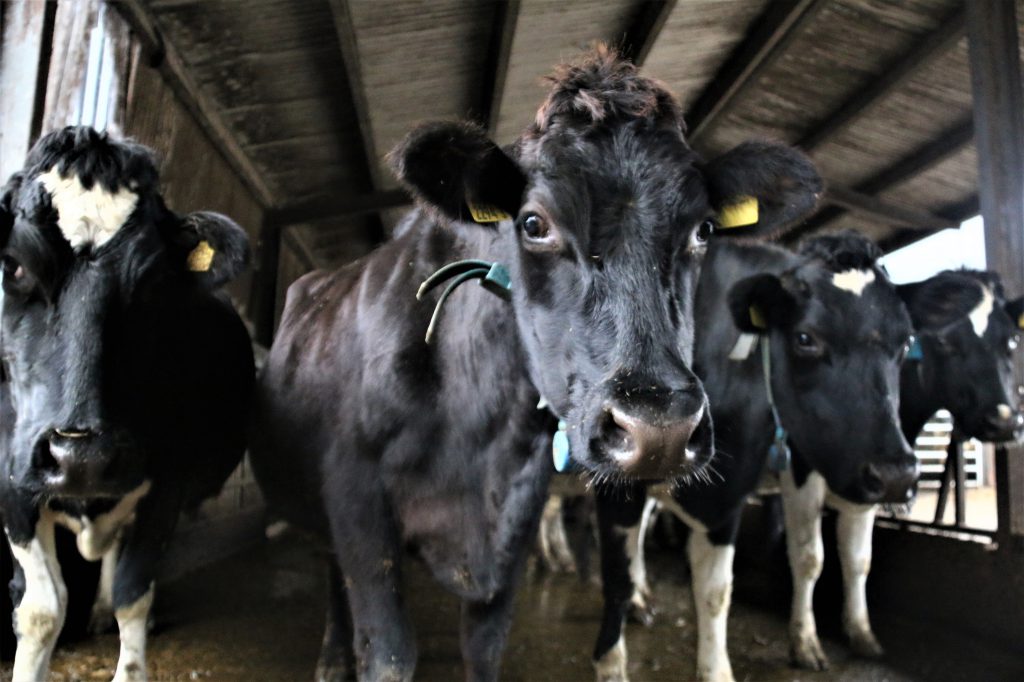 In terms of yield, the Jersey crosses are averaging 4,700L compared with 6,000L for the black and whites.

David said he typically starts to dry cows off around January, but is working on tightening up his calving block so that all cows will be dried off at the same time.

This year he is considering going to once-a-day milking as the cows come towards the end of their lactation, to reduce the work load in the winter.

He hopes to eventually increase his herd size, but access to land is an issue; so for now he is focusing on high milk quality and getting the most out of the land he does have.

At the moment the pair farm 100ac, split into a block of 70ac around the farm and another 30ac across the road – which is mainly used for silage. 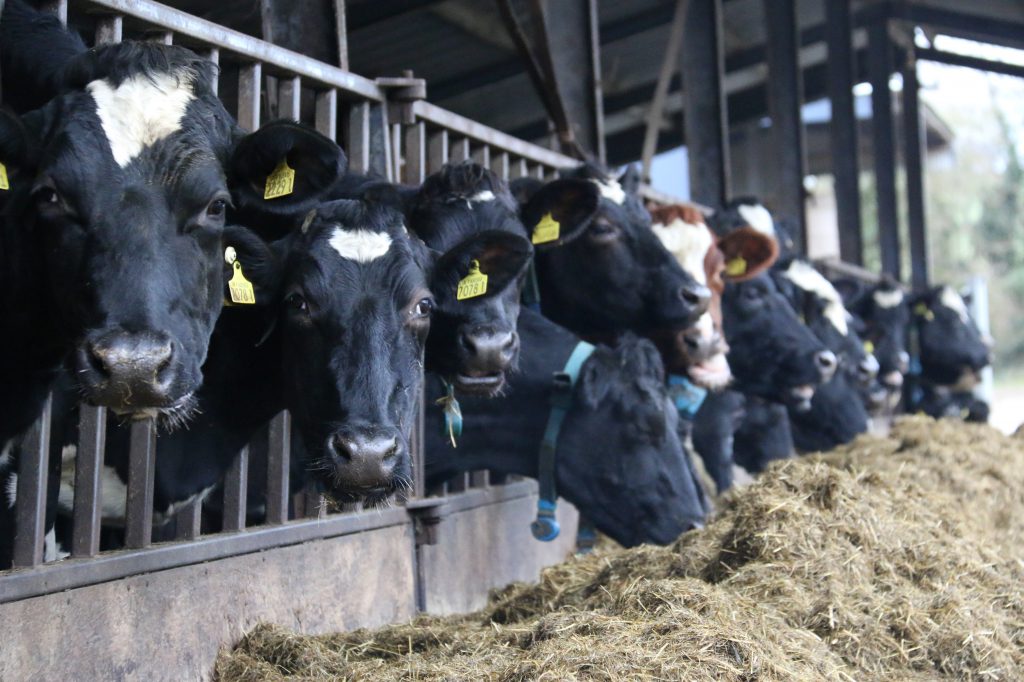 Despite being far west in the region, the ground is relatively dry and David has managed to graze from February through until the start of November.

“It’s essential to get the best out of your grass,” he added. “I measure the grass weekly and use that information to make decisions involving grazing or which paddocks to use for silage.”

At the moment the cows are producing on average 13L a day on 3kg of meal as they come to the end of the year. Cows calf down between February and April.

Wise choices at the start of the venture have made many things easier now for the pair. When David started into dairy farming he invested in setting up a paddock system with good lane-ways.

The paddocks were made slightly bigger than necessary to allow for expansion and strip grazing. A second-hand parlour was installed in a pit with scope to add extra units down the line.

By the time the parlour was built and the existing sheds were converted, the total investment came to well over £150,000.

Fitted with all the mod-cons, David uses pedometers to detect heat and the parlour has also helped keep the milk quality up – the Dairymaster system makes a verbal announcement when a cow is to be held out.

In the future, he is concentrating on breeding cows for high protein and butterfat. 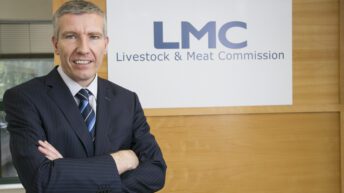