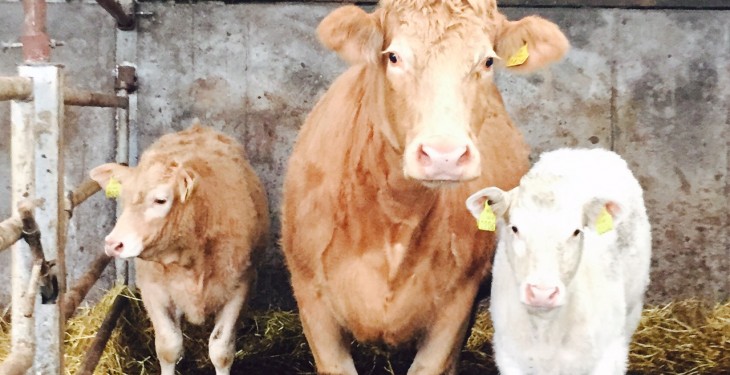 Significant progress has been made this year towards the eradication of the BVD virus in Ireland, according to Animal Health Ireland (AHI).

Also Read: Reduction in prevalence of BVD in 2017 benefits farmers to the tune of €75 million

If current progress continues, AHI is confident that the national programme is on track to eradicate the BVD virus by 2020.

A list of suppliers of approved tags and of the laboratories approved to test each tag type is available from the AHI website.

Farmers are encouraged to test calves as soon as possible after birth.

In a case where positive or inconclusive results are obtained, AHI advises farmers to consult their veterinary practitioner for advice on whether to remove the calf immediately or to conduct a re-test.

Where a decision is taken to re-test the calf, this must be done by means of a blood sample only; this also applies to the testing of dams, AHI added.

The Department of Agriculture, Food and the Marine will meet the costs of the visit by the herd’s veterinary practitioner, as well as the testing of the calf – and the dam, if sampled at the same time.

3. Supports for the removal of PI calves

Supports for the removal of PI calves from the department will continue in 2018, with different rates for calves originating from beef and dairy herds.

A payment of €185 is available for beef breed animals once they are removed, with a registered date of death on the Animal Identification and Movement (AIM) system within three weeks of the initial test.

This reduces to €60 if the animal’s registered date of death falls in the fourth or fifth week after the initial test.

All herds with PI calves born in 2018 are required to undergo an investigation funded through the Rural Development Plan, according to AHI.

This investigation will be delivered by a trained private veterinary practitioner, within three months of the date of the first positive result, it added.

The department will automatically restrict movements into and out of herds that retain PI animals for more than five weeks after the date of the initial test – in the absence of a recorded date of death on AIM.

AHI advises farmers to ensure that PIs are removed in time to allow the death to be recorded before five weeks elapse.

If a farmer does hold onto an animal for longer than five weeks, the restrictions they will be placed under are automatically lifted following removal of the PIs in question.

Neighbouring herds will also be notified, advising them to take appropriate biosecurity measures to minimise the risk of accidental introduction of infection.

Over 85% of breeding herds have acquired NHS, meaning that all animals in the herd have a known negative BVD status. A further 12% need only to test a small number of animals to achieve this status.

Around 10,000 herds currently contain animals that either have not produced a negative calf or which do not have a valid result recorded on the database, according to AHI.

The presence of these animals prevents herds attaining NHS and accessing lower-cost testing.

Concluding, AHI is asking farmers to review the biosecurity measures in place on their farms to minimise the risk of accidental introduction of the BVD virus – leading to the birth of PI calves.

The virus could be accidentally introduced through the movement of: animals; people (including the farmer); or equipment across boundaries.