Department hits back over ‘unsubstantiated’ claims on north Tipp inspections

The Department of Agriculture has defended the inspections procedure in Co. Tipperary as “broadly in line with expectations, given the farming intensity in the county compared to other counties”.

It accepted that the number of inspections carried out in north Tipperary was above the national average, but said that it was “one of a number of counties with inspections above that level”.

In a statement seen by AgriLand, the department said: “Contrary to the impression given in recent reports, local department staff have no input into either the number of inspections or the selection of farms for inspections.”

The statement stressed that the number of annual inspections carried out for eligibility and cross compliance were set out under EU regulations, with cases selected both randomly and by risk.

“All inspections are subject to continuous oversight by supervisors and random verification inspections to ensure a consistent approach throughout the country,” the department said.

Compliance by department officials with inspection commitments set out in the Farmers’ Charter of Rights, agreed between the department and the farming organisations, is reviewed regularly by the independently chaired Farmers Charter Monitoring Committee.

“Furthermore, inspections are subject to repeated audits by the European Commission, the European Court of Auditors, the Certifying Body and the Comptroller and Auditor General’s Office, to ensure full compliance with the requirements.”

The department said there were “unsubstantiated allegations” in the media regarding inspections in north Tipperary, but that it was “not true to say that penalties are exceptionally high” in the county.

“In fact, penalties as a percentage of claim value are actually well below the national average. This is the only meaningful way to compare across different parts of the country,” the department said.

The appeals service, it said, was implemented through a separate executive office “with its own premises and staff”, which operates independently of the department. This was overseen by the Director of Agriculture Appeals.

According to the statement, the programme for government committed to reviewing the 2001 Act “to ensure the independence and efficiency of the office in dealing with appeals from farmers”, with the review expected to be completed by the end of the year.

“The department recognises that farmers can become very concerned about inspections,” the statement said.

“For this reason, the department makes every effort to explain the nature and process of inspections, and the requirements of the EU and national schemes, to farmers. The department will be increasing its efforts in this regard and is happy to work with the farm organisations and others in this process.”

According to Cullinan, north Tipperary farmers faced penalties of €1.28 million between 2010 and 2015, with local concerns relating to farm inspections and appeals, as well as on changes made to the handbook that accompanies payments.

The chairman then congratulated the outcome of a local campaign – which brought the case for north Tipperary to the Joint Oireachtas Committee on Agriculture – for what he believed led to the department agreeing to a complete review of the appeals process. 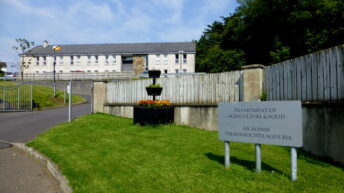