Young Farmer of the Year 2018 to be revealed next week 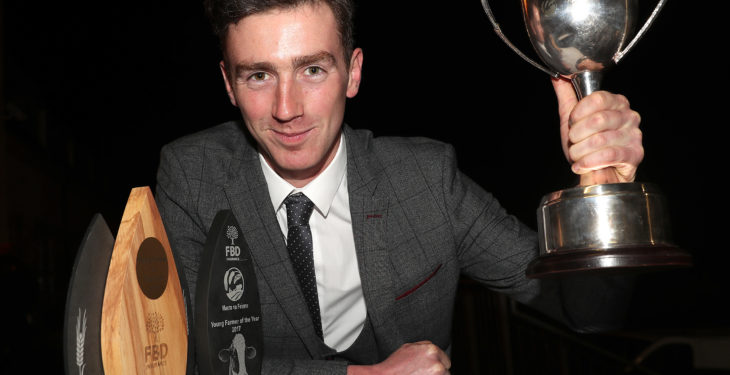 Dairy farmer PJ O'Keeffe, from Kilkenny, was selected as the winner of the FBD 'Young Farmer of the Year' competition in 2017

The 20th FBD Young Farmer of the Year will be crowned next Tuesday night (September 11) at the Castleknock Hotel in Dublin.

Organised by the young farmers’ group Macra na Feirme and supported by the Irish Farmers’ Association (IFA), there are six additional awards on offer alongside the main prize in this landmark year for the event.

Young farmers involved in sectors such as beef, dairy, sheep, horticulture, pigs, poultry and tillage are invited to enter and the winner of each sector will compete to be crowned the 2018 FBD Young Farmer of the Year.

The Land Mobility Award will focus on farmers who display innovative solutions to accessing and utilising land for farming.

The Farm Collaboration Award will focus on collaborative farming arrangements that best demonstrate the benefits of collaborations such as long-term leases, registered partnerships, share farming, share milking and contract rearing for all parties involved.

There is also a new Biodiversity award this year, supported by the National Rural Network.

The winner of the 2018 FBD Young Farmer of the Year will receive a travel bursary and the opportunity to experience farm practices abroad, while also developing their skills.

As in previous years, all county winners will also receive an award. The winners of each sector will be announced on Tuesday afternoon on the day, and will progress to the final awards taking place that evening from 8:00pm.

Speaking ahead of the awards, Macra na Feirme national president James Healy said: “This is a great competition and it gives young farmers from all backgrounds an opportunity to showcase the skills and knowledge they have acquired during their career to date.

“Last year’s winner PJ O’Keeffe has been a brilliant ambassador for the competition and I look forward to greeting his successor next week.”

Fiona Muldoon, chief executive of FBD Insurance, said: “FBD Insurance plc is pleased to again sponsor the 2018 FBD Young Farmer of the year awards and is proud to be associated with Macra na Feirme.

I expect we will have another keenly-contested competition this year and a winner who represents all that is best about modern Irish farming.

IFA president Joe Healy also spoke, adding: “We have an abundance of talented young farmers in this country, in every sector.

“Macra has a long tradition of identifying and developing future leaders in the farming community, including through this competition.’’

Finally, Philip Farrelly from the National Rural Network commented on the new biodiversity accolade, underlining its importance to Irish farming.

He said: “The National Rural Network Biodiversity Report is about showcasing farmers who are using and finding innovative approaches that make farming more sustainable such as using the carbon navigator tool and promoting behaviour on their farms that will increase biodiversity such as maintaining flowering hedgerows.

“In the years ahead, sustainability will be part of almost every management decision made on farms.” 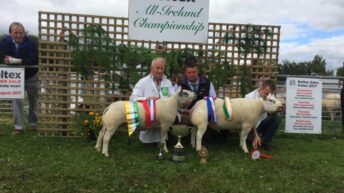