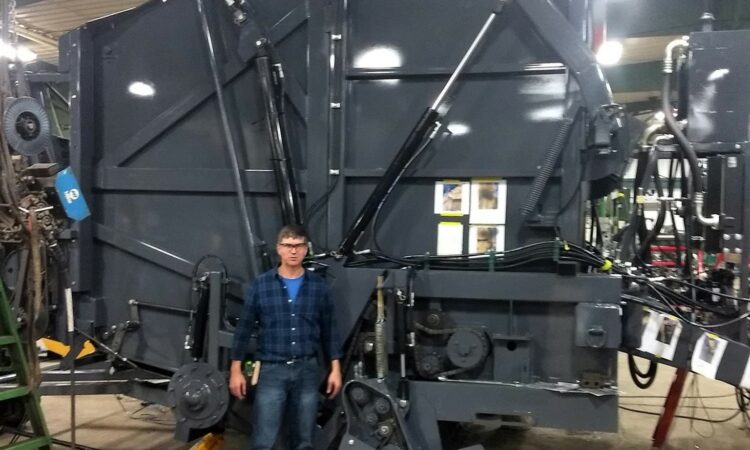 Footage of what’s being described as the “biggest round baler in the world” is doing the rounds on social media.

The machine has now made its first bale, albeit out-of-season (by baling up swaths/windrows laid out in a yard).

The baler was reportedly designed by TJ Steele (‘Favor 5 Ag Innovations’) and built by Vogel Engineering.

This footage (below) – from ‘Born 2 Farm‘ – shows the machine starting its first ‘test bale’ earlier this month.

This further footage (below) – again from ‘Born 2 Farm‘ – shows the machine as it gathers up more material to fill its voluminous chamber.

This final piece of footage (below) shows a massive bale emerging from the rear of the machine. A modification is apparently being worked on to enable bales to roll out more easily.

This isn’t the first eye-catching machine that Vogel Engineering has built. It previously pieced together a giant self-propelled mower. This video (below) shows it in action (back in 2012).

Since then, it has built an even larger version – carrying three Case IH RD163 mower units. This version has no less than 500hp on tap – again courtesy of John Deere.

This video (below) shows it being put through its paces (back in 2016).

Vogel Engineering is based in Holton, Michigan (US). 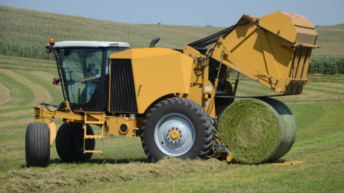