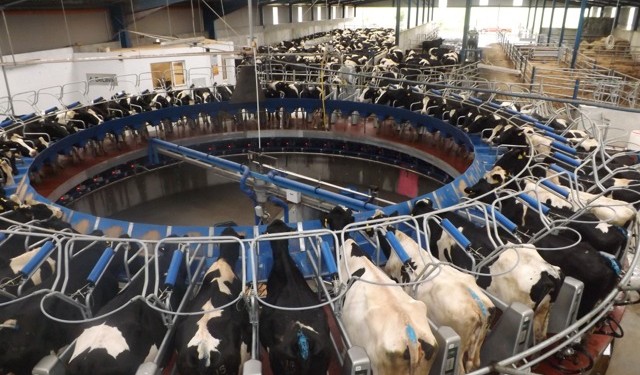 However, it says latest figures about US milk production in June show a less dynamic increase (+ 0.7%).

In spite of the it highlights that EU exports of butter and cheese have benefited from the relative absence of US exports.

The US confirm their position as the number one destination for EU dairy exports, followed by China, Saudi Arabia and Algeria.

The MMO says China considerably reduced its dairy imports over the first five months of 2015, while Japan and South Korea confirmed their dynamic demand.

Irish milk production was down in Q1 due to quota constraints, but a surge in production has been observed in Q2.

According to Teagasc lower milk prices may temper milk production growth in Q3. It says an annual increase in Irish milk production of 10% looks likely, with considerable regional and farm level variability around that figure.

EU per capita consumption (retail sales) in the last 5 years (2010-14) increased for cheese, cream and butter, but decreased for milk and yoghurt, according to the MMO.

It says contrary to liquid, flavoured and fruited yoghurt, per capita consumption of plain yoghurt slightly increased. In 2014, total cheese consumption increased by 1.6% (butter by 3.7%), mainly driven by upward industry use.

Overall the MMO says market sentiment remains bearish, with no improvement in sight for the near future. The necessary supply side correction has not materialised so far.