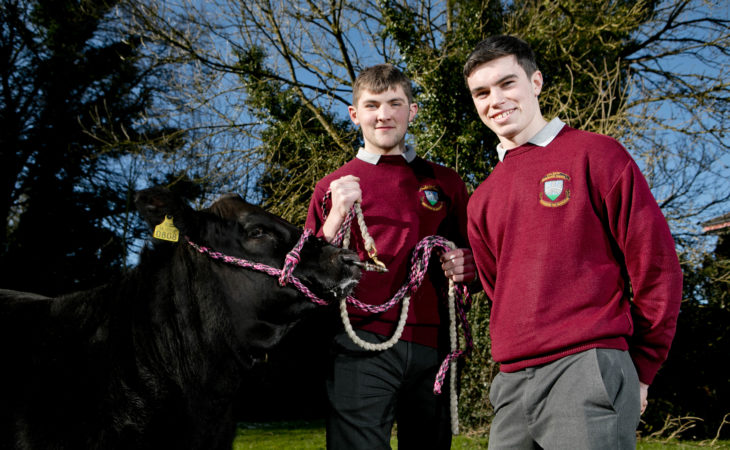 The winners of the 2018 Certified Irish Angus Beef Schools Competition were announced this morning at an awards ceremony in Croke Park.

Mark Shorten and Conor Lehane from St. Brogan’s College, Bandon, Co. Cork, were confirmed as the overall winners of the competition which is organised by the Irish Angus Producer Group, ABP and Kepak.

The initiative challenges students to rear five Irish Angus cross calves for 18 months until they are ready for slaughter as part of their Leaving Certificate Agricultural Science project.

The aim of the competition is to encourage second level students to gain an understanding about the care and attention that is required to produce and market the highest quality beef for consumers.

The Cork students, Mark and Conor, hail from a strong dairy and beef farming region in the county.

As part of their project, they investigated the benefits of Irish Angus cross Friesian calves for a mixed dairy and beef farm, and presented their findings at local co-ops, marts and events.

They used their involvement in the campaign to give back to their community by hosting an event to raise funds for local charity, Cancer Connect, and donating a significant portion of the proceeds from the sale of their calves to the West Cork Rapid Response Unit and to their school for use in supporting students with mental health issues.

Commenting on the announcement, general manager of the Irish Angus Producer Group Charles Smith said: “From the outset, it was clear that Mark and Conor were two robust young farmers with a keen interest in dairy and beef farming.

What became apparent over the course of the competition, however, was that they were also two exceptional students and mature young men who are outstanding ambassadors for themselves, their farms and their schools.

“They demonstrated a passion and enthusiasm for the project but also exhibited a generosity of spirit through their charitable work and willingness to help other competitors throughout the process,” Smith said.

The runners up in the competition were a group from Athlone Community College, who explored how farm standards – including health and safety and farm organisation – influence the performance of the animals on the farm.

Meanwhile, Ciaran Calvey from Rice College, Westport, was presented with an ‘Outstanding Individual’ award for demonstrating a passion for farming as well as an outstanding personal commitment to the project and the rearing of the animals, the competition organisers added.

Each of the finalists received the financial benefits involved in the selling of the animals to the processors on completion of the project, which amounted to an average €6,550.

The organisers are currently in the process of selecting five new schools from a shortlist of 28, who presented their project ideas at today’s event in Croke Park.

The five schools who have demonstrated the best understanding of the project will be announced in April. These schools will be presented with their calves at the National Ploughing Championships in September 2018. 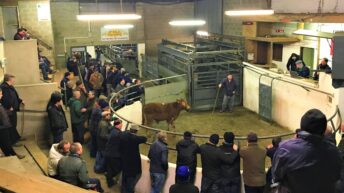