Wicklow-based vet tells tales as he launches his first book 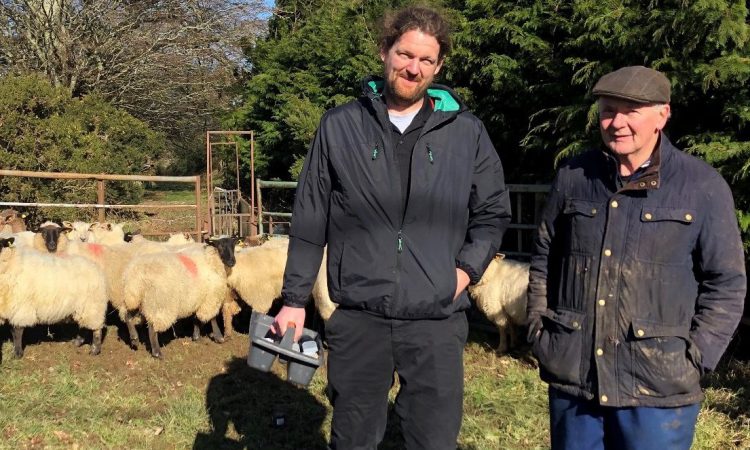 An Armagh-born vet who is now based in Roundwood, Co. Wicklow, will launch his first book ‘Whiskers, Feathers and Fur: Veterinary Tales’ in Kavanaghs’ bar, Roundwood, on Saturday, March 14, at 3:00pm.

Austin Donnelly is a farmer’s son. “I grew up on the shores of Lough Neagh in Co. Armagh. With around 100ac of low lying land, we had a mix of suckler beef – 50 head – and horticulture.

“Our farm was previously a fruit farm and in my younger years that was ongoing with orchards of Bramley apples, fields of strawberry crops and raspberries under glass. We also did cabbage, scallions and potatoes outdoors,” he said.

“Alongside the cattle, we had a menagerie of ‘pets’: a pet sow or two; donkeys; a handful of sheep and goats; and a large amount of poultry.

“In my younger years I grew up wheeling and dealing poultry, sometimes with two incubators going for the hatching season. I tended towards the rare breeds of poultry, ornamental ducks and geese and a few times we raised a dozen turkeys for Christmas,” said Austin.

The hankering to be a vet was there from a very young age. “I was an animal-mad kid and I grew up watching vets in action at our farm and with the neighbours. I was inspired by the notion of people who studied science and travelled around treating animals all day. I wanted to do that,” he said.

As outlined in the introduction to ‘Whiskers, Feathers and Fur: Veterinary Tales’, his path to University College Dublin (UCD) vet school was not straightforward. He initially applied in 2004 but, with huge competition for places, didn’t get in.

“Despite having the grades, many hopeful northern Irish students were unsuccessful. This was the case with my first application but after a year of studying dentistry in Liverpool, a new application was successful.

“I really enjoyed my time at UCD. We were on the new campus by then. I would say that the years at vet school were some of the best of my life,” Austin said.

After graduating, he worked for three years in this country before going travelling.

“Some of this work was locum work, covering holidays for clinics but I was full time working in Co. Wicklow the majority of those years. I loved my work in Ireland –  mixed practice with farm animals and pets – but filled with wanderlust, I left for Australia in new year’s 2013,” said the Colmcille native.

What was planned as a short stint turned into a seven-year stay.

“When it comes to farm work, I was on a whole range from commercial dairy farms; deer farms; goat farms; alpaca farms; and sheep.

“Moving around over the years in Australia, I also found myself attending many hobby farms too, where people would keep farm animals as pets,” said the ‘Whiskers, Feathers and Fur: Veterinary Tales’ author.

“For example, in Tasmania, I would be out administering arthritis injections to 20+ year old sheep or neutering female pigs so they could remain pets. There are feral boars around so fencing alone wasn’t always the best way to avoid unwanted pregnancies.

“In Australia, the commercial farms are enormous. It is very much about economics. I know it is here too but I got to think that us Irish farmers place a higher value on welfare and we should be very proud of that.

An example is that there were a lot of embryotomies to be done on the cattle farms there. This is an operation to remove a deceased calf. With the sheer numbers in herds, the farmers would often discover calving difficulties too late, sometimes several days later. I’m not sure I did more than a couple of these procedures on Irish cattle farms before I went to Australia.

“In Australia there is no bovine tuberculosis or brucellosis. We are free now of brucellosis too which happened while I was away so that was a welcome change.

“Irish farmers seem to be much more on the ball with vaccination and prevention, for example BVD vaccination/screening and vaccination against respiratory pathogens. Those strategies seemed to be only at the early stages on Australian farms.

“Working in Australia was a lot of fun too. The high temperatures and famously pesky flies were a big change. Treating farm animals – the pet ones – and a few horses for snake bites was a new one on me too,” said Austin.

‘I absolutely love being a vet’

He returned to work in Roundwood last Christmas. He works in mixed practice at Roundwood vet clinic.

“We see pets and have facilities for sheep and other small farm animals that can be brought in. We do occasionally see horses and poultry too. At the moment, I don’t see many cattle but that could change in the future,” said Austin, who also writes magazine articles.

I absolutely love being a vet. I am the farmer’s son that grew up to realise that dream. When I get to go out and meet farmers, while getting the job at hand done, I love to chat and hear some of their stories. There can be a lot of isolation in farming and a busy vet can get lonely too out on the road.

“My dad passed away in my early vet college years. He was a great storyteller and I used to love going to the cattle marts to hear all the stories from him and the other farmers. My dad was a man who always had not just updates from his farm animals when I would phone home, but also updates on the nature around home too.

“He would tell me how many hares he had around or how many chicks our resident pheasant had that year and also things like what date he first found frogspawn in a particular year. Being based out in the country and keeping my eye out on the nature is in my blood too,” said Austin.

In ‘Whiskers, Feathers and Fur: Veterinary Tales,’ he shares his experiences as a vet in this country as well as in Australia and New Zealand.

“I am honoured to call this my job. Getting to spend a lot of time surrounded by these animals, their owners and the countryside, I feel very lucky.”

‘Whiskers, Feathers and Fur: Veterinary Tales’ gives an insight into some of the animals Austin has worked with and to some of the experiences he has witnessed, with the people involved given anonymity. The idea of the illustrated memoir, he said, is that the animals take centrestage.

Already working on his second book, Austin plans to continue working as a mixed practice vet.

“I will slowly readjust to the Irish climate I’m sure. I would love to keep writing, inspired by the nature I encounter and some of the shenanigans that crop up in my daily vet work.”

Further information on ‘Whiskers, Feathers and Fur: Veterinary Tales’ is available on: www.austindonnellywrites.com. 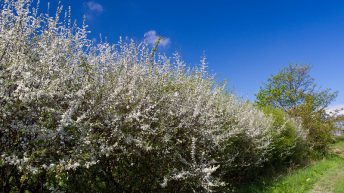