‘Why veganism is not the answer’ to reducing our environmental impact

Reducing our environmental impact is more complex than simply removing animal products from the diet.

This week, on Wednesday, June 12, the National Dairy Council (NDC) – in association with Teagasc, Ornua and Lakeland Dairies – hosted its annual farm walk and seminar on the McKenna family farm in Emyvale, Co. Monaghan.

Speaking on the day, Dr. Marianne Walsh – a senior nutritionist with NDC – made some interesting points about veganism and the affect a complete plant-based diet would have on the environment and the population as a whole.

She said: “At the moment we have about 7.7 billion people and this is set to rise to about 9.7 billion by the year 2050. Which can exasperate some of the current problems that we are facing.

“The sustainability challenge is actually two-fold because as we try to feed the nine billion people, we have to do this while trying to reduce our carbon footprint. So, a sustainable diet must address both of these issues,” she added.

“We have to look at the news headlines saying ‘go vegan to save the plant’ and of course now we are seeing many more vegan products on the market.

“So, this is where that belief is coming from, but this is far too simplistic,” highlighted Marianne.

“Animal foods are split across three different categories for emitting greenhouse gases (GHG) and we have some animal foods such as: chicken; milk; butter; yogurts; and eggs falling into the medium GHG emission category – the same category as some fruit and vegetables. 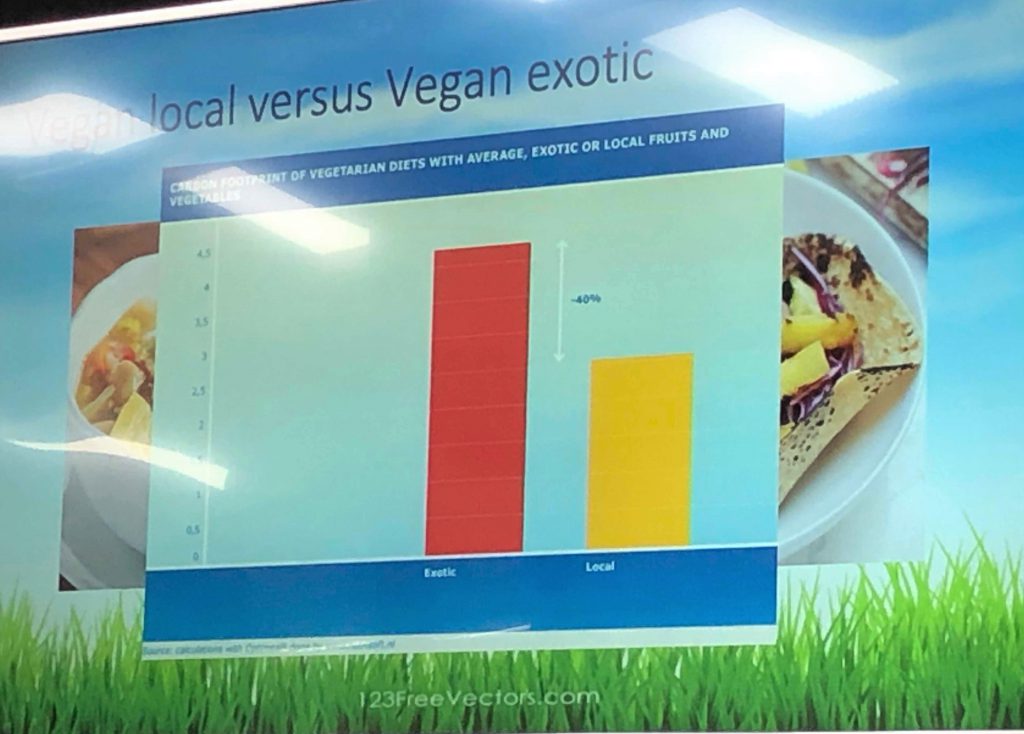 “But, on the right you have an exotic vegan diet containing imported corn tortillas, avocado, pineapple and cucumbers. So, even though they are both vegan diets, they emit different amounts of GHG.

There is a 40% difference in the carbon footprint between a local vegan diet and an exotic vegan diet.

Taking it one step further, she said: “Studies in the US have also shown that if you completely remove animal agriculture from the food chain, it is going to have a knock on effect on other parts of the food chain.

“For example, there would no longer be any organic fertiliser to fertilise the crops. In addition, there is a certain amount of food produced that is only suitable for animal consumption and this would then become waste.

“This group in the US spent four years looking at how the system would work with no animal foods present. The second circle is bigger because food production had to go up by 23% in order to produce enough calories from the food to feed the population. 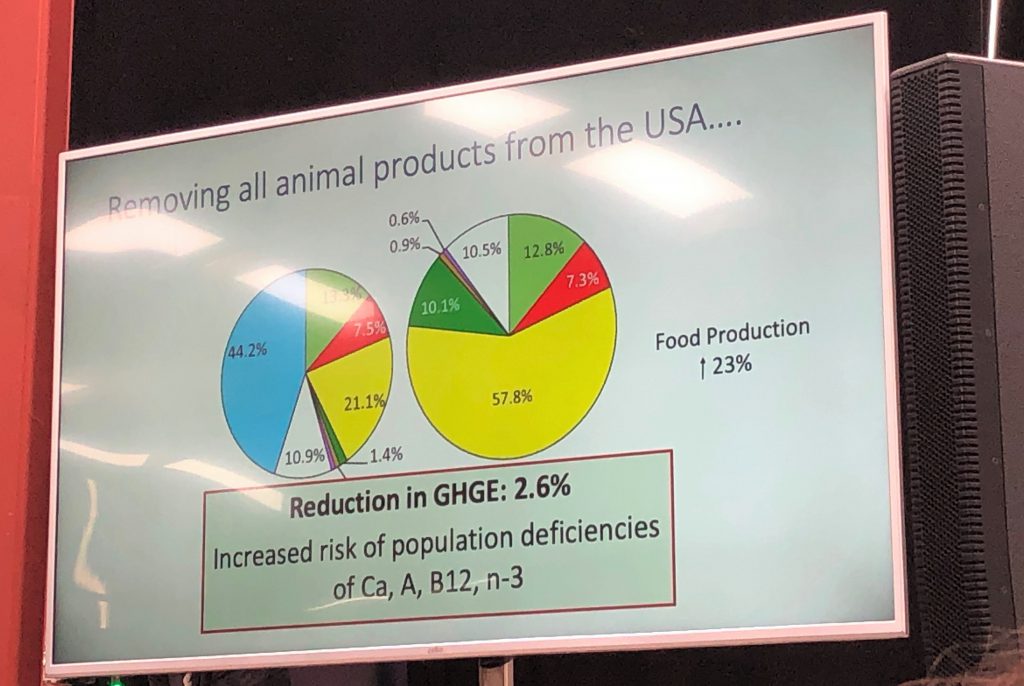 “The largest increase was in the yellow area – which is the grain area – to produce things like soya beans for enough protein for the population. As you can see, the red and the light green area which are fruit and vegetables did not increase.

After all that, the reduction in GHG emissions was just 2.6%.

“At the same time, there was an increased risk in population deficiency in calcium, vitamin A, B12 and omega-3. They then concluded that it wasn’t a viable option.”

Finally, she made reference to a study which compared vegans, vegetarians and omnivores in terms of their bone mineral density.

She said: “Compared to omnivores, vegetarians and vegans have a much lower bone mineral density and vegans also have higher fracture rates.

“I think it is important that we acknowledge that such substantial changes on a population level can have dramatic effects.”

Dairy focus: 'Eating the grass and producing the goods' in Co. Monaghan