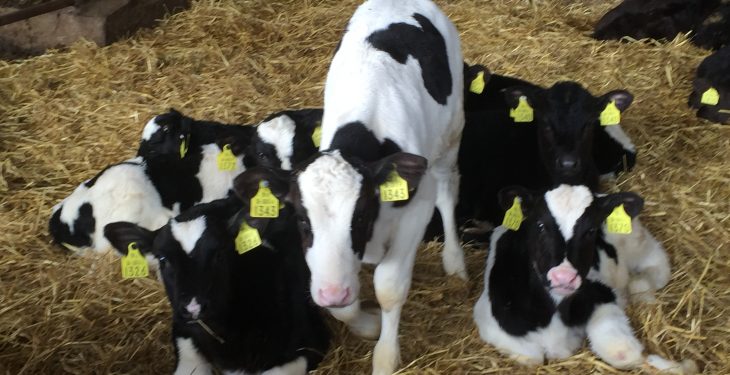 Calf exports witnessed a massive increase in 2018. Some 138,234 calves were exported from Ireland by live export means over the first six months of 2018, figures from Bord Bia indicate.

In addition, there has also been a marked increase in the number of dairy progeny registered so far this year. Figures from the Irish Cattle Breeding Federation (ICBF) highlight that dairy calf births are up by 41,701 head on last year’s levels (up to week ending June 22).

Where did the calves go?

The majority of cattle exported to both Spain and the Netherlands are calves and these two countries are the chief buyers of Irish dairy bull calves.

Collectively, some 102,755 calves were shipped to these countries so far this year; most of these animals are sold into the veal market.

During the first six months of the year, the number of calves exported to Spain increased by 15,395 head or 37% on the same period in 2017, Bord Bia figures show. 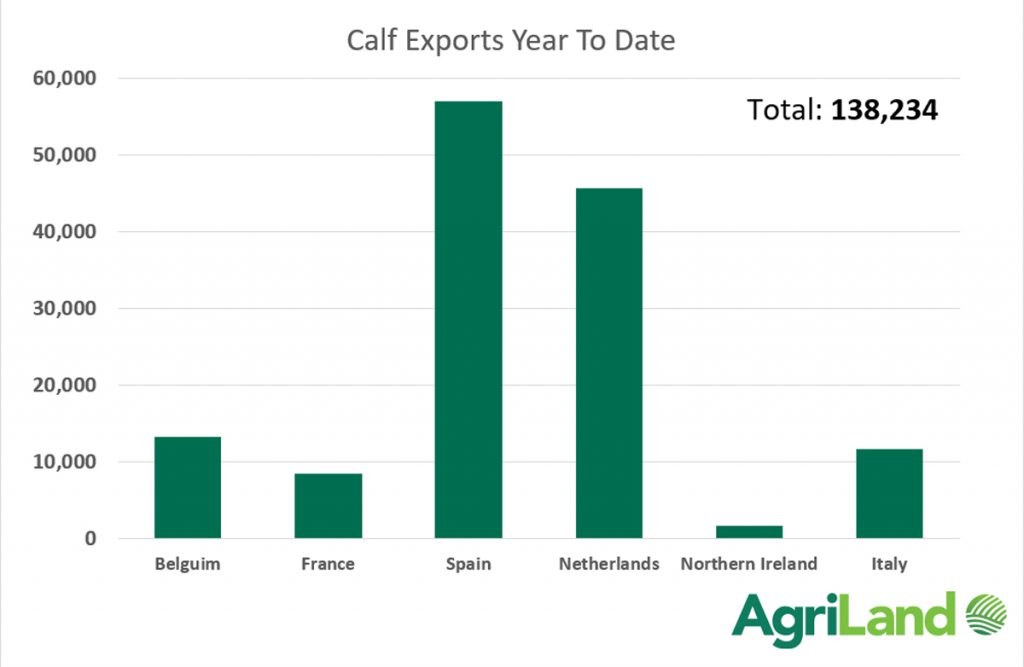 Calf exports to the Netherlands are currently running ahead of 2017 levels. Some 45,735 left Ireland bound for the Netherlands up to July 8; this is a 4,677 head or 11% increase.

Meanwhile, there has also been an increase in the total number of calves shipped to both France and Northern Ireland so far this year; calf exports to these countries stand at 8,464 and 1,784 respectively. 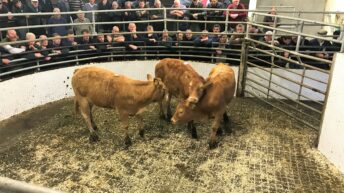 Cattle marts: Drought takes its toll on the market