What can be done to reduce lameness in your flock?

Lameness is a massive concern for sheep farmers, not only for the negative effect it has on the animal’s welfare, but also the considerable loss in farm profits that it incurs.

At this time of the year – during the breeding season – lameness can be a major issue, as a lame ewe will have a loss in appetite.

This will, therefore, have a negative effect on the ewes: productivity; fertility; and longevity.

Furthermore, lameness creates a major cost on many farms in terms of time and money spent on products to treat and prevent the condition.

The three main types of conditions associated with lameness are:

Footrot is one of the most common infectious causes of lameness on sheep farms.

It can result in economic losses through reduced liveweight gain in lambs; reduced fertility in ewes; and reduced mobility.

It is highly infectious and can spread quickly throughout the flock. Footrot can be identified by a foul, very distinctive smell and underrunning of the hoof causing the sole and the hoof wall to separate.

This occurs between the hooves and is usually red or pink in colour and moist in texture.

It stems from inflammation of the skin between the digits. Antibiotic sprays or footbaths are usually sufficient. However, with scald, there is no smell and no involvement of the hoof. 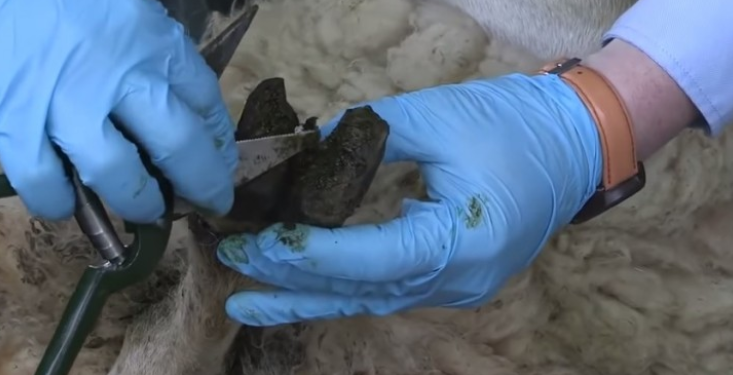 This type of lameness starts at the coronary band (where the hoof and the hair meet). It usually spreads rapidly to the underrun of the hoof wall. It is mainly the outside wall of the hoof that is affected.

There is no foul smell; however, it bleeds easily and, as the name suggests, it can be contagious.

It is important to note that sheep can be affected by both footrot and CODD at the same time.

Sheep should be treated with an antibiotic spray and footbath solution.

Control measures that a flock should undertake can be summarised in a five-point plan.

Have you enough space to house your ewes for the breeding season?