What are the benefits of calving gates? 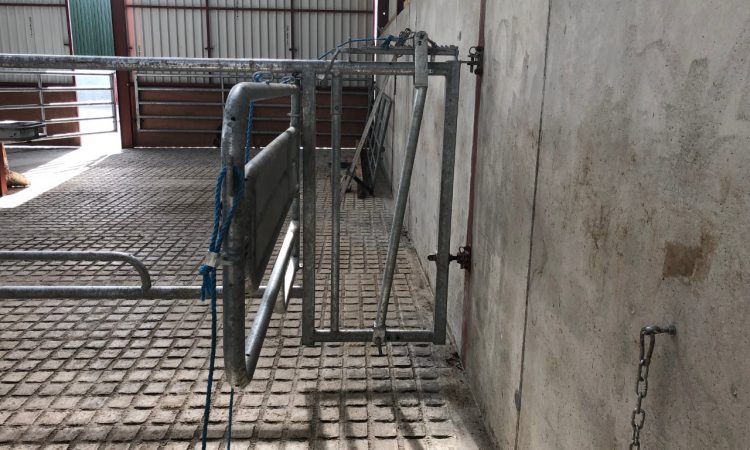 With the calving season approaching for many farmers – especially dairy – now is the time to make sure facilities are up to scratch.

One such facility on a farm which is critical in ensuring safety for the farmer, but also to make the process of calving a cow much smoother, is a calving gate.

On many new dairy units across the country, the incorporation of a calving gate is quite common.

Many dairy farmers will say that the majority of their cows will calve unassisted. However, those that don’t need to be given a helping hand.

Therefore, to make this process quick and easy for the farmer, an option is to install a calving gate.

There are three main types of calving gates:

The suckler calving gate is similar to the 3-in-1 calving gate except the full gate can hinge after the headlock.

On a recent visit to a new calf shed in Co. Kilkenny, I spoke to a farmer about his decision to install a calving gate and whether it was worth the extra investment.

He said: “Last spring was the first time the calf shed was used. The majority of the cows calved on their own which was great. However, any cow that required assistance; the calving gate made the job so much easier.

“The shed was designed in a way that the two calving pens and the calving gate can be used in both pens – which is handy if I have two cows calving at the same time.

“The most important thing now is it’s safer to handle a cow. Before this, I would be in the pen with the calving jack trying to pull a calf while the cow was walking around the pen. The calving gate eliminates the stress on the cow and the farmer,” he concluded.

Calving gates offer a number of benefits such as: 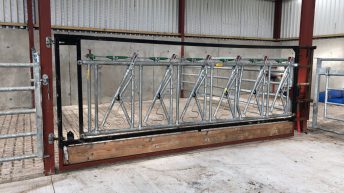