Sheep focus: Scanning 200 ewes in preparation for the lambing season in Co. Cavan

Farming in Drumgorry, Co. Cavan, Fergal McDermott and his parents run a flock of 350 ewes, along with producing free-range eggs.

In 2015, Fergal left his full-time job to go farming alongside his father – who was an agricultural contractor – in running a sheep enterprise.

Prior to this, the duo used to run a suckler enterprise. However, due to the hilly and wet ground, it became a struggle to maintain the land and to make a profit from it.

This, in turn, led Fergal down the route of sheep farming. He felt the land they had would be more suited to sheep compared to cattle.

Over the past four years, the flock has gradually increased from 100 ewes up to 350 ewes. Fergal believes he has the land capacity to hold up to 500 sheep.

Of the 220ac, 70ac is rented while the rest is owned by the McDermott family.

The farm operates a mid-season lambing system, with the majority of the ewes lambed down by late-March.

Over the past two years, Fergal stopped buying ewes from the mart and instead has kept his ewe lamb replacements with the idea of operating a closed flock.

The flock is quite young, with the oldest ewe being four years-of-age. Fergal plans to start becoming more ruthless when it comes to culling in order to breed the best-quality ewes possible.

This year, he bought 50 Mayo Mule ewe lambs at a production sale in August, which he says are the last he plans to buy in.

Furthermore, Fergal buys between 25 calves every year and runs them alongside the ewes in a mixed-grazing system, which he believes is having a positive effect on grass growth. 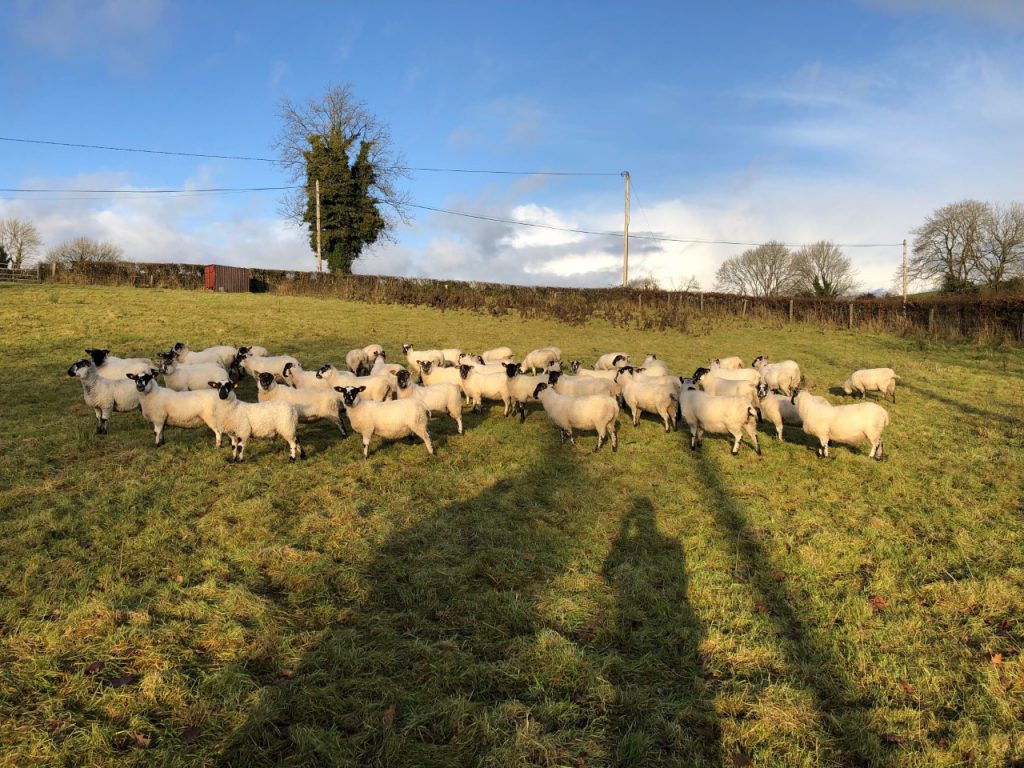 Some of the Mayo Mule ewe lambs bought this year

This year’s breeding season has been a busy one for Fergal. Over 350 ewes and ewe lambs were bred to seven rams which included: Charollais; Rouge de l’Ouest; and Beltex.

When AgriLand paid a visit to Fergal, the breeding season had come to a close and the next task was to scan his Mule and Lleyn ewes.

During the course of the breeding season, one ram served 50 ewes.

The ewes and ewe lambs are still grazing and won’t be housed until two weeks prior to lambing.

The lambing season is set to kick off on February 12, and will last for up to six weeks.

On Wednesday, December 11, Fergal gathered his flock of 200 ewes to be scanned. He restricted the ewes feed intake for 8-10 hours prior to scanning.

This made it easier for the scanner to pick up how many lambs each ewe was carrying.

The scanning process took just over an hour to complete, with 10 seconds being the average time it took to scan a ewe. 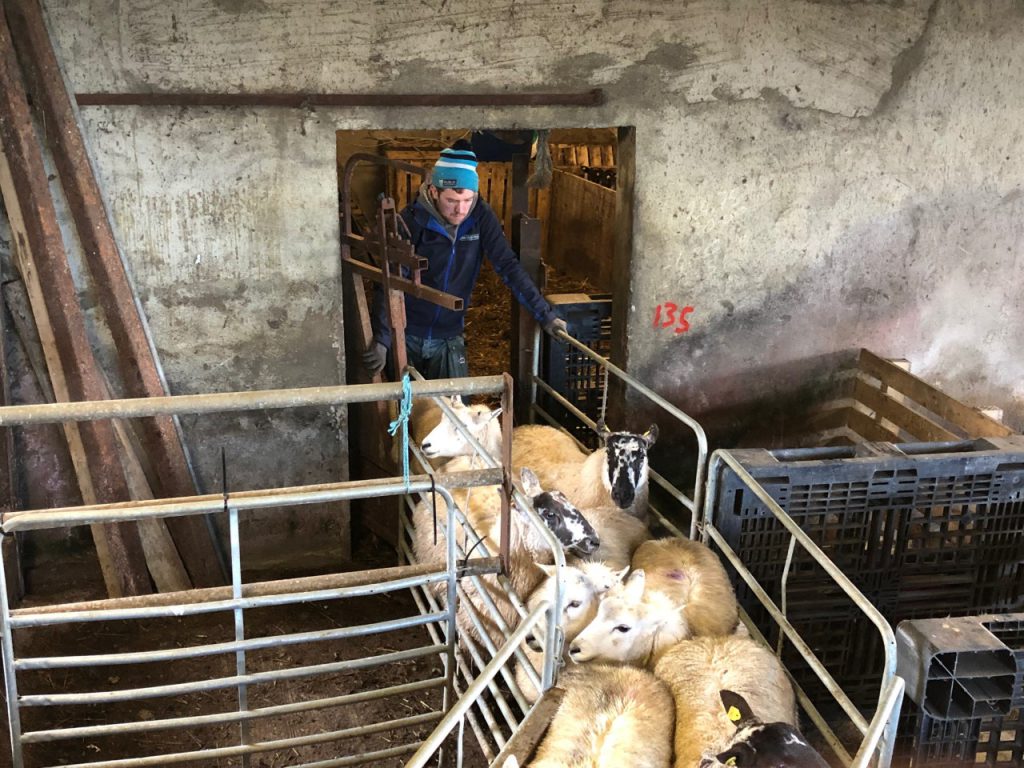 Speaking to AgriLand on the day of the scanning, Kieran McGee of Farm Relief Services (FRS) said: “To improve the accuracy of the scanning it is beneficial if the ewe is not fed a few hours prior to scanning.

“It not only improves the accuracy but it also speeds up the process.

“To get the most accurate results, it is best to scan a ewe when she is between 80 and 90 days in-lamb. If she is scanned before this there is a chance the scanner won’t pick up the lambs. Therefore, she will be considered empty,” Kieran concluded.

Fergal plans to scan his 150 ewe lambs in January, as their breeding season kicked off later than the rest of the flock.

On the day, the average scanning rate was 1.8 lambs per ewe – which is very good. Fergal puts this down to the fact that both the Mule and Lleyn breed are quite prolific and the fact that the ewes were fit not fat coming into the breeding season. 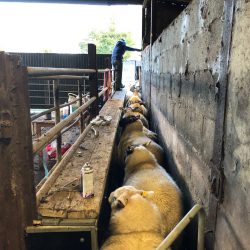 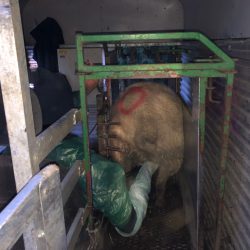 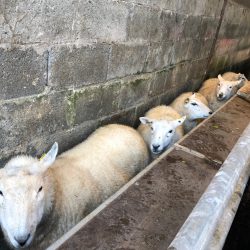 On the same day as the scanning took place, the last of this year’s crop of lambs were taken away and sent to the factory.

These lambs consisted of Lleyns, which Fergal found extremely hard to finish compared to the offspring of the mule ewes.

Speaking to AgriLand, Fergal said: “The Lleyn breed wouldn’t be the most popular around this area. However, I have a soft spot for them and I think the ewes have great mothering abilities.

“They are quite a hardy breed of sheep and they are low maintenance. The only downside to them is it is very hard to finish their lambs.

“I am glad to have got rid of the last of the lambs and just focus now on getting the ewes ready for the lambing season,” he said.

The 13 lambs that were sent to the factory weighed between 47kg and 52kg, but Fergal says it took a long time to get them to that weight.

Overall, 300 lambs were born last spring, with 90% of these sent to the factory last September. Fergal picked out the best of the ewe lambs he wanted to keep as replacements.

Fergal regularly dosed his lambs throughout the summer, He is a big believer in using boluses as the land is quite heavy and wet. Due to this, lambs are more susceptible to picking up parasites and other diseases.

As well as dosing them, Fergal regularly moves his lambs onto fresh pastures as often as possible so that have access to good-quality leafy grass.

“I am severely understocked so I had plenty of grass for my lambs this year,” Fergal added. 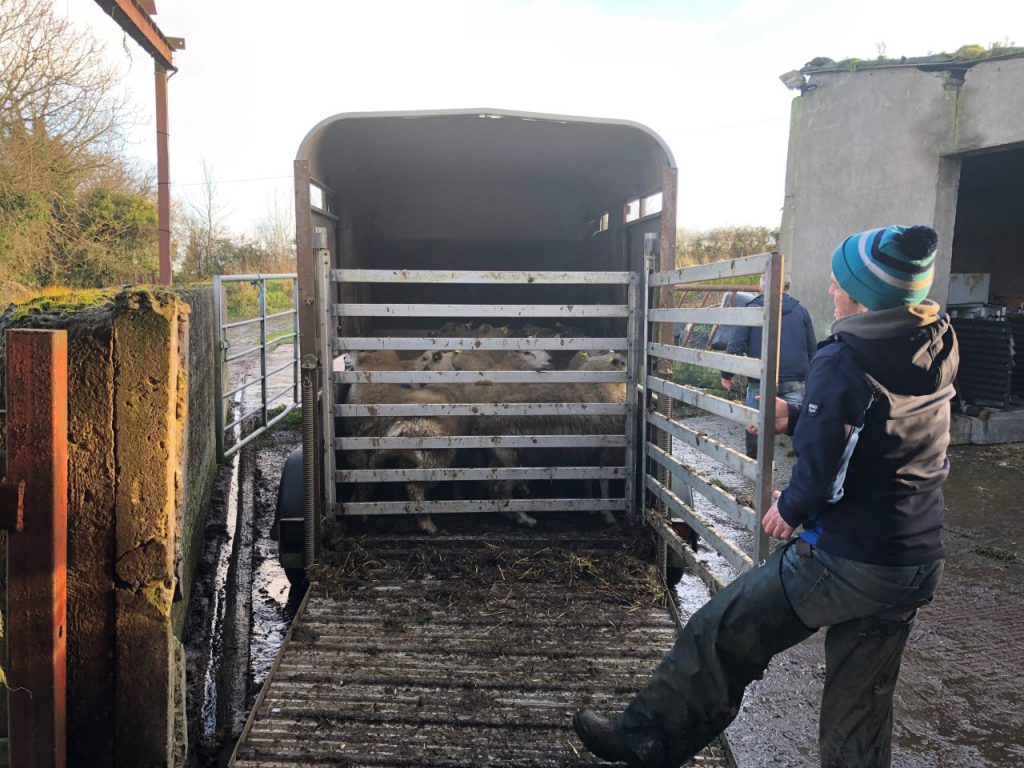 For the upcoming breeding season, Fergal will be lambing down 350 ewes – the most he has ever lambed down in his four years of sheep farming.

However, he does not plan to stop there. Next year, he hopes to increase ewe numbers again and feels that the land is capable of holding up to 500 sheep comfortably.

“It has taken nearly four years for the land to recover from the cattle. The land around here is quite heavy and hilly. Therefore, when we had cattle, by the time October would come the land would be ripped up and poached.

“We used to have a much longer housing period when we had the sucklers. However, with the ewes, it is a completely different story. They are still out on the land, and will be until February – weather dependent,” he added.

As well as increasing numbers, he plans to build a new sheep shed to accommodate the ever-increasing ewe numbers.

“I am looking at building a new shed down the line. I have been asking around, getting ideas from other farmers who have built sheds recently.

“I am thinking about putting down a slatted tank in the existing drystock shed as well.

“If I want to make the enterprise profitable, I am going to have to invest in facilities in order to run the farm efficiently,” Fergal said. 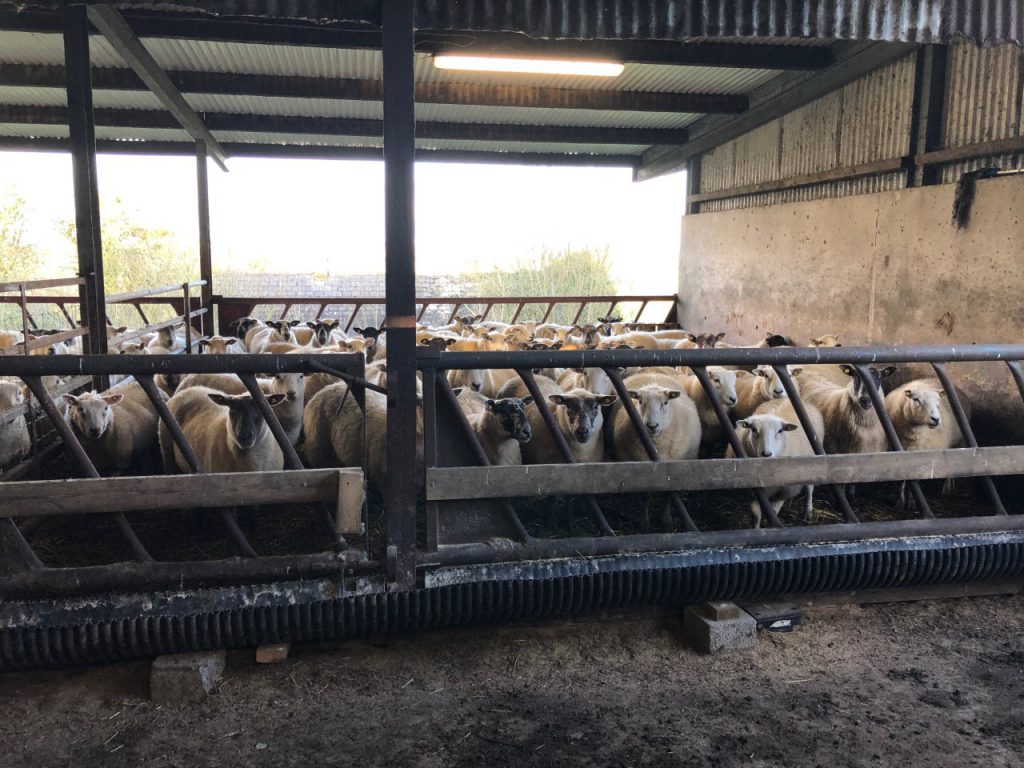 These ewes were housed 10 hours prior to scanning

Fergal believes he made the right decision switching from a suckler enterprise over to sheep farming.

“The land we have here is definitely more suited to sheep compared to cattle and that can be seen with the returns we have made since switching over.

“I remember I bought a cow in-calf at the mart a few years back and the calf died at birth. It was a big hit financially, but also the fact I had to wait another year before she would calf again.

The financial difference between losing a calf and a lamb is not even comparable.

“I am lucky; since I started lambing down ewes I have had very little hassle. The majority of them lamb down without me having to assist them.

“This allows me to manage both the sheep and the free-range egg enterprises efficiently and so far everything has worked out well,” Fergal concluded. 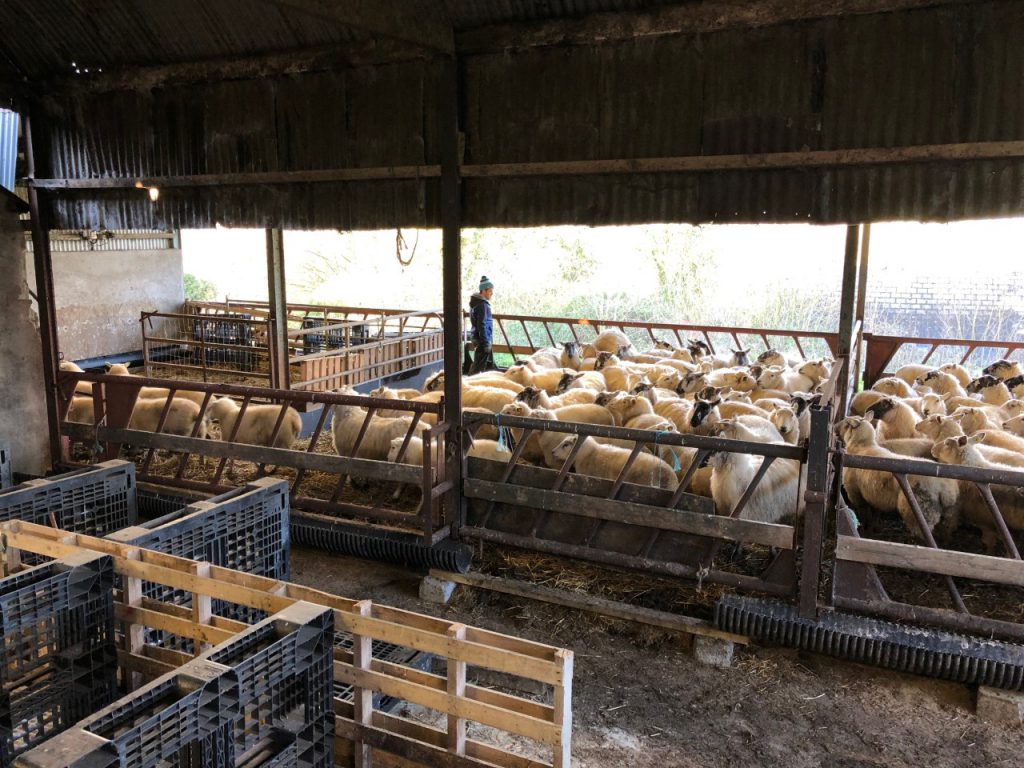