A stone building said to have been used to house animals the night before fairs at Roslevan, near Ennis, Co. Clare, is being restored under the Green Low Carbon Agri-Environment Scheme (GLAS) traditional farm buildings grant scheme 2019.

Colum Frawley received approval to carry out conservation works on the structure at Drumgranagh, Barefield, Ennis.

“The works involve repairing the old slate roof and stone work to arches and the front wall of the limestone coach house building. I have been working with local contractors on this and despite a few hold backs due to the weather, we are nearing completion,” said Colum, a sheep farmer with approximately 65ac.

“The building, within 3 miles of Ennis town centre, has a strong heritage in the area. I have been told it was used as a place for animals to stay the night before a fair which was held at Roslevan in the past.

“Roslevan is now a shopping centre. Back in the 1800s, apparently there was a fair there and people would bring their livestock to our shed the night before, so that they would be rested for the fair.

“There is an old track leading from our land to Roslevan; it’s overgrown now. This is approximately a few hundred metres. The original owners informed us of this,” said Colum. 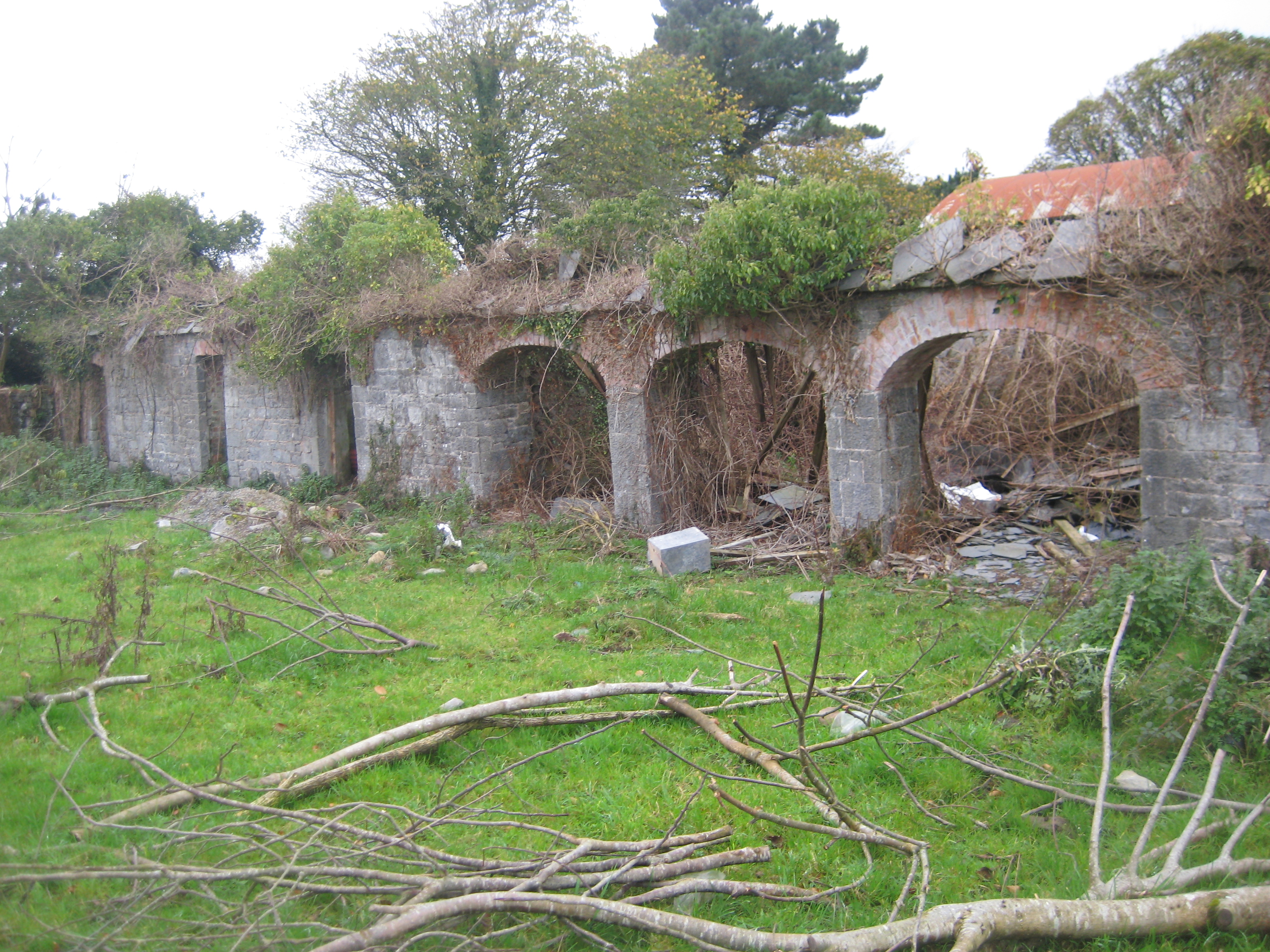 “The building is shown on the 1800s ordinance survey maps. The project is about retention, repair and reuse of all existing fabric where all the original slates, stone and bricks are been reused,” said Colum.

“My wife, Bríd, and I purchased the farm four years ago. We are currently farming the land and finalising the process of conserving and retaining the structure of this old building for use. The only other building on-site for farming is a hay shed.

“The yard is set upon a height over the surrounding landscape and commands views out towards Barefield and Ballymaley.

“The shed that we are restoring can be described as a long limestone coach house style building with brick arched openings and sheds that would have been used for carriages and farm animals.

“After purchasing this farm, we found this building to be in a complete derelict state, overgrown and neglected. 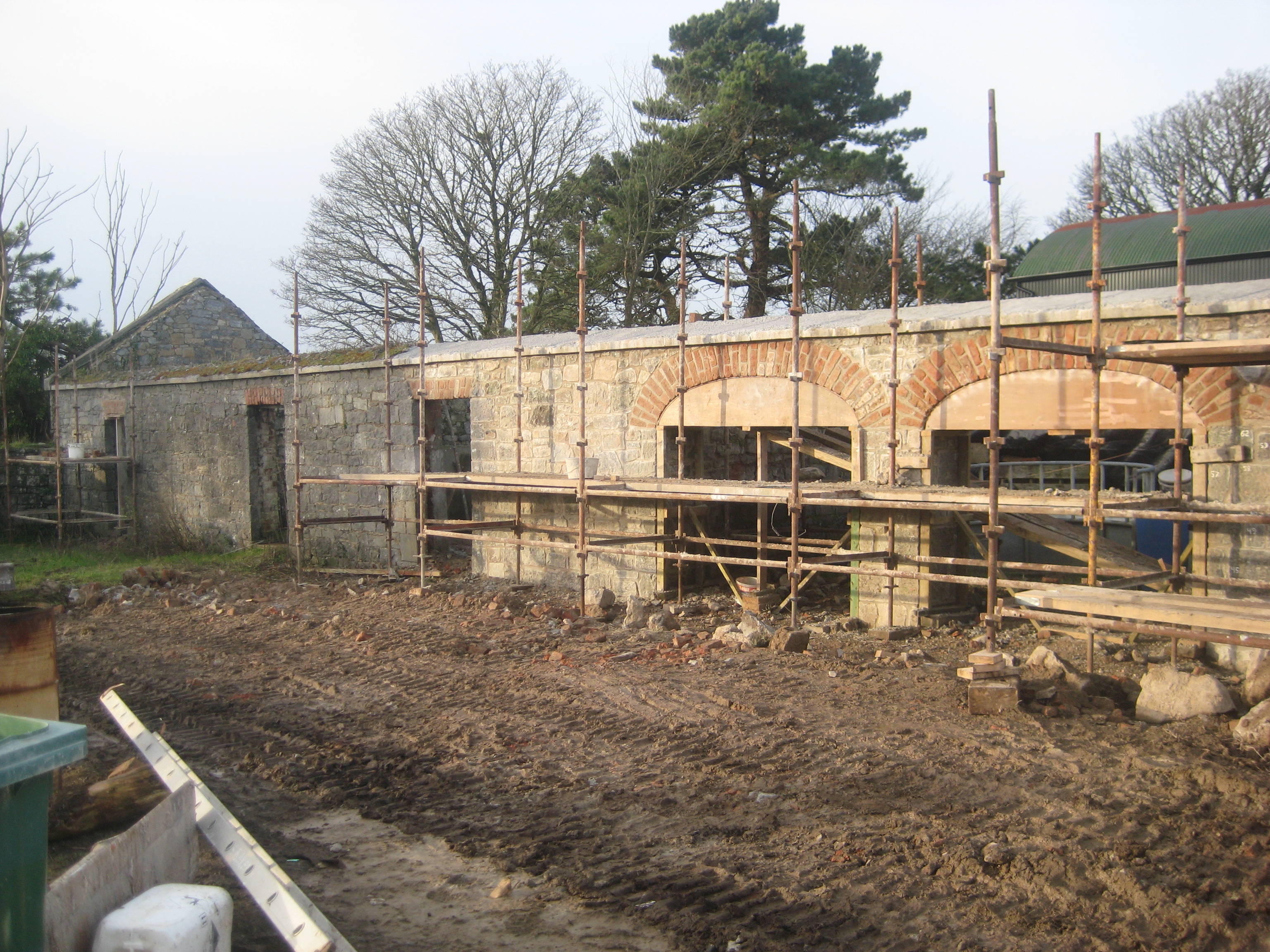 “Through further investigation we found out pieces of history associated with this property.

“While there appears to be a modest dwelling associated with this coach house, there is also an apparent pathway leading south-west to a roadway that links this property to Roslevan House.

“So, it may have been built as farm staff accommodation for this big house or other adjacent gentry houses as the main building is built in the style of coach houses and farm house associated with gentry,” said Colum.

“In conjunction with and through the guidance of the Heritage Council, phase one of the project began with retention, repair and reuse of all existing fabric where all the original slates and stones were all proposed to be reused; where necessary any extra stones that were required were taken from stone walls in the vicinity of the building,” he said.

“Due to large cracks on the front face, a local conservation engineer and conservation architect looked into the possibility of tying the building back together, but unfortunately this was not possible due to the size of the cracks.

“During the restoration, approximately 75% of the front wall of the building had to be taken down and rebuilt. 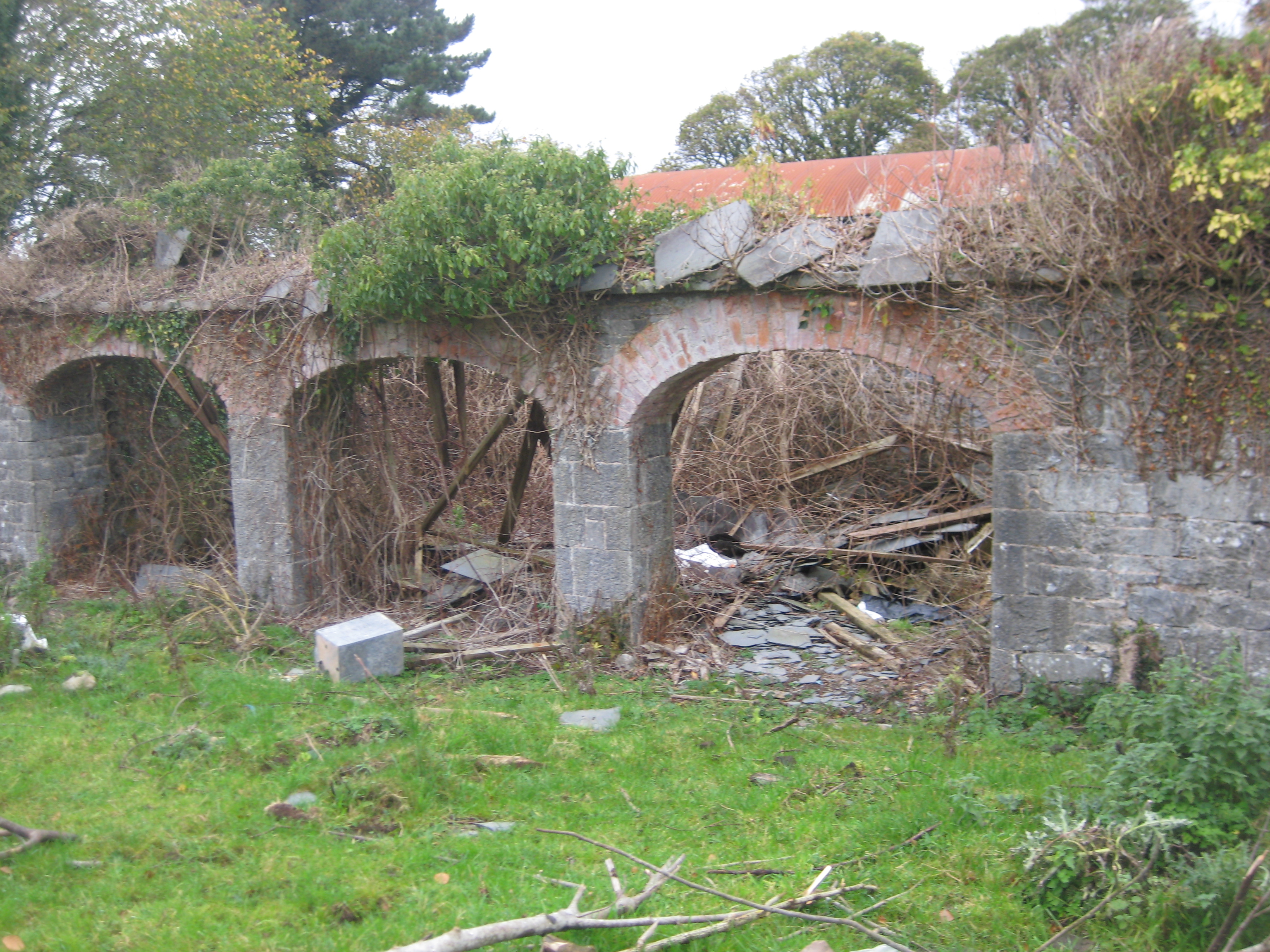 “The building is in excess of 100ft long, comprising arches and stone building. We slated the first section on the east side, with the remaining original slates onsite and sourced any required from the locality.

“This building will be used for farming purposes, such as lambing; feeding; dosing; and clipping of sheep,” he said.

“Also, as part of the GLAS programme, we have sown wild bird cover which is on the edge of the town boundary. From this, you can see various birds over these cold mornings beginning to feed off this.”