A new €10 million investment in Teagasc, Fermoy, Co. Cork was officially opened by the Minister for Agriculture, Food and the Marine, Michael Creed, today, Friday, December 13.

The investment was made by Teagasc and the dairy companies who are shareholders in the facility – titled Moorepark Technology Limited (MTL).

According to a statement from Teagasc: ” MTL is a modern pilot plant facility containing versatile scale processing equipment across a range of applications, making it one of the foremost pilot facilities in the world”.

It was initially set up in the early 1990’s as a dedicated state-of-the-art pilot plant to meet the growing research and development needs of the dairy industry.

This new MTL pilot plant extension allows dairy companies and other food companies to develop new products and adapt existing food offerings, to meet the needs of an ever changing consumer.

“MTL underwent a detailed review process and emerged with an ambitious strategy for development and growth, which is secured with this €10 million investment. 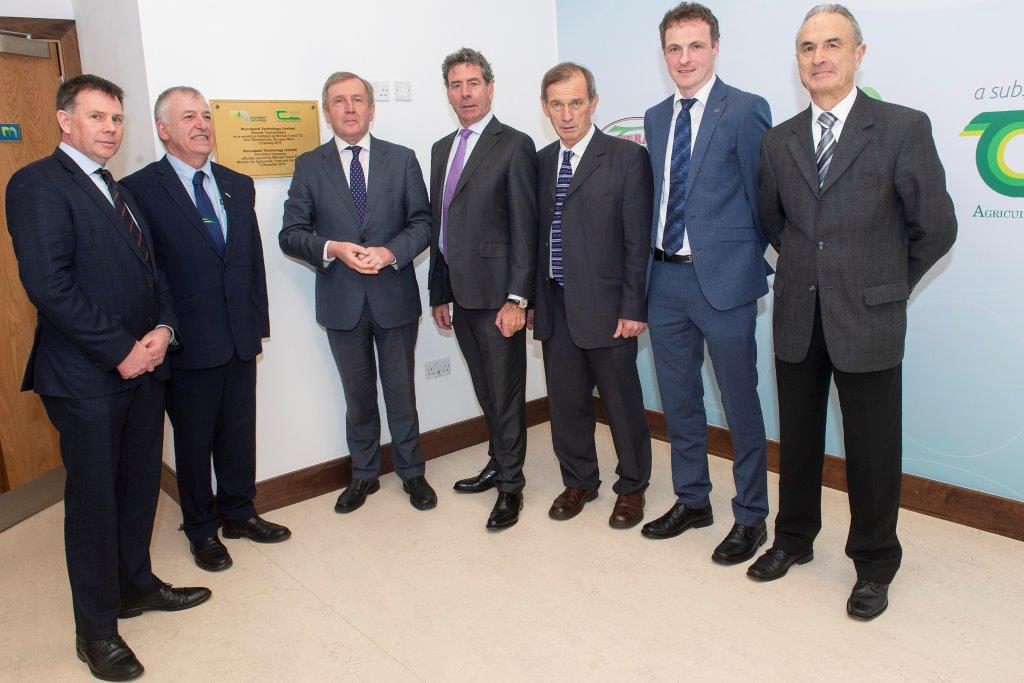 “I want to acknowledge the shareholders’ commitment and their desire to position MTL as a futuristic pilot plant,” he concluded.

Chairman of Teagasc Liam Herlihy expressed his thanks to each of the shareholders and the minister for making their respective investments.

He said: “The pilot plant can provide critical technical knowledge in applying research and optimising a large-scale plant.

It allows the implementation of new products and process changes in controlled and least-cost principles.

“The range of equipment and technical knowledge, combined with the range of testing and analytical facilities from the Teagasc Food Research Centre, makes this campus a huge asset to the industry.”

“We have a comprehensive food research programme based here in Moorepark and at the research facility in Ashtown, Dublin, providing expertise to the broad spectrum of Ireland’s food industry.”

Chairperson of the MTL Board Cal Flynn said: “The investment in MTL has seen increased usage of the facility in line with the forecasts in the strategic plan.

“It now has a base infrastructure to build on to support the urgent development requirements that Brexit has foisted upon the Irish Dairy industry and food sector as a whole.”

Ownership of MTL is on a shareholder basis with Teagasc being the majority shareholder (57%) and the remaining shares being held by nine dairy processing companies, Enterprise Ireland and Ornua.

The dairy companies with shareholdings include:

The shareholders were represented by their respective chairs and CEOs at today’s official opening.