What are dairy bull calves worth now, based on current beef prices?

In January of this year, Teagasc published figures relating to the value of bull calves coming from the dairy herd – using base prices at the factory gate of €4.00/kg, €3.90/kg and €3.80/kg.

However, as has been widely publicised, the price of beef has now collapsed to a level that has not been seen for some time. So, what are dairy bull calves worth now, based on current beef prices?

Speaking at an event in Co. Kilkenny last night, Tuesday, September 3, Teagasc’s head of drystock knowledge transfer Pearse Kelly outlined updated values of calves coming on stream for beef production from the dairy herd based on factory-gate prices of €3.40/kg, €3.50/kg and €3.60/kg.

The following analysis is based on a net margin of €200/head before support payments. So, to make €200/head, what price does the carcass have to achieve? And, consequently, what should the cost of production be? 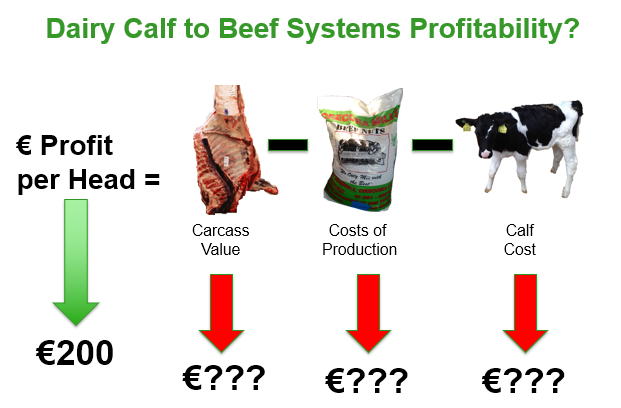 Using research gleaned from the national database over the past five years, along with information from Teagasc Johnstown Castle, Teagasc Grange and the Teagasc Green Acres Programme, a Friesian bull calf – finished under a 24-month steer system – will, on average, achieve a 316kg carcass (O- 3+).

Turning his thoughts to the price grid in the factories, Pearse highlighted that this leaves that animal somewhere in the region of -18c/kg versus the factory price. This finding is based on getting the 12c/kg payment for an O- carcass from the end of September onwards, as a result of the beef talks which took place in Backweston last month.

Aberdeen Angus / Hereford steers come in at 316kg (O+ 3+) on average and there are small bonus schemes available. Including the quality assurance (QA) payment, this leaves that animal at +8c/kg versus the base price.

In addition, cross-bred steers come in at -26c/kg versus the base price. These steers typically kill out at 280kg (P+ 3+). 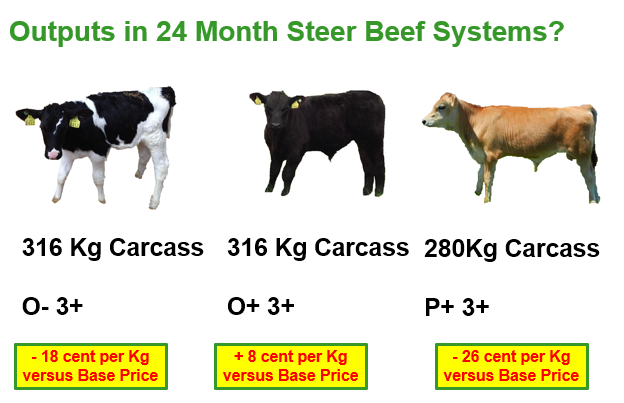 Moving to variable costs of production – which Pearse noted have not changed since January 2019 – a Friesian steer notches up €744, while an Angus/Hereford steer totals €696 and the cross-bred steer hits €688.

Looking at Angus and Hereford calves, Pearse indicated that based on a factory price of €3.50/kg and a €200/head net margin, these early-maturing breeds (good quality) have a value of just €2.00/head, whereas a cross-bred bull calf has a value of -€214/head.

In January of this year, Teagasc valued good-quality Angus and Hereford bull calves coming from the dairy herd at €122, with cross-bred calves coming in at -€107/head. 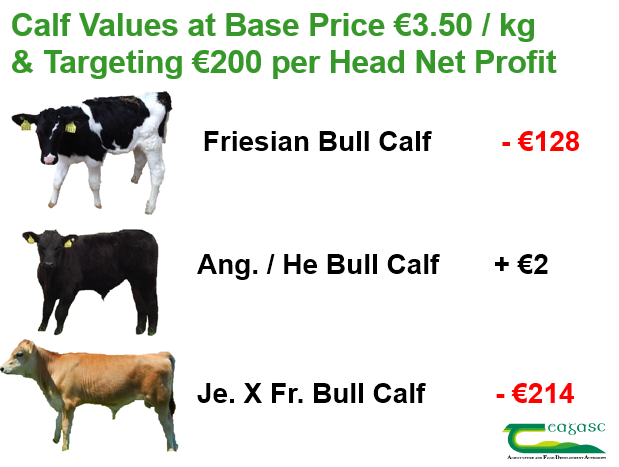 When does a Friesian bull calf have a positive value?

So, from the above analysis, a Friesian bull calf – at two weeks-of-age – is worth -€128/head. However, if it was reared on the dairy farm before being taken on by the beef farmer, is it worth more?

Pearse again based the following analysis on a factory price of €3.50/kg – targeting a net margin of €200/head.

The figures are not pretty at current beef prices, but that’s the seriousness in terms of the dairy bull calf.

On dairy calf-to-beef systems, he said: “Obviously, efficiency is still important because these figures get worse the more inefficient the system is.

“Calf price is critical and we highlighted that in January; it’s even more critical when you see the price of beef at the minute. 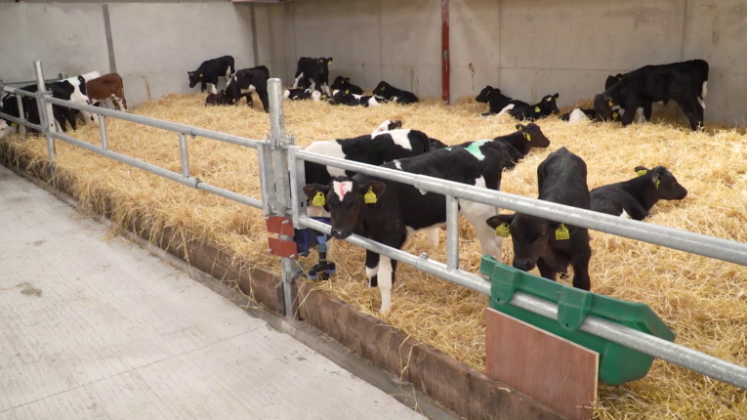 “At current beef prices, most dairy calves – with the exception of continental-cross calves – will only have a value when they are reared,” he explained.

Beef farmers must base the prices they pay for calves on realistic production costs and expected beef prices. We saw some of the difficulties in the calf trade in spring this year, and that was when the base price for beef was higher.

Pearse concluded: “If beef prices continue at current levels or even slightly above, dairy farmers need to prepare for a difficult calf trade this spring.”