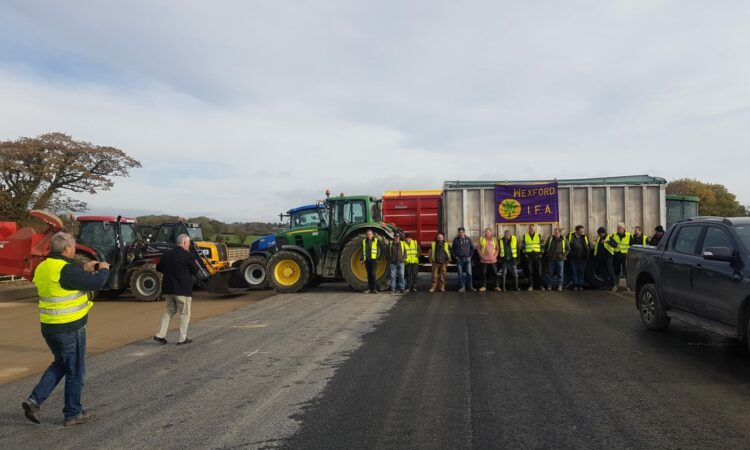 A group of farmers in Co. Wexford have relocated their blockade on the new M11 route that is currently under construction.

The blockade was put in place yesterday (Monday, October 22) near Camolin and it is understood the roadblock has moved to Oulard today near a batching plant for the road.

The road is being blocked with a slurry tank, two grain trailers, a loader and a straw chopper.

Speaking to AgriLand, Wexford Irish Farmers’ Association’s (IFA’s) grain chairman, John Murphy, explained that farmers have blocked the road as they are frustrated with BAM Construction on a number of issues. 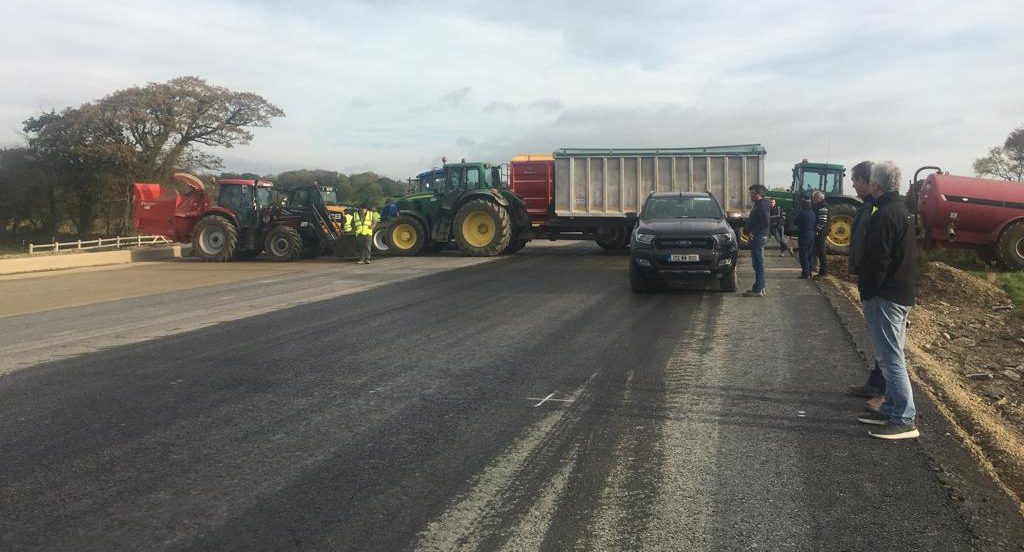 Murphy has said the road will remain blocked until the company agrees to sort matters out with the affected farmers.

Farmers want the deals that had been agreed initially to be carried out as originally planned.

He outlined that they also want the works to be done to an acceptable standard in an agreed time-frame and in a manner that will not have implications on their remaining land.

He also highlighted that farmers are frustrated as the road construction company is “making no effort whatsoever to cooperate with farmers”.

“Farmers are annoyed because we are being told that we can’t use our land in the manner we would normally be using it.”

Murphy said that, to date, all of these requests have received no response from BAM Construction.

“Our daily routine now involves working around where the road workers are – and that’s not going to happen any more,” he concluded. 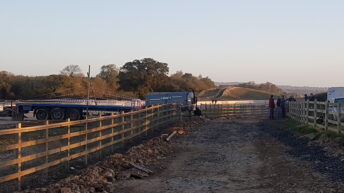