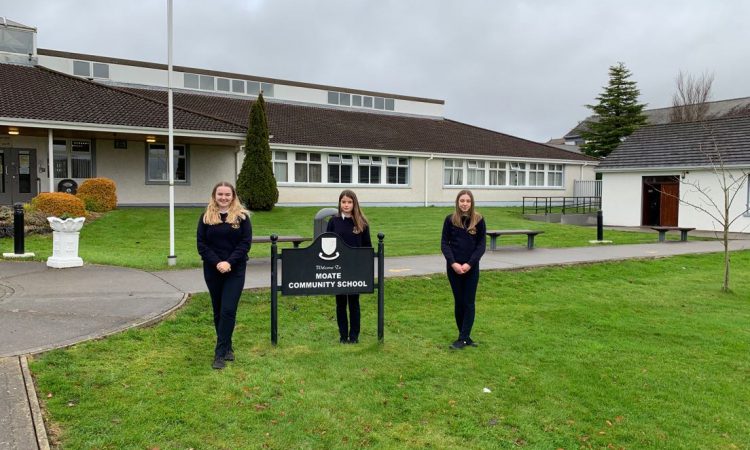 Three Westmeath Transition Year (TY) students have come up with a novel way for using sheep wool while protecting the environment. Megan Carroll, Chloe Murphy and Abby Mullins, Transition Year students at Moate Community School entered their project ‘Wool –  Saviour of Our Sea’ in this year’s BT Young Scientist and Technology Exhibition and were the winners of ‘Best Group’.

“On the news last year, we saw how a major oil spill in the Artic Circle was declared a state of emergency. We started to think about solutions because of the damage to the environment,” said Megan, who lives on a beef farm in Mount Temple.

“We carried out a number of experiments and the main one was on the absorption of oil. We sourced 13 breeds of sheep wool from some local farmers and we decided to use diesel as our oil. We cut up the fleece into 5X5cm pieces in one little sample. We did that for all the fleeces so that they would all be equal,” she said.

“We then put in 500cm cubed of diesel and to mimic the ocean water, we put in some salt. We stirred it a fixed number of times to act as waves,” said Megan.

The Westmeath TY students recorded the results of the various breeds in that experiment. “Fine bred grey emerged as the one that came out on top,” said Megan.

“However, we then did an experiment on tensile strength to see if the wool could hold heavy amounts if it was in the ocean. We discovered that the Mayo mountain scotch was the best here,” she said.

The three TY students are hoping to advance their findings. “The use of wool in this way would have benefits for sheep farmers who currently receive very little money for their wool and this has declined even further because of Covid-19. It would bring back some business for the sheep farming industry.”

Their project was one of several at this year’s exhibition tackling farming themes. 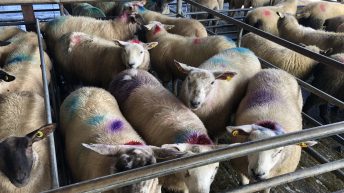 Lamb prices ‘push on amid tight supplies and strong demand’