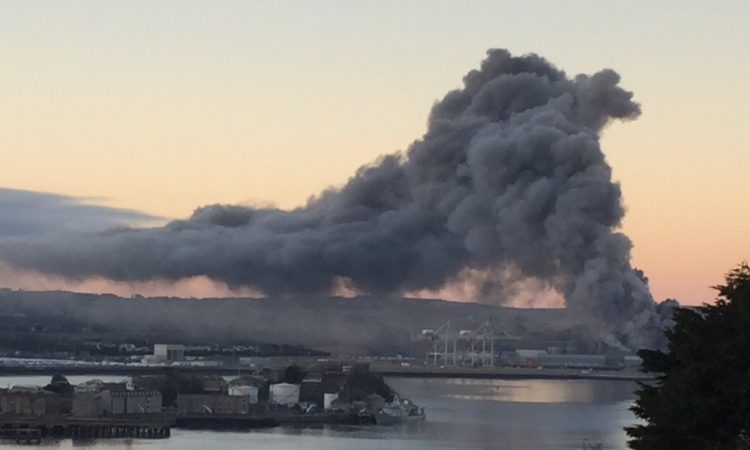 Emergency services were called into action earlier today (Saturday, January 9) when a fire broke out in a grain storage facility in Cork Port.

The incident occurred in Ringaskiddy at an animal feed and grain facility owned by R&H Hall.

In a statement on the matter, Cork County Council confirmed that “an incident was reported in the R&H Hall Grain Store at 8:40am this morning”.

“Crews arrived on site at 9:00am with tenders from Carrigaline, Cobh and Crosshaven together with an aerial appliance from Midleton and a Command Vehicle from Bandon,” the local authority said.

There were no injuries reported as a result of this incident. The Port of Cork suspended all shipping operations in Ringaskiddy; however, shipping is expected to resume in the morning.

“The fire was brought under control at 10:00am. The fire remains contained. Fire service crews are maintaining a presence on site to expose and extinguish any hot spots that may exist within the storage facility,” the statement added.

“Cork County Council would like to reassure members of the public that this is a standard approach to managing an incident such as this, which involves natural, organic animal feed.

“Any smoke arising from the site is as a result of this organic animal feed material.”

The county council concluded by noting that fire crews will remain on site throughout the night.

R&H Hall also released a statement on the matter, saying: “Following a fire at our facility in Ringaskiddy this morning, we have been liaising with the emergency services and the Port of Cork.

We would like to thank the emergency services and the Port of Cork team for their quick response and ongoing management of the incident.

“We would also like to apologise to local residents, neighbouring businesses and our customers for any inconvenience caused by the incident,” the statement concluded. 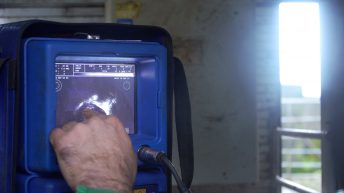