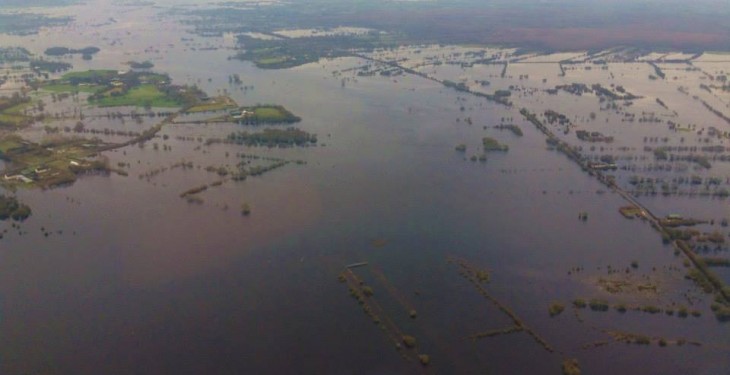 A single national waterways authority and a realisation that we’re going to have to dredge rivers and clear trees and other obstacles to the flow, is the start of a solution to the flooding, John Comer has said.

The ICMSA President said that “if that means the fish are discommoded then I’m afraid that’s the price we’re going to have to pay”.

“Flooding currently being experienced by communities all over the country demonstrated the overwhelming requirement for an end to petty inter-agency rivalries and bureaucratic diktat.”

Comer said that the comments attributed to Housing and Planning Minister, Paudie Coffey, and reported in today’s papers, in which he squarely blamed “red tape” and “bureaucracy” had struck a chord with farmers and rural communities.

This is because they chimed exactly with their own experiences of dealing with the plethora of agencies all claiming the authority to veto any work proposed that they deem as possibly affecting rivers or watercourses, Comer said.

“Farmers in particular were constantly trying to work towards improving river flow and erection of basic flood defences on their own land.”

However, he said that they were being stymied at every turn by the very unsympathetic attitude held by too many of the agencies involved that clearly prioritised their own goals and agency ambitions over the needs and even – occasionally – the safety of the people living alongside the rivers and watercourses.

We’re not unrealistic and we know perfectly well that no-one can wave a wand and stop the rain.

“Equally there’s no point in ministers trooping along for photo-ops in flooded areas and looking concerned when we have this endemic problem whereby agencies and authorities are openly prioritising fisheries, for instance, over the homes and livelihoods of families living alongside the rivers.

“We know that politicians can’t stop the rain but we’re entitled to ask them why they can’t stop the reign of confusion that arises when you have multiple agencies all busily justifying their own existence by insisting that their own agendas trump the welfare of the citizens involved.”

Minister Paudie Coffey’s comments are very much to be welcomed because they show that at least one person in a position of responsibility grasps the directly culpable role that an indulgence of excessive bureaucracy has played in these repeated disasters for the unfortunate communities and families involved, Comer said.