‘We had to go from farmers to e-commerce experts overnight’ 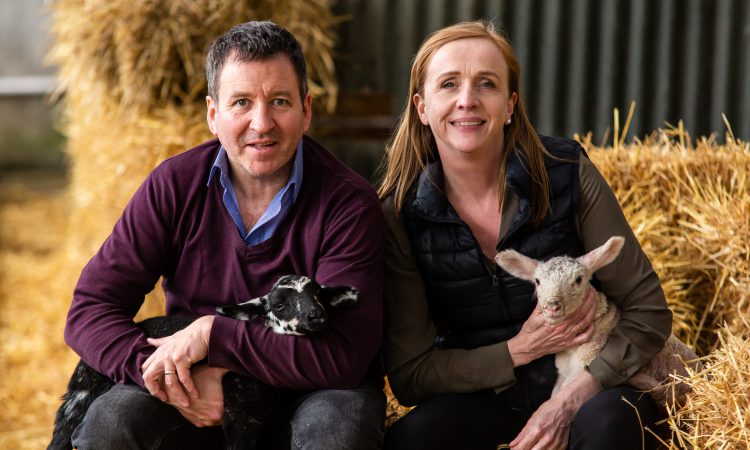 “We have had to go from farmers to e-commerce experts overnight,” said the Mayo couple behind the Velvet Cloud specialist small dairy business.

“We lost 50% of our business when restaurants closed and went online with nationwide delivery just under four weeks ago and are surprised and delighted with the results. It was a huge learning curve but worth it.”

Aisling and Michael Flanagan met while studying agricultural science in University College Dublin (UCD), graduating in 1990. This was followed by stints in Italy and France.

Aisling worked for Bord Bia in its Milan office and then moved to the Paris office. From there, she went to work with HJ Heinz Europe, as a category brand manager for frozen food products.

Michael, who grew up on a dairy farm just outside Claremorris, moved to Milan to study for a Master of Business Administration (MBA) and then went to work for Hewlett Packard in France.

On their travels, the couple tasted sheep’s milk products. “We sampled a wide variety of sheep cheeses and a wide selection of sheep yogurts,” said Aisling.

They returned to Ireland in 2000 and lived in Dublin for three years. Aisling worked in an advertising agency as a brand consultant while Michael was employed by an online bank as a business analyst.

With a growing family – two children and a third on the way – the couple decided to move west to where Michael was from, and build a house on the family farm.

Aisling was able to continue a part-time lecturing position in UCD which she is still doing and also developed a marketing training consultancy business, while Michael took up farming.

We farmed traditionally with sheep for the first few years but it was clear that there was very little return from this. We began to research the possibility of creating a sheep dairy and decided, following a lot of research, to try it ourselves.

“We had already been exposed to many sheep dairy products when we lived in Europe. We also noticed an increasing interest in the importance of gut health and the microbiome, paralleled with an increased interest in dairy alternatives,” Aisling said.

“So we felt their might be an opportunity. We made prototypes of sheep’s milk yogurt in our kitchen and sent them around to leading chefs with a letter asking for their feedback. This was overwhelmingly positive.

“We got funding from both our Local Enterprise Office and Enterprise Ireland at various stages of our development which has been fundamental in helping us to get going.

“We also used an innovation voucher from Enterprise Ireland to help us develop the sheep’s milk yogurt and cheese. It is a 100% sheep dairy farm now with Laucane, a French dairy breed and Friesland, a dairy breed originating from Holland,” she said.

Getting funding for development, she said, has been very challenging.

“We got some funding at the start but have been frustrated by our inability to grow the business for the last three years.

“For the last three years we’ve had more demand than we could satisfy – we’ve sold out of cheese every year – and have looked for funding, but have been turned down each year by multiple sources in Ireland. We finally secured some funding just before Christmas last year. However, it came from outside of Ireland.

At the beginning, sourcing quality stock was also very difficult. We have since brought in genetics from France and the Netherlands. This is quite costly but has been very beneficial.

“Pre-Covid-19, we were stocked in 100 retail outlets and Velvet Cloud featured on the menu of most of the top restaurants in Ireland including four Michelin star restaurants.

“Our customers were typically those avoiding cow dairy, those who loved cooking or those seeking out natural foods from local Irish producers. We had been growing year-on-year, with demand outstripping supply each year.

“50% of our turnover was to food service, so we lost 50% of our sales without any warning when they had to close,” Aisling claimed.

The couple hadn’t been selling online before the crisis. “We set up the shop just under four weeks ago. Our eldest son, Ciaran, is studying computer science in UCD, and is home at the moment.

“He also freelances as a web developer, so we were lucky he could add an online shop to our existing site fairly easily,” said Aisling.

“We were surprised at the positive response straight away. We thought maybe initially it was just friends and family trying to support us but orders came in again in week two and they were in again in week three and this is week four and looking good with repeat orders coming in now too,” she commented.

A silver lining has been discovered in the whole experience. “We still have a long way to go to replace all our lost business but the trend is in the right direction.

“What we’ve discovered is our online shop has opened up the possibility for people to buy Velvet Cloud to people who previously were unable to do so,” Aisling said.

“This is because our main retail stockists are in Dublin and the west, with a few in Cork. But now people from all over Ireland can buy, so we are gaining customers we never had.

“It’s also made us realise the potential there is now for our sheep cheese which sold out in February but which will come back on stream again in June,” she detailed.

The e-commerce journey has been a very steep learning curve and it’s not over yet. It’s not just important to get an online shop set up but you also have to learn how to drive traffic to that shop.

“You then have to be able to manage to fulfil the orders; pack them; label them; and ship them out. If you are going to compete for the long term, you have to learn how to use all the online tools available and pay attention to and understand your analytics.

“Irish couriers are now under a lot of pressure with the increase in online shopping so that may present challenges for businesses too,” commented Aisling.

“Customers can visit our website: www.velvetcloud.ie and buy the yogurt which at the moment we dispatch twice a week. It arrives within 24 to 48 hours, chilled because it’s packed with ice sheets in an insulated box.

“We guarantee three weeks’ shelf life and because it has so many uses including salad dressing, in wraps, smoothies, marinades, as a dip or side with curries, lamb or fish, our first customers are already coming back and it hasn’t even been three weeks since they ordered,” she said.

While people will be delighted to return to a more normal way of life when all this is over, I don’t think consumers’ buying habits are ever going to go back to the way they were. During this crisis, consumers are seeing the gaps on supermarket shelves. They are beginning to appreciate Irish food more.

“They are buying either online or via box schemes and getting really fresh Irish produce at competitive prices and they are realising that this is not complex to have them delivered directly. So we believe a certain percentage will continue to buy like this long after this crisis ends.” 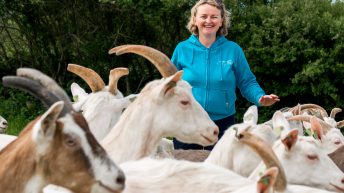 Burren producers’ initiative doesn’t put eggs all in one basket