Video: Why ‘everything is that bit faster’ on this 191-reg JCB

AgriLand paid a visit to Luggacurren, Co. Laois, to catch up with the owner/operator of a new JCB loading shovel – bought as an “all-rounder” for this midlands farm.

The machine in question is a 191-reg 413S; it was bought from ECI just a few short months ago.

John W Anderson spoke to farmer Ben Stone, who explained: “The first JCB that arrived into our yard was in ’00. It was the old JCB 412S; we traded that at the end of ’05 for another 412S. We traded again for an ’09 machine.

“We then traded that for this lovely machine; the reason was it was getting old; the hours were getting up – there were just over 6,000 hours on it and maintenance was going to get a bit high on it. So we decided to go and upgrade.

The [previous] 412S, to us, was a smashing machine; there was very little trouble with it. She’d start in the morning; start in the evening; do everything you’d want.

“That machine was used all year-round. In the winter, it was mostly feeding, lifting straw and then it would be over in the quarry loading stone. In the spring time, it would be loading fertiliser and [doing] other work. In the summer, it would be pushing up silage and loading bales.”

He explained: “Our new JCB has 20hp more. Inside the cab, the visibility is way better than the older machine.” 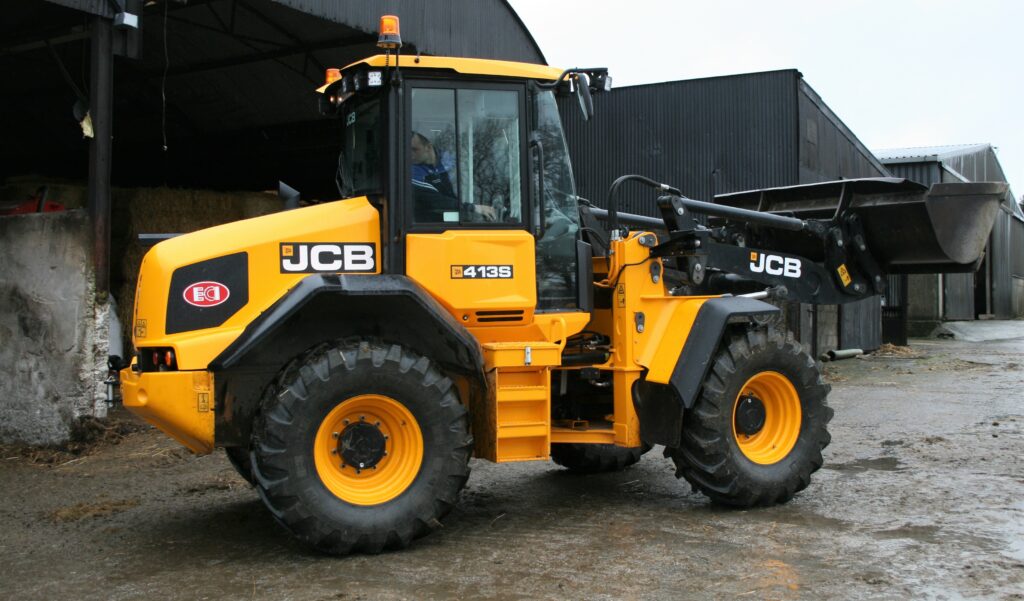 Ben noted that the 360 lighting package is a “great advantage”, saying: “It lights up not only behind you but beside you.”

He added: “We didn’t get the 413S with ‘auto-lube’ for the simple reason that we’d have to grease the drive-shaft manually; and we decided that when we were doing that you might as well grease the whole loader.”

Ben went on to comment on how the 413S gets serviced and how it compares to the previous machine on that score. In the video, he also expressed firm views on the new loader’s boom suspension and overall hydraulic performance. 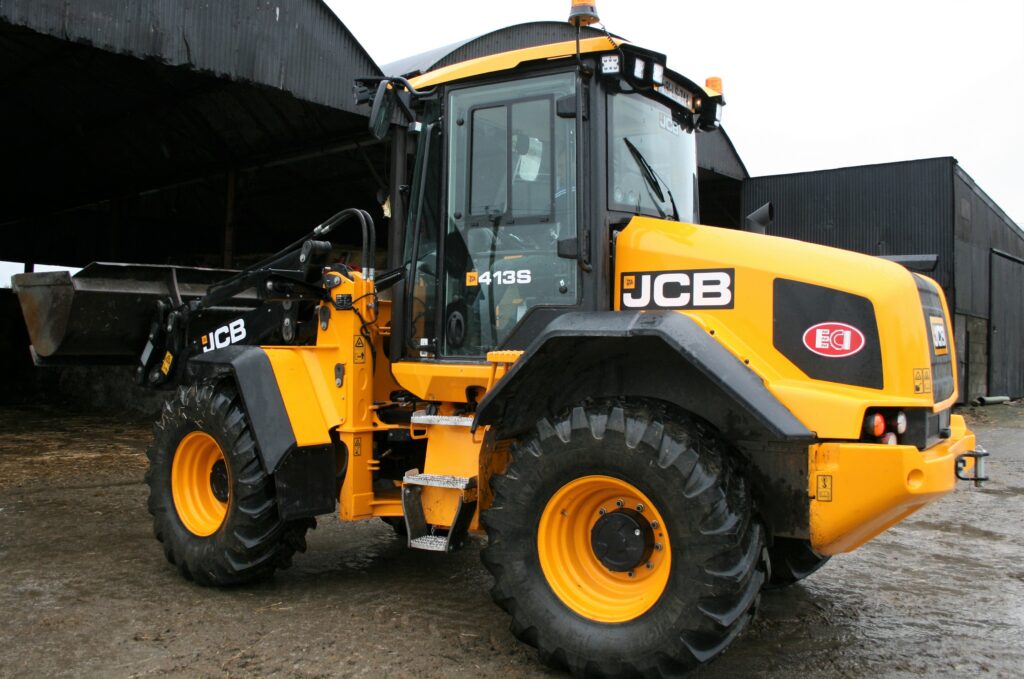 He concluded: “We haven’t gotten it onto the pit yet, but in the quarry loading shale, or on the shear-grab, everything is just that bit faster on it.”