Video: ‘When I came across this TW-35 it was kind of unique’ 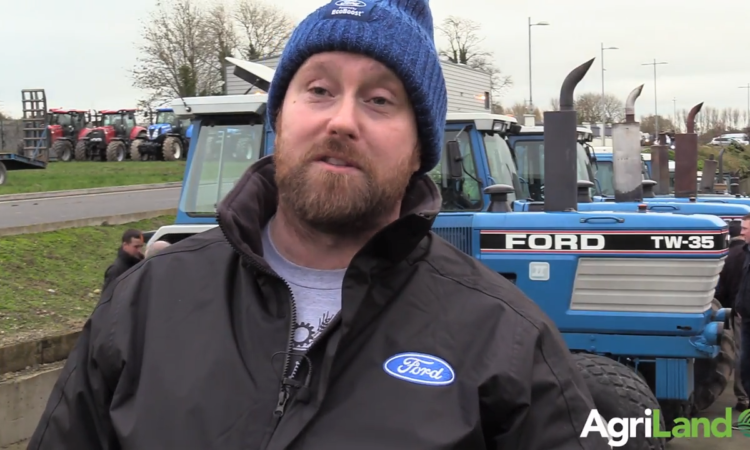 AgriLand paid a visit to an event that brought together a sizeable gathering of Ford and New Holland tractors in Kilkenny last Sunday (December 30).

It was organised by the South East Ireland Ford 6 Cylinder club.

John W Anderson was there; he spoke to Keith Lyons (pictured above) from Ballingarry, Co. Tipperary – the owner of one of the most eye-catching and unusual classics at the show. That tractor was a 2WD (186hp) Ford TW-35.

Keith explained: “I brought her in from England – out in Somerset. I only brought her in about a week before Christmas. I had her out on a tractor run in Gortnahoe on Saint Stephen’s Day. A couple of lads took pictures of her…and had her up on Facebook.

Then the organisers of this show got in contact with me – to bring her here to Kilkenny.

He went on to say: “I’m originally from Ballingarry but I live over in the UK – in London. I come over and back to Tipperary six or seven times a year.

“Now that I have her home, I’m hoping to come to plenty more shows like this. I’m a tractor fanatic myself, like a lot of the lads that are here today.”

He explained: “When I actually came across this 2WD TW-35; it was kind of a unique tractor. I went to look at it in Parris Tractors [England]. I viewed the tractor; I gave three or four hours there with Richard Parris. 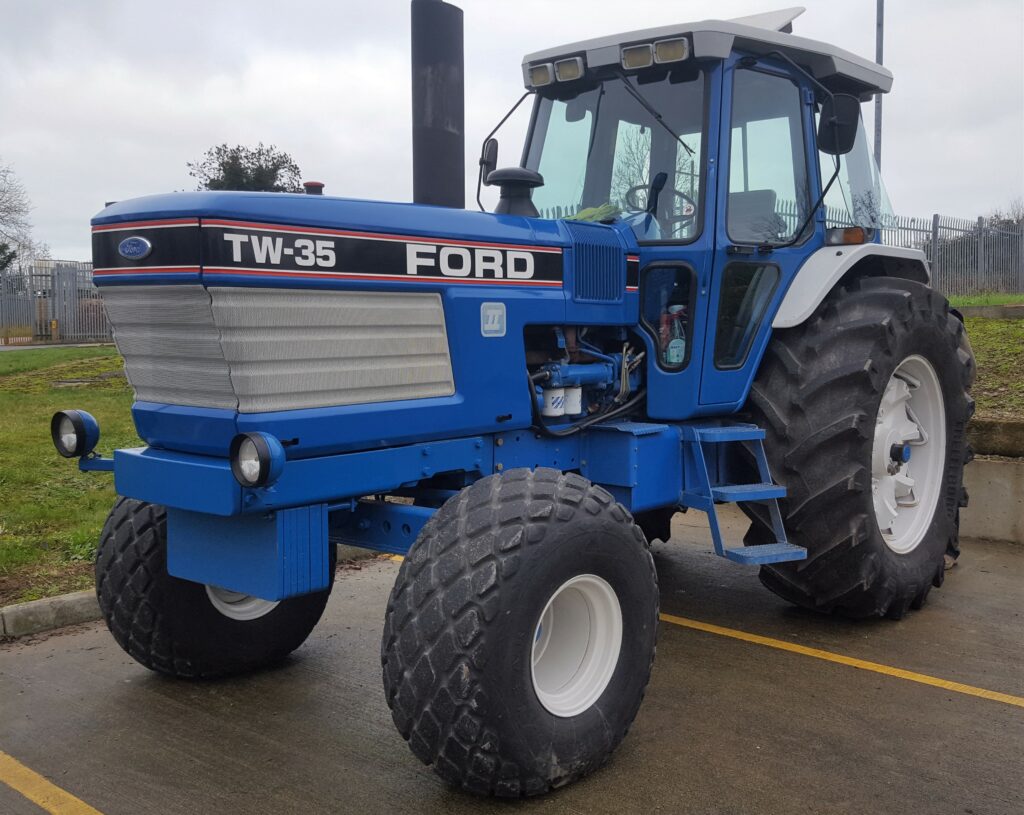 “We didn’t do the deal on the day. We went away and had a couple of arguments over the phone about it, as the lad would say. She’s here now in Ireland; and hopefully here to stay for a good few years with myself.”

According to Keith, before it landed in Parris Tractors, this TW-35 was out in Canada – on a stud farm. Richard Parris apparently then had it for 12 or 13 years; there were just 2,300 hours on the clock when he took delivery of it.

He explained: “In those 12 years, Richard only put about 250 hours on the tractor. He only had it out four or five days each summer – with a bale trailer just to give it a run. Other than that, it was parked in a shed…just for Fords.”

Keith went on to talk about the tractor’s vertical-sliding back window (in place of the horizontal-split folding unit that people would be more used to seeing here in Ireland). 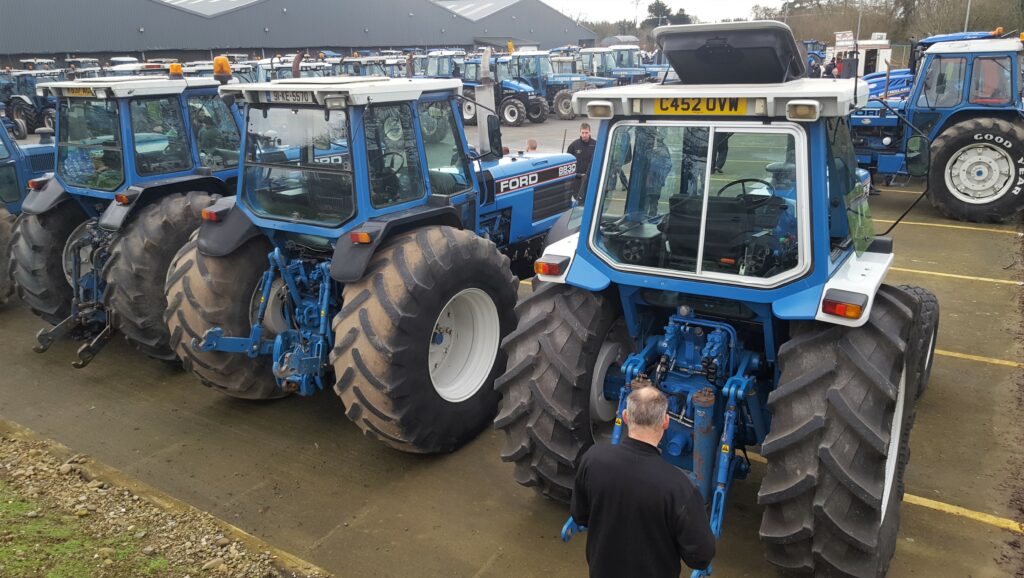 He concluded: “To drive it along the road, for an old tractor [she’s 33 or 34 years old] she’s extremely smooth for the age of it. I think she has four hours under 2,600 up now.

“I suppose by the time I get back to Ballingarry this evening or tonight she’ll probably be on 2,600 hours then.” 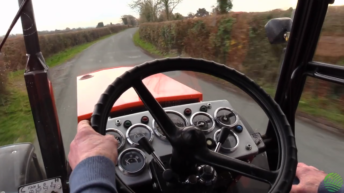