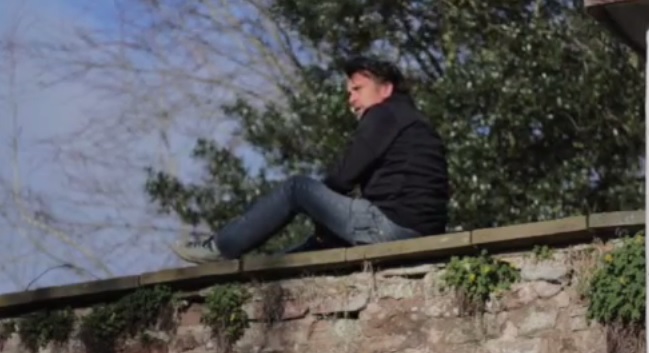 Sheep herding is helping to fill Top Gear presenter Richard Hammond’s spare time now that Top Gear is off air for the moment.

The car show presenter has set up a YouTube channel called ‘Richard Hammond is bored’ and already the channel has over 30,000 subscribers.

“Due to circumstances beyond my control, which is most circumstances really, I find myself with a lot of spare time at the moment. Which means I am mostly bored. This is about the stuff I do when I’m bored. Which right now, is quite a lot of the time,” Hammond says on the channel.

With all this spare time, Hammond has taken to the countryside and posted a video of himself sheep herding, among other things.

He has posted two videos ‘Bored’ and ‘Bored 2’. He took to Twitter to tell the world of his boredom saying he has made a cut-down version of Bored and has called it Bored 2.

Have made cutdown version of Bored. Called it Bored 2 and put it on YouTube on ‘Richard Hammond is bored’. Not so bored now

The presenter says that he “had a Landrover and a border collie to hand, the rest just kind of fell into place”.

Hammond can be seen lying on the top of a wall on his farm where he shouts “bored” he then sits up and says “I need a job”.

In the video Hammond can be seen sheep herding, drinking in a local pub and walking with his dog.