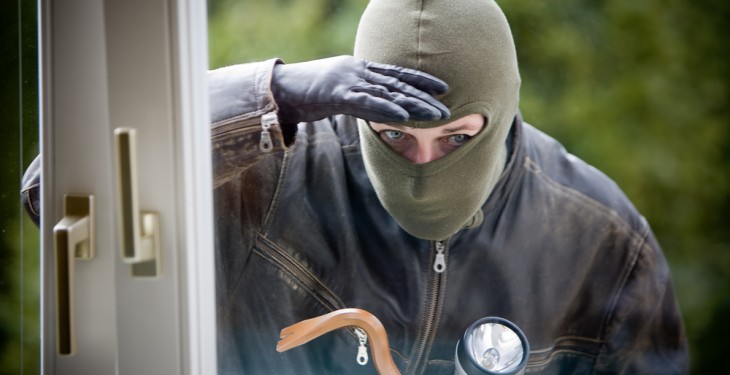 An elderly woman told her story on Newstalk this week of how she and her husband are now scared in their own home after they were burgled almost two years ago.

Newstalk’s Conor Galvin met Nancy and Michael who live in rural Clare, while he was on a housecall with Garda Deirdre Scanlon of Ennistymon Garda Station.

Nancy spoke to Conor about the burglary and said how she was in bed in the night when her husband heard lads outside.

“Michael heard lads outside, and there was three lads outside. He [one of the burglars] broke the window in on top of us in the bedroom but first he tried to get in the door because he drove an iron bar through the door.

“By the time I was up he was in on the floor, a man about six foot tall and there was two or three more outside the door and I looked at him and I said ‘what in the name of God are you doing here?’,” she said.

The robber told Nancy that he wasn’t going to harm her or her husband, that all they wanted was money.

“Michael was shouting to get the phone but I couldn’t get the phone because he had my arm held and I was afraid for my life of him. They had two or three irons or hammers or whatever they had.

Nancy got her bag and the burgler started pulling out drawers in the room and the kitchen, she said. She asked him what he was looking for and he told her was looking for money.

Nancy told him that she had no money to which the robber replied “ye have plenty of money and if you give me the money I won’t harm you but if you don’t it will be a different story”.

“I got my bag to give him the money and the next thing he grabbed the bag and all and I was trying to get the bag off him because I had doctors cards and even my reading glasses.

“He took the whole bag and I looked out and there was three of them running down the road. No-one in the world would know we were here but they knew us well the three or four that broke in,” she said.

Nancy said the next day her neighbour John found her bag in a drain, it was all wet and her reading glasses were well gone out of it. They took her two weeks pension, she said.

Conor explained that Michael had lived in the house all his life and Nancy has lived there for the last 40 years, they are now scared in their own home and have bars on the windows.

“Anytime if I heard a noise I’d be on the phone to the Garda or the community watch. It cost me €800 to put up safety bars on the windows and €300 to put in two panes of glass.

“Our story could be different if I hadn’t the money that night,” she said.