Commission confirm Member States to decide on use of GMOs 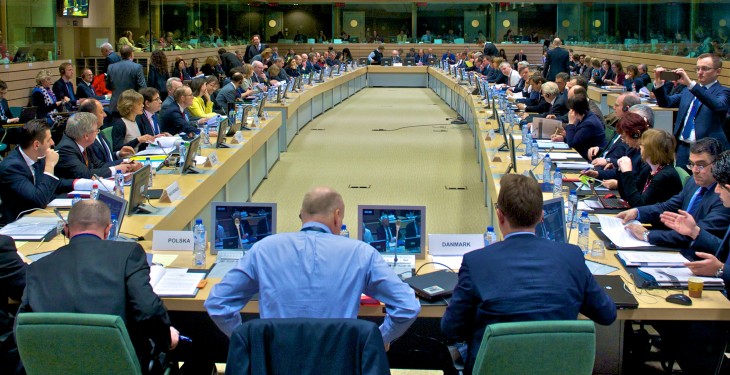 EU Member States are set to get more freedom to decide on the use of Genetically Modified Organisms (GMOs) in food and feed.

The move comes following a review of the decision-making process for the authorisation of GMOs.

This review derives from the Political Guidelines presented to the European Parliament in July 2014, on the basis of which this Commission was elected.

The review confirms the need for changes that reflect public views and allow national governments to have a greater say on the use of EU-authorised GMOs for animal (feed) or human (food) consumption.

As a result of this review, the Commission proposes to amend the legislation to confer upon Member States more freedom to restrict, or prohibit the use of EU-authorised GMOs in food or feed on their territory.

Health and Food Safety Commissioner Vytenis Andriukaitis said he is pleased to deliver on one of the important commitments taken by this Commission, reviewing the legislation on the decision-making process on GMOs.

“The Commission has listened to the concerns of many European citizens, reflected in the positions expressed by their national governments.

“Once adopted, today’s proposal will, fully in line with the principle of subsidiarity, grant Member States a greater say as regards the use of EU- authorised GMOs in food and feed on their respective territories,” he said.

Advertisement
As of today, a more flexible approach towards use of GMOs:

The proposal adopted today by the Commission sends a strong signal to citizens that Europe takes into account their concerns, which may vary from one country to another. The new approach aims to achieve the right balance between maintaining an EU authorisation system and the freedom for Member States to decide on the use of GMOs on their territory.

Since it is crucial that a single risk management system is maintained – as this ensures the same level of protection throughout the EU – the current authorisation system, based on science and the labelling rules ensuring consumer choice, will not be amended.

What will change is that once a GMO is authorised for use as food or feed in Europe, Member States will have the possibility to decide on whether to opt out from allowing that particular GMO to be used in their food chain.

Member States will have to justify that their opt-out measures comply with EU law, which includes the principles of the Internal Market, and EU’s international obligationsof which the EU’s WTO obligations are an integral part. Opt-outs shall be based on legitimate reasons other than those assessed at EU level, i.e. risk to human or animal health or the environment.

This proposal mirrors and complements the rights already given to Member States in respect of GMOs for cultivation by Directive (EU) 2015/412 that entered into force earlier this month, based on a recent agreement between the European Parliament and the Council. As a result, the EU would have a consistent set of rules for GM authorisations for cultivation and for food and feed, allowing Member States’ individual concerns to be taken into account in both of these areas.

This legislative proposal will now be sent to the European Parliament and the Council to run its ordinary legislative course.