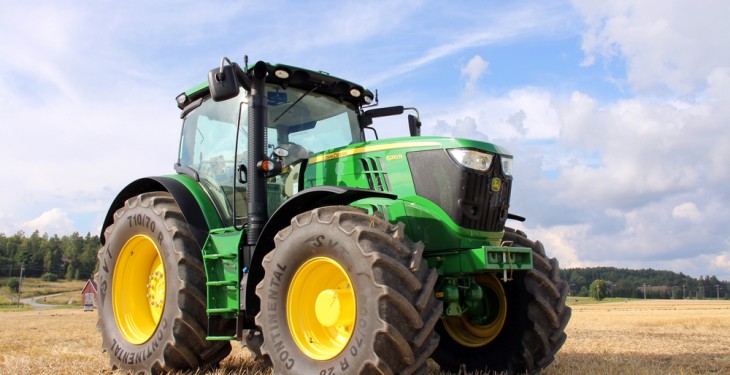 Have you ever wondered which has more power; a John Deere or a Fendt?

Well wonder no more because these tractor drivers put that question to the test when they tied a John Deere 6930 and a Fendt 716 together and had the drivers go in opposite directions.

The John Deere 6930 has a rated 155HP and the Fendt 716 has a rated 160HP, according to both tractors manufacturer’s websites.

In the video the two tractors are tied back to back and the cord is stretched. Both drivers then put the foot down with one tractor coming out the winner after some burning rubber and a lot of noise.

Take a look at the tractors in action;

Recently a Valtra tractor broke the Guinness world record for the fastest tractor when speeds of 130km/hr were reached by former Rally World Champion Juha Kankkunen in Finland.

The new world record was set by the brand new Valtra T Series which has undergone over 40,000 hours of testing in all conditions, both in the field and lab, in the Nordic cold and southern heat, Valtra said.

Here’s the Valtra breaking the Guinnes World Record for the fastest traactor: