Kerrygold UHT milk was launched into the Chinese market in 2014

Imports of liquid milk to China grew 78% year-on-year in 2014, reaching nearly a third of milk powder import volumes, according to latest figures from DairyCo.

It says Chinese consumers are reported to be increasingly focused on the quality of their dairy products, which could be driving strong the growth in China’s liquid milk market.

Last year, liquid imports from the UK grew by more than eight-fold, making the UK the ninth largest supplier of liquid milk to China. 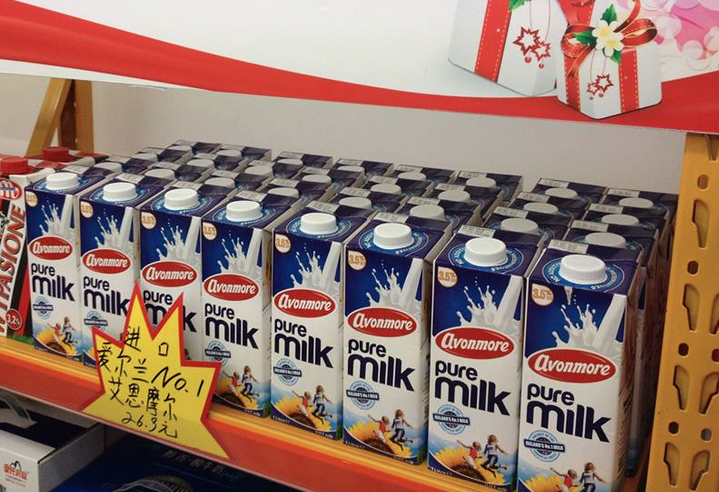 Avonmore milk on the shelves in China

Glanbia is projecting a large increase in liquid milk sales across China, its 1L packs are selling for the equivalent of €3.50 in retail outlets.

A range of Kerrygold UHT milk was also launched into the Chinese market in 2014, under the brand name, 金凯利, pronounced ‘Jin Kai Li’.

Ornua says the Chinese liquid milk market is estimated to be worth €18 billion with an annual growth rate of over 10%.

It says over 11 billion litres of liquid milk are consumed in China each year, compared with just 670m litres in Ireland.

According to Ornua it is estimated that this market segment includes over 186m households in China.