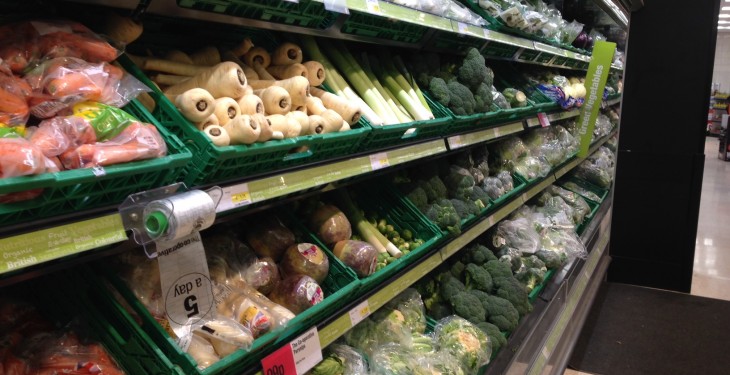 UK supermarkets are coming under scrutiny for their pricing strategies with a consumer rights organisation launching a ‘super complaint’.

After repeatedly exposing misleading pricing practices in the grocery sector, Which? has deployed one of its most powerful legal weapons – a super-complaint – to demand action from the Competition and Markets Authority (CMA) in the UK.

Over the last seven years Which? says it has identified a range of misleading and confusing pricing tactics in supermarkets – like dodgy multi-buys, shrinking products and baffling sales offers – that exaggerate discounts.

Many supermarkets are creating the illusion of savings that don’t exist and are manipulating consumer spending by misleading people into choosing products they may not have chosen if they knew the full facts.

About 40% of groceries (by revenue) in the UK are currently sold on promotion. With £115 billion spent on groceries and toiletries in 2013, consumers could be collectively losing out to the tune of hundreds of millions of pounds, even if only a very small proportion of offers are misleading.

The pricing practices of concern that Which? has identified are:
Advertisement

In addition, supermarkets price match schemes for a basket of goods may also make price comparisons more difficult, as the range and types of products on offer can make accurate price matching impossible to achieve, it says.

The cumulative impact of all these different pricing tactics means it is virtually impossible for people to know if they are getting a fair deal, according to Which?

This is particularly true when prices vary frequently, when consumers are in a rush or they are buying numerous items of relatively low value, it says, and has made the first super-complaint to the CMA, urging it to take action.

“Despite Which? repeatedly exposing misleading and confusing pricing tactics, and calling for voluntary change by the retailers, these dodgy offers remain on numerous supermarket shelves.

“Shoppers think they’re getting a bargain but in reality it’s impossible for any consumer to know if they’re genuinely getting a fair deal,” said Which? Executive Director, Richard Lloyd.