Video: ‘It’s not the power you need; it’s the weight…the stability’ 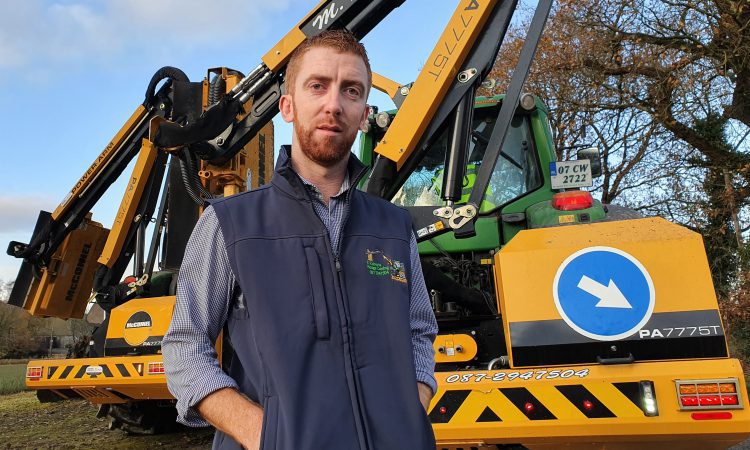 AgriLand paid a visit to Co. Carlow to catch up with Ronan Roberts (M Roberts Contracting) – to see how the hedge-cutting season is unfolding.

Ronan owns and operates a hedge-cutting rig – comprising a McConnel PA7775T and a John Deere 6930 – and works with his brothers (who own their own rigs).

In this video (below – shot by AgriLand’s own Kevin Farrell), Ronan explained: “I’ve been at hedge-cutting for 16 years.

“Before that, it was my dad; he started off with David Brown [tractors]. My brothers – as well – were cutting before me.”

He continued: “Nowadays I run a McConnel PA7775T and a John Deere 6930, which I drive myself. We had other makes [of hedge-cutter] over the years but we find the McConnel very good and reliable.

“We had PA6500 [models] before; the reason we went for the bigger one – the PA7775T – was the longer reach for sawing. It’s a stronger machine…with bigger pumps in it. It’s faster; it just gets over ground quicker. 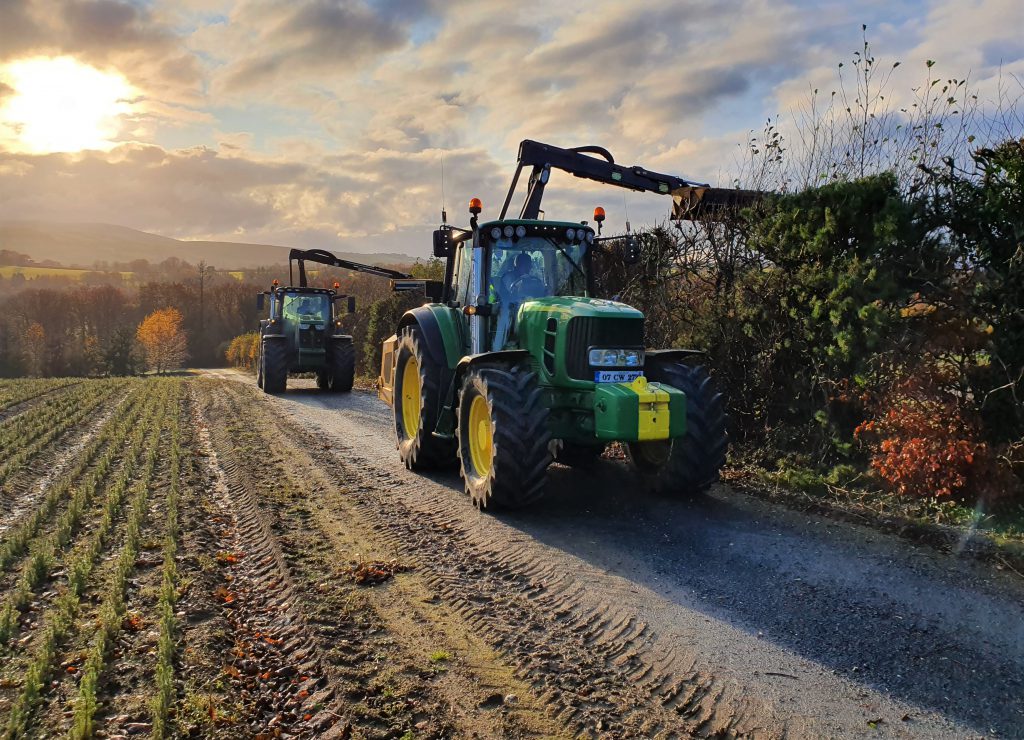 “Today we’re running it with a flail head. We do have the saw [head] on sometimes; it’s handy for heavy growth or when people leave their hedges longer. We have the quick-hitch on it, so it’s easy to change over – a couple of minutes and you’re changed from flail to saw.” 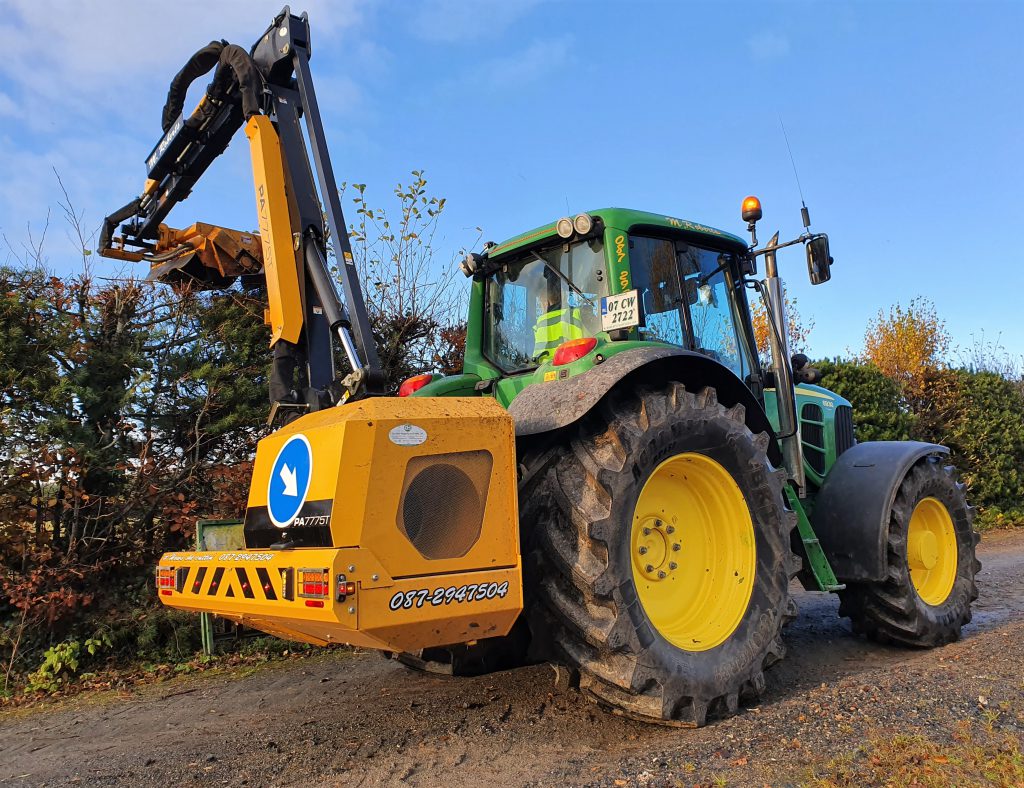 Ronan went on (in the video) to describe the types of flails he uses – explaining why he prefers the F14 over the F10.

He also talked about how some aspects of the work have gotten a little easier, saying: “Back years ago, when my father and brothers were at this before me, they’d have to get the rotors balanced, [as well as] changing flails and welding at night in sheds.

“Now we change [the hedge-cutters] every three or four years. 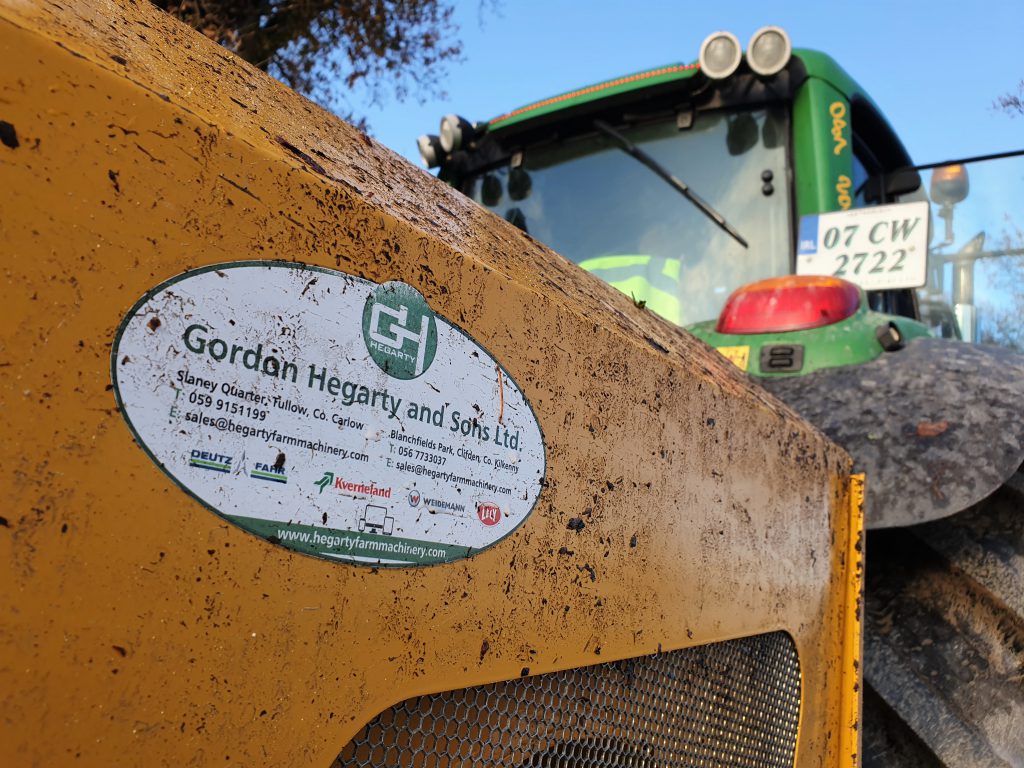 “For the amount of work we do, we just keep the hedge-cutters up to date. It’s easier on yourself; you’ve not much maintenance then.”

It’s not the power you need; it’s the weight; the stability. When it’s out to its full reach you need all the stability you can get.

Ronan described (in the video) how the tractor “is a bit different from your normal 6930” – noting that he has “added a few different things over the years”. He said: “When you meet it now, it stands out on the road. It is a bit eye-catching.” 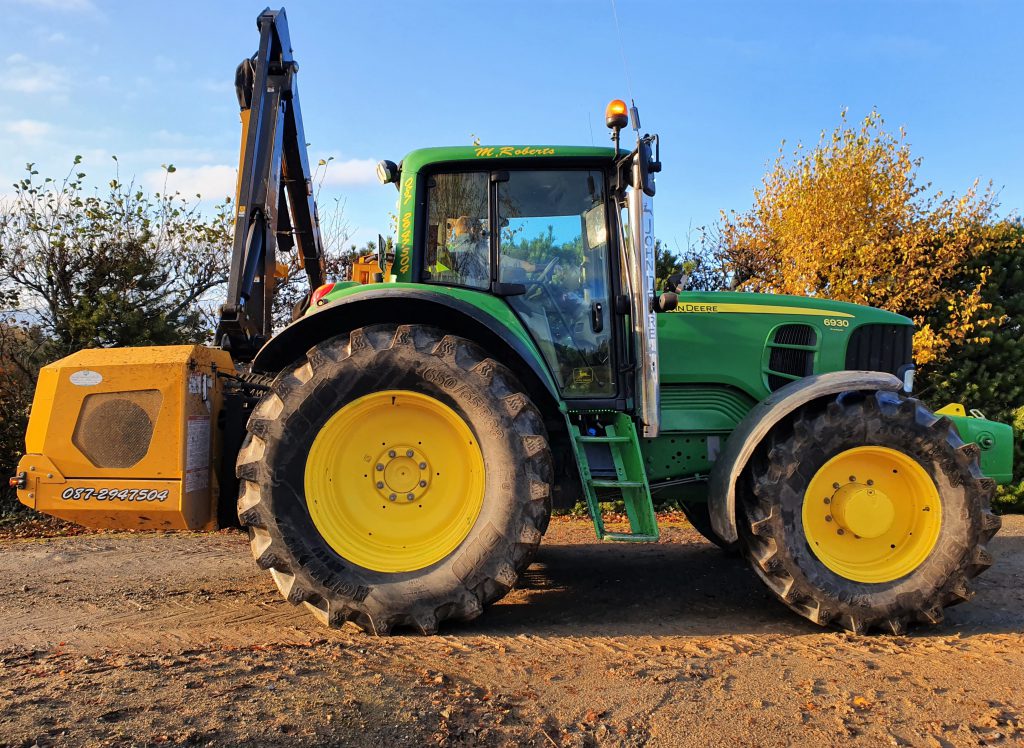 He concluded: “I’m not here alone today; I’ve my brother here as well – in his John Deere 6215R [and hedge-cutter]. But the daylight is going away from us now. Time is money, so we’d better get back to it.” 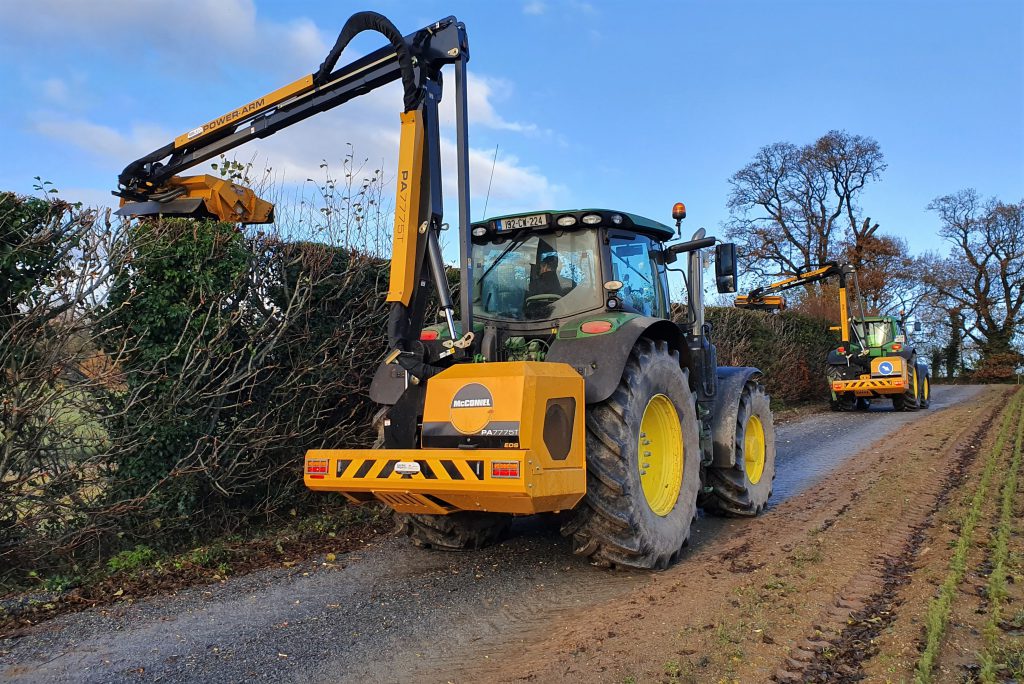 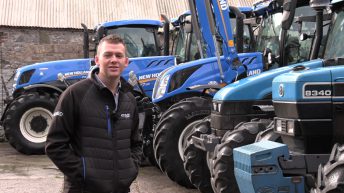 Video: ‘A big advantage is that we’re farming alongside selling machinery’