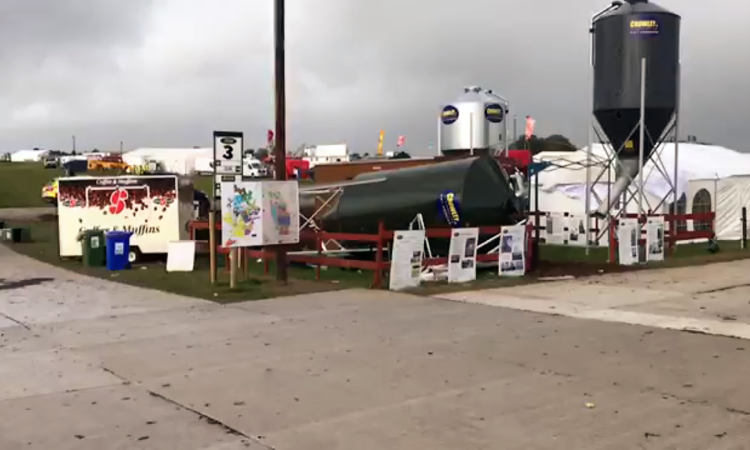 Organisers of the National Ploughing Championships in Screggan, Tullamore, Co. Offaly, were forced to admit defeat earlier today, as they cancelled today’s proceedings.

Last night it was revealed that the ‘Ploughing’ site would not open to the public until 11:00am today (September 19). However, after a series of meetings this morning, the decision was made to abandon today’s event.

The news began to filter down to patrons just before 12:00pm, as last night’s Storm Ali caused damaged to a number of displays on-site. The extent of which can be seen in the following videos.

The site is expected to open back up to exhibitors today to ensure that remedial repairs can be carried out to allow the event to proceed tomorrow (September 20).

In a statement, National Ploughing Association’s (NPA’s) Anna Marie McHugh said it was with deep regret that the event was cancelled on account of the adverse weather conditions.

In addition, the organisers of the event are currently considering opening the event to the public on Friday. However, consultation is required with exhibitors, emergency services and other service providers before an announcement can be made. This announcement is expected to be made later today.

On this, Anna Marie McHugh said: “We are considering Friday. It’s not something we can make a quick decision on because we have to consult with all our exhibitors.

“We have to consult with the availability of all of the emergency services and, if you take into account we have upwards of 330 Gardai involved, we cannot consider the event opening without the assistance of these people and also all the other services.” 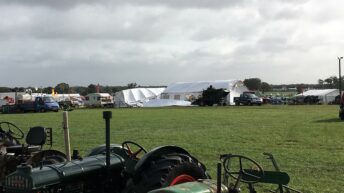