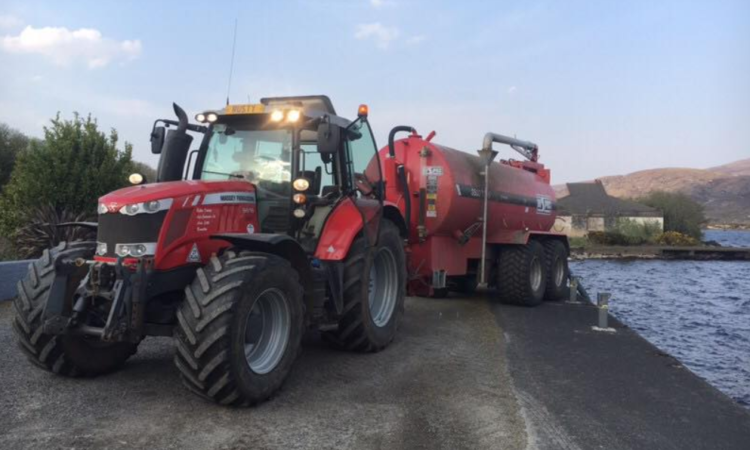 While some were out enjoying the sun during the Easter bank holiday weekend, one agri contractor sent his slurry equipment to help put out fires in the west of Co. Donegal.

Based in Ramelton, Co. Donegal, Bobby Doherty Agri Contracting answered the call for help from his fellow countymen and sent some of his plant out west to help fight a wildfire that was roaring in the Annagry/ Belcruit and Loughanure areas of Co. Donegal.

Speaking to AgriLand, Bobby’s son Allister said: “We were flat out cutting paddocks and baling on Saturday and one of the boys happened to get finished up in middling good time.

“I had seen it on Facebook about the fires and I thought the rain gun is bound to be a mighty help so one of the boys hooked on the tank and headed on.

He explained they were drawing the water from a lake beside where the fire was roaring through land, burning heather and gorse and threatening houses in the locality.

Allister explained that it took the Air Corps seven hours to arrive but noted that Donegal County Council sourced another helicopter in the meantime to help extinguish the fire.

“You’re a long way from everywhere out in west Donegal,” he remarked.

The driver had said that drawing the water wasn’t too bad but the biggest problem was getting to where the fires were.

Breaking out out at approximately 6:00am yesterday morning at Annagry in west Donegal, some 15 fire appliances from 12 brigade areas were deployed to the scene, according to Donegal County Council.

An AW139 was deployed to Donegal in the fire-fighting role, and dropped 42,500L of water to battle the fire. 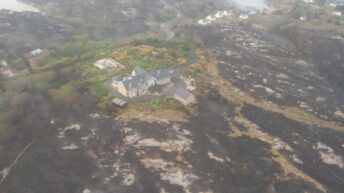