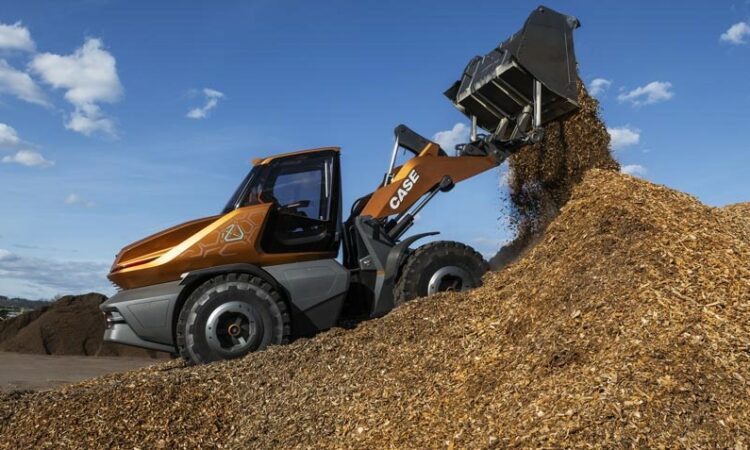 Last week (Wednesday, April 17), we brought you news that Case Construction had unveiled a new methane-powered wheel loader ‘concept’. It was shown at the recent Bauma exhibition in Germany.

Also Read: Case unveils its ‘loader of the future’

Now the company has released several videos – showing the ‘concept’ machine being put through its paces and revealing further information about the project.

Two of these clips are embedded in this article; the first (below) focuses on the new loading shovel’s 230hp, methane-powered engine, from sister brand FPT Industrial.

The second clip (below) shows off some of the prototype machine’s eye-catching styling, as well as its futuristic-looking cab.

It’s another of several pieces of footage released by Case Construction – to highlight the so-called ‘Project Tetra’.

The Project Tetra machine’s engine is said to deliver the same power and torque as its diesel equivalent in the (conventional) 821G wheel loader.

Its cab is perhaps the most striking feature; it has wrap-around glazing and a “high-visibility” roof panel – increasing the total glazed area by a reputed 16% (compared to a standard wheel loader).

Cameras instead of mirrors

Viewing cameras are fitted in place of wing mirrors. These are viewed on A-pillar mounted displays.

The uncluttered design means all controls are accessed through what Case describes as “ergonomic joysticks and an integrated, armrest-mounted, colour touchscreen monitor”.

The new seat automatically extends and pivots to facilitate entry upon opening the door. It returns to the operating position immediately after the operator is seated. 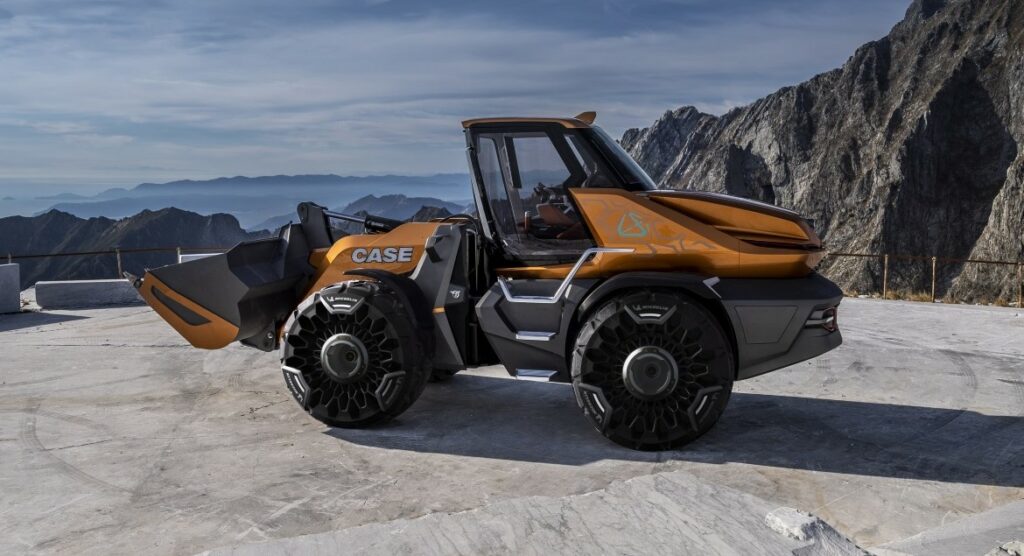 “Bio-methane was the most logical choice for the wheel loader. The fuel needed to be readily available, easy to refuel and power through a full day’s work.” 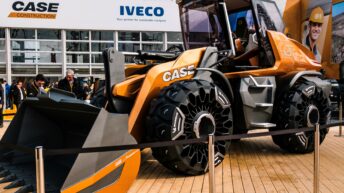 Case unveils its ‘loader of the future’