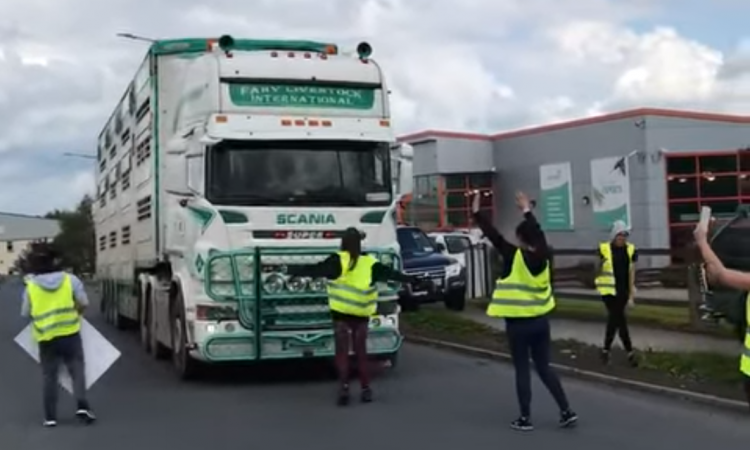 A lorry load of pigs heading to a processing facility in Roscrea, Co. Tipperary, has been targeted by a group of activists dressed in yellow vests.

As can be seen from the video below, the yellow-vest protestors were standing in the middle of the road in the direct path of Fahy Livestock’s articulated Scania V8 lorry and livestock trailer.

The lorry stopped having narrowly missed one of the protestors standing in front of it. However, the protestor still remained hesitant about moving out of the path of the lorry with two protestors holding their hands up in what appeared to be an attempt to distract the lorry driver.

The two remaining protestors finally stepped aside allowing the lorry driver to continue to the factory.

It is understood the protestors are vegan activists and are opposed to animal agriculture.

Not the first time

This is not the first time that protestors have targeted farmers bringing livestock in trailers before.

In the UK recently, a number of what is believed to be vegan activists recently attempted to impede on a farmer bringing sheep to a factory in the UK – while police watched on.

A sheep farmer by the name of Jess took to social media to portray her disbelief at the situation, in which she noted activists scared her animals “by shoving cameras inside my trailer”.

This was compounded by the perceived inaction of watching police who, according to Jess, “just walk alongside asking me to slow down”.

The farmer also highlighted the efforts of intimidation used by the activists as she drove up the road to the factory.

She tweeted: “‘Are you taking the dogs in to be killed?’ Not keen on the amount of photos and videos taken of my face…but I gave the camera a wave.” 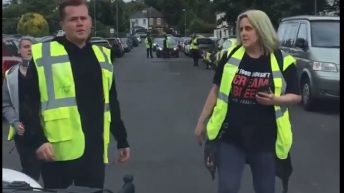