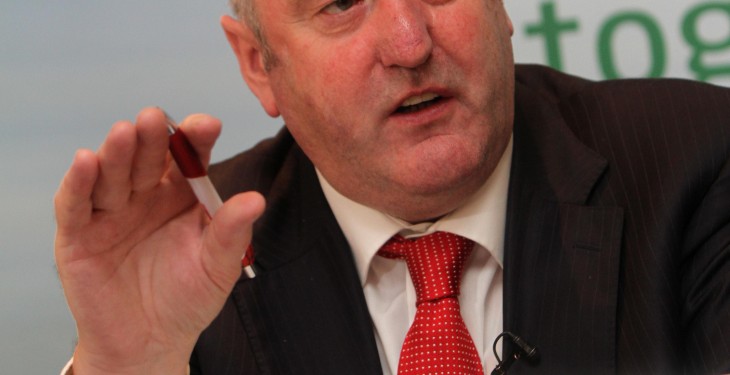 The View from Europe: The US has put negotiations for a landmark free trade deal with the EU on hold because of a partial shutdown of the US Government.

US trade representative Michael Froman notified EU Trade Commissioner Karel De Gucht to say US officials could not travel to Brussels this week for talks due to the shutdown. Washington and the EU were due to hold a second round of negotiations for the Transatlantic Trade and Investment Partnership, the world’s biggest free-trade deal.

Meanwhile, the Irish Farmers Association (IFA) has stressed agriculture, in particular livestock, should be treated as a priority in these ongoing trade negotiations. According to the IFA president, John Bryan, Ireland must insist the EU makes the agri-food sector a red-line issue in these talks.

He said there is a real fear that large concessions to the US on beef imports in these negotiations would severely damage Ireland’s agri-food sector and threatens thousands of jobs.

“As the largest beef exporter within the European market, a deal involving a substantial increase in beef imports from the US would inflict severe damage on the Irish livestock sector.”

In addition, the IFA president has warned that European producers and consumers will not accept food imports from production systems where the use of hormones in beef, BST growth promoters in milk and the beta-agonist drug ractopamine in cattle and pigs – all banned in Europe – is common practice.

“Europe cannot agree to any imports that fail to meet EU standards on the critical issues of food safety, traceability, environmental protection and animal welfare.”

The US promised to provide EU Trade Commissioner Gucht with further information on when and how further engagement – including negotiation rounds – can be scheduled. “Let me reiterate the clear commitment of both the EU and the US to the TTIP process,” De Gucht said in a statement this morning.

“The cancellation of [this week’s] negotiation round in Brussels is clearly unfortunate but let me underline that it in no way distracts us from our overall aim of achieving an ambitious trade and investment deal between Europe and the US which will bring real economic benefit to people on both sides of the Atlantic,” the commissioner added.

The US and the EU are the world’s largest trade and investment partners. Policy documents on the first round of the Transatlantic Trade and Investment Partnership negotiations are available here.