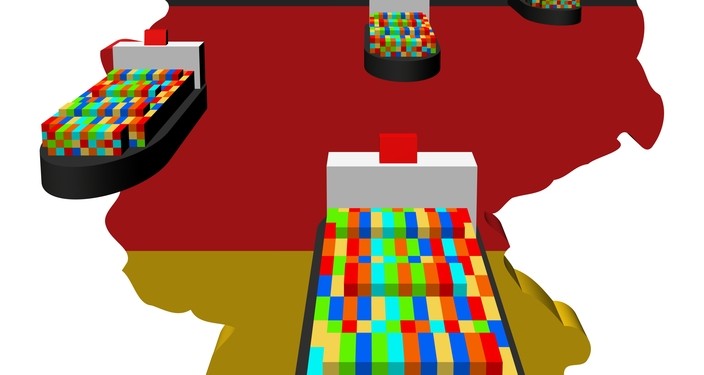 Seventeen Irish food companies are participating at the world’s largest trade fair in Cologne, Germany, this week. Bord Bia is organising and co-ordinating the Irish presence at Anuga, a biennial event attracting more than 6,700 exhibitors and 155,000 trade visitors from 185 countries.

Ireland is represented under Bord Bia’s Origin Green stands within the meat and dairy halls of the global showcase. The Minister for Agriculture, Food and the Marine, Simon Coveney TD will visit Anuga tomorrow to officially launch Ireland’s presence at the show and to promote the Irish food industry’s credentials as a leader in the production of sustainable food.

During his visit to Germany, Minister Coveney and representatives from Bord Bia will meet with the CEO of Metro Group, the world’s fourth largest retailer with an annual turnover of €67bn.

Speaking in advance of his visit, Minister Coveney welcomed the Irish industry’s strong presence at what is widely regarded as the most important trade event in the international food and drink calendar.

“International trade events such as Anuga remain a critical business development platform for Irish food exporters and are fundamental to the industry’s drive in meeting the ambitious growth targets set out in Food Harvest 2020. This is a unique opportunity to meet and build relationships with new and existing buyers from all over the world, as well as Germany, our second largest export market in continental Europe after France.”

Ireland’s main food and drink exports to Germany, valued at €519m in 2012, are dairy (Kerrygold), alcoholic beverages (Baileys, Tullamore Dew, Kilbeggan, Jameson) and meat. Kerrygold is the brand leader within the butter category, while Germany is also the largest continental market for Irish pigmeat.

Michael Carey, chairman of Bord Bia commented: “It is encouraging that Irish food and drink exporters continue to grow their business in an increasingly competitive European marketplace. Exports to Germany continued to grow in 2013, with January to June figures showing an increase of 21.3 per cent, or €50m, compared to the corresponding period last year. The value increases included prepared foods (+50 per cent), dairy (+30 per cent) and beef (+20 per cent).”

Meanwhile Minister Coveney, Bord Bia and Ireland’s Ambassador to Germany Michael Collins will travel from Cologne to Dusseldorf to meet with senior representatives from retail giant Metro, including CEO of Metro Group Olaf Koch. Metro Group is the largest food retailer in Germany, reaching sales of €25.8bn in 2011, accounting for almost 40 per cent of their worldwide sales. Also part of the group, Metro Cash & Carry is the leading international player in the self-service wholesale sector with 710 stores in 29 countries throughout Europe, Asia and Africa.

Bord Bia CEO Aidan Cotter added: “Metro Group is Ireland’s single largest customer for Irish beef and lamb in Germany and also a major customer across dairy, beverages and seafood. More than 20 Irish suppliers are among its customers – from Irish Distillers and Dawn Meats to Connemara Seafood and Ballymaloe Relish. During tomorrow’s meeting, Minister Coveney will present Ireland’s strategy for the food sector – Food Harvest 2020 – and highlight Ireland’s progress on sustainability through Bord Bia’s Origin Green programme. Representatives from Metro Group attended our Global Sustainability Conference held in Dublin last week and this timely meeting will help further develop the relationship between Ireland’s food industry and a key global retailer”

In advance of Anuga, Bord Bia carried out a number of promotional activities to raise awareness of the Irish stand including buyer canvassing and relevant media communications. Today Bord Bia hosts a trade reception on the Ireland stand to provide a valuable networking opportunity for the Irish exhibitors and their international customers.