Don’t fry for me Argentina 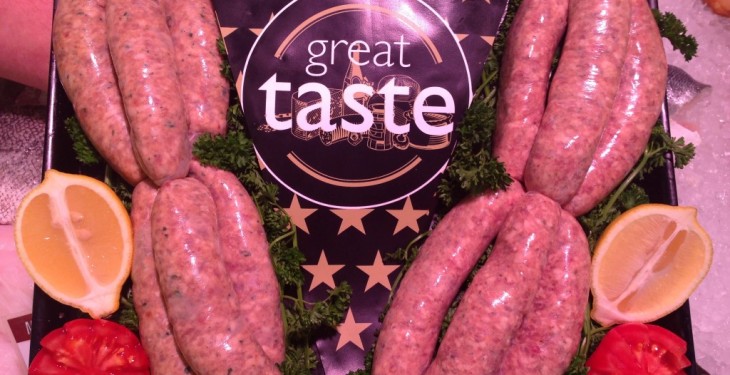 Michael Byrne & Sons Craft Butchers, 92 Sandymount Road, Dublin 4 is celebrating the news that its Argentinean Chorizo & Pork Sausage with Tomato, Basil & Red Wine has wowed judges in Great Taste 2013 by being awarded 2 Star & 1 Star – in the world’s largest and most rigorous food awards scheme involving over 400 judges and thousands of hours of blind tasting. Agriland talks to Raymond Byrne of Michael Byrne & Sons Craft Butchers on the story behind the award winning butchers.
Michael Byrne was only 14 when he began working in Thomas Ryan’s butcher shop, under the guidance of the boss Jack Shaw Byrne was trained in all aspects of the trade as the shop also slaughtered and prepared its own beef and lamb meat. In 1980 Michael Byrne took over the shop and began to expand the company’s produce to include pork (which previously would have been a separate shop) and also turkeys at Christmas. Despite a growing trade Byrne managed to teach in college and slaughter onsite and now his two sons, Raymond and JP, work alongside him with wife Barbara managing the endless reams of paperwork and accounts.

The shop has become renowned for its sausages but this was a relatively new area for the shop “We branched out into making our own sausages about 16 months ago using an icing gun! Now we have award winning sausages and currently make 12 different types. We make and prepare all our own stock so our customers are getting the freshest and the best”, detailed Raymond. Remarkably it was Michael Byrne & Sons Craft Butchers first time entering into the Great Taste Awards and it was the only operation in the Republic of Ireland to win a 2 star award in the Great taste for sausages.

It’s easy to imagine that in recession many consumers would turn to supermarkets for cheaper meat products however according to Raymond there is still a strong loyalty for local butchers “We compete with the supermarket on the basis of freshness, our customers know that our products are made fresh daily in store and we use all Irish products where possible. I think that the trend is turning back to butcher shops. Customers like to have meet cut fresh and not prepacked”.

Byrne’s butchers are also meticulous about tracing their produce. “With regards suppliers we must have full traceability of the product and we will only accept Irish goods, the only non Irish would be Veal and duck fillets” said Raymond.

Despite the shop’s success the Byrne’s are keen to expand their horizons. “Our next challenge is we are hoping to go for the Bord Bia Quality stamp next year. This will be hard going but would be a huge achievement as so far there is only one other butcher in the republic that has it. We will also be entering more products into the Great Taste Awards 2014 and we are aiming for a 3 star next time” commented Raymond.

In addition to the award winning Argentinean Chorizo & Pork Sausage with Tomato, Basil & Red Wine the shop also created the Ray Foley Full Irish Breakfast sausage which came about as a result of a competition on 98fm. According to Raymond “It’s a pork sausage with bacon, pudding, mushroom and tomato. All you need is an egg on a roll and you have a full Irish breakfast”.