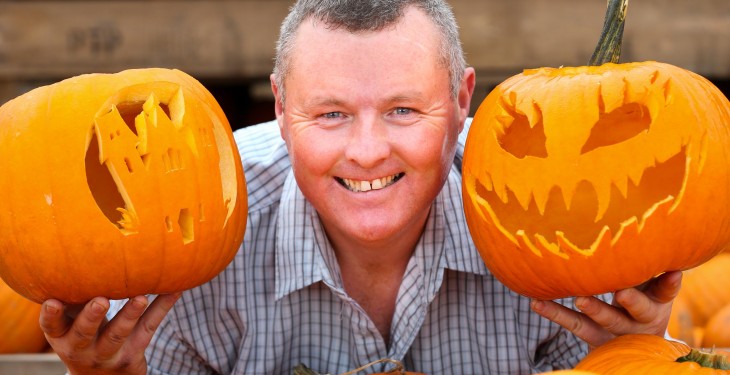 Retail store SuperValu is expecting to sell 85,000 Irish pumpkins this Halloween. Grown by Oisin O’Gradaigh in Louth, SuperValu expects sales of Keelings Irish pumpkins to top €80,000 between October and November.

Available in SuperValu stores nationwide during the Halloween period, this year’s pumpkins will cost no more than €1. Now in its sixth year of production, this year’s crop was two weeks ahead of last year due to the fine weather and it has been a bumper crop.

Martin Kelleher, managing director of SuperValu, said: “Pumpkins are a staple of every Halloween for both cooking and decoration, so we are expecting to see a huge demand from our customers for Irish pumpkins. At SuperValu, we believe in sourcing quality Irish produce and we work with the very best Irish suppliers to bring our customers the quality and value they expect. This year’s range of pumpkins demonstrates this on-going commitment. We are also proud to demonstrate our support for the Irish agri-food sector through our partnership with suppliers such as Keelings.”

Oisin O’Gradaigh, a Louth pumpkin grower for Keelings, commented: “We are delighted to partner with SuperValu to bring our pumpkin harvest to people all over the country. We had a good season this year with an excellent skin finish on our crop of just over 100,000 pumpkins. Our hand harvested pumpkins are washed, labeled and graded in preparation for Halloween and we believe it is very important to work with a partner such as SuperValu who puts the same emphasis on quality as we do.”

SuperValu serves more than two million customers every week, has 198 stores nationwide and is committed to local employment and supporting local suppliers. It says 75 per cent of everything on SuperValu’s shelves is sourced or produced in Ireland, contributing more than €1.6bn to the Irish economy and helping to sustain almost 30,000 Irish jobs in the farm, food and retail sector.