The upward curve for milk production in the US has continued in the seventh month of this year, according to the latest figures from the US Department of Agriculture (USDA).

Milk production in the 23 major states during July of this year totalled 17.3 billion pounds, up 0.4% from July 2017, the USDA explained.

In terms of production per cow in the 23 major states, the figure averaged 1,980lb last month. This represented an increase of 8lb compared to the corresponding month last year.

It also represented the highest production per cow for the month of July since the 23 state series began in 2003, the USDA added.

Meanwhile, the USDA published revised production figures for June of this year. It revised the total figure to 17.2 billion pounds, which equates to a 1.6% increase compared to June 2017.

Across the entire US, milk production in July of this year totalled 18.4 billion pounds – up 0.4% versus the same month in 2017. 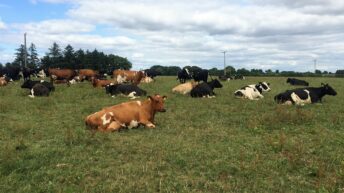