‘Master-class’ for new IDEAL combine with 6 dealers in England 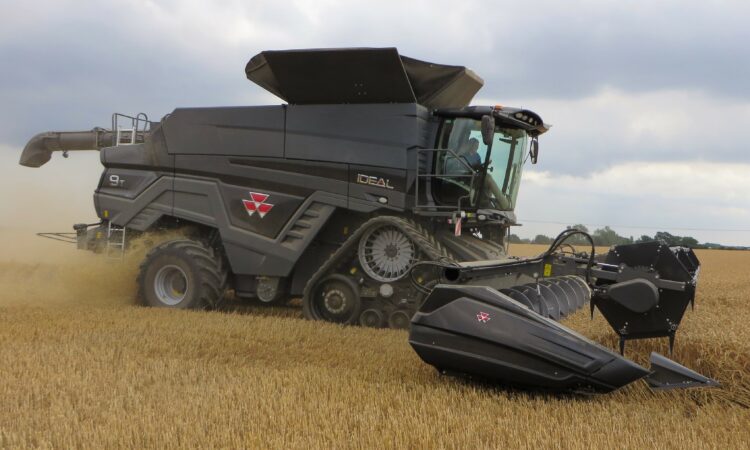 AGCO’s IDEAL combine has broken cover in England with a series of dealer ‘master-classes’ in the main harvester sales areas, where selected customers were invited to try out the new machines.

Depending on the dealership’s franchise arrangements, the combines were presented as Massey Ferguson or Fendt models.

Massey Ferguson’s UK national sales manager Joe Ford confirmed that both brands will be offered with identical specifications and options packages; the only difference being Fendt or Massey Ferguson decals against the graphite paintwork.

Although the first customer was still to sign on the dotted line at the time of writing, he claims favourable results from the demonstrations. 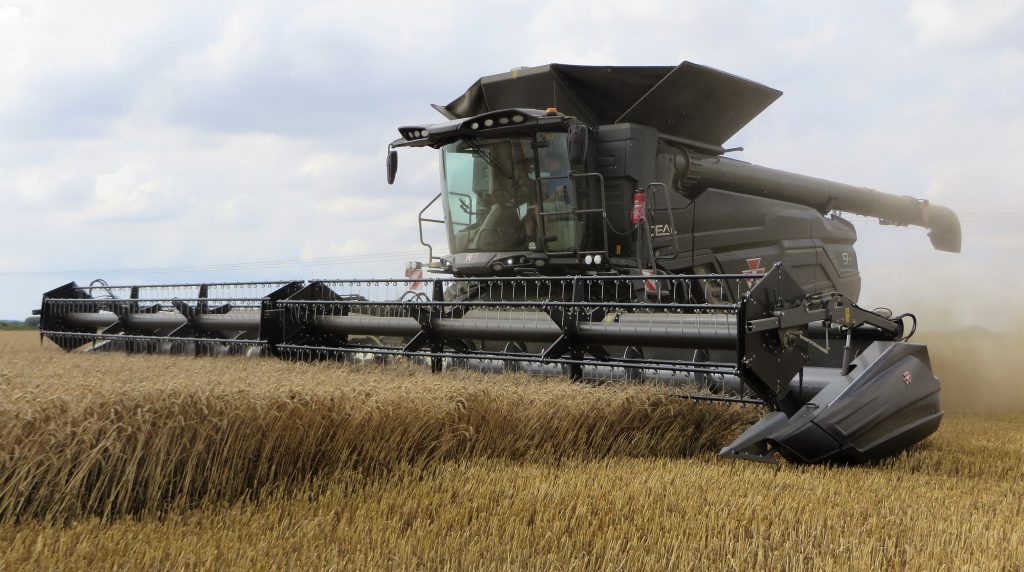 “As well as existing customers, we invited operators of competitive machines. Their reactions were very positive.

“A number of new features that we have added to [the] IDEAL – such as the ‘Autodock’ automatic header coupling – were picked out as offering significant improvements to their harvest operations.”

The IDEAL combine was apparently developed from a clean sheet, with a design process that began in 2011.

It includes technology from a number of AGCO’s production facilities, such as TrakRide tracks from Challenger in Jackson (US) and the Variotronic terminal and joystick from Fendt in Marktoberdorf (Germany).

Other components feature completely new designs, such as the ‘Helix‘ rotor and ‘IDEALbalance‘ cleaning system.

It is positioned as a ‘Global’ combine for all of the company’s markets; the range includes models in Class 7, 8 and 9 (said to make up 67% of total sales).

Where will it be built?

Production begins in Breganze (Italy), but will eventually be rolled out to Hesston (US) and Santa Rosa (Brazil).

IDEAL combines will replace Massey Ferguson’s Delta and Centora machines; they will also replace Fendt’s ‘L’ and ‘C’ series (which will be phased out after stocks of emissions-compliant engines are used up).

The six dealers that took part in the master-classes will have “exclusive access” to the IDEAL in 2019; a further roll-out will take place next harvest (to bring additional dealers online for the 2020 season).

Joe suggests that this is unlikely to include the Republic of Ireland next year.

He explained: “We have sold a number of combines in Ireland, mainly through WBD Farm Machinery, so it would be the most likely to join the programme – though not until 2020.” 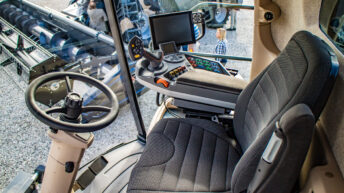 Flagship ‘IDEAL’ combine notches up awards, but will it sell?