The Microenterprise Loan Fund Amendment Bill 2020 was published by Minister for Business, Enterprise and Innovation Heather Humphreys in recent days.

The bill, which was approved by Government on Friday, May 29, will significantly beef up Microfinance Ireland, which provides low-cost Covid-19 loans to Ireland’s smallest businesses.

It will also enable a significant expansion of the Future Growth Loan Scheme – of up to €500 million in additional funding, according to the Department of Business.

The acts amended will be the Microenterprise Loan Fund Act 2012 and the European Investment Fund Act 2018.

The legislation will underpin a major expansion of the Microfinance Covid-19 Loan Fund which was launched in March.

Loans of up to €50,000 are currently available through Microfinance Ireland (MFI) with a six-month interest-free and repayment-free period.

In the two months since the launch of the MFI Covid-19 Loan Fund at the end of March, €11 million in lending has been approved to almost 400 small businesses across the country.

This is almost double the total loans of €6 million approved by MFI for the whole of last year.

The Future Growth Loan Scheme, which was launched in 2019, provides loans of up to €3 million with terms of up to 10 years to small and medium enterprises (SMEs) including farmers and fishers.

There has been a rapid uptake of this €300 million scheme by SMEs with a broad reach across all sectors and regions ranging from exporting businesses to local family businesses.

The Government recently announced that an additional €200 million in lending would be made available through the Future Growth Loan Scheme.

Following further negotiations with the EIB Group, agreement has been secured to increase the ceiling of additional lending from €200 million to €500 million, thus enabling a much greater number of businesses to be supported.

An amendment to the legislation which underpins the scheme is necessary in order to secure the additional €500 million in lending through the scheme.

There has been huge demand for the scheme and this €500 million expansion will allow us to further support the needs of SMEs including primary producers, impacted by Covid-19. The long-term nature of these loans is particularly important for businesses as they plan for recovery.

“The legislation is now ready-to-go and I hope that it can be enacted as quickly as possible once a new Government is formed so that businesses can get access to this vital liquidity.”

Minister for Agriculture, Food and the Marine, Michael Creed, said:

“The Government is conscious of the challenges that are being faced by all businesses, including those in the agri-food sector.

“In light of strong and anticipated demand for this working capital facility, the extra capacity being announced is necessary and welcome,” Minister Creed concluded. 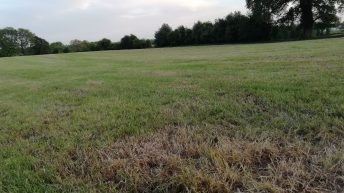