According to the Auditor of the society, TJ Duffy, the event was a great success as everyone involved in the farming community got behind this worthy cause.

He also said that the poor weather conditions at the time did little to weaver support as massive crowds turned up to bid on the items on offer.

Despite the horrific weather conditions, massive crowds turned up and the everyone showed huge support with a substantial sum of nearly €7,000 raised.

“The people of rural Ireland really got behind and supported a worthy cause, it [suicide] is an issue that affects every community throughout Ireland.”

He added that none of this fundraising could have been done without the support of the event sponsors and those around the ring who purchased the items on offer.

Furthermore, he said that it just goes to show that people are very generous when it comes to a worthy cause.

“It just goes to show that when there is a worthy cause people are still very generous despite the hard times.

There was strong support from all in attendance including local farmers, dealers and cattle buyers, they really got behind us to support our fundraiser.

The Auditor of Ag Soc also wished to thank everyone who provided sponsorship for the event. He especially wanted to thank Aurivo Coop Society for allowing them to hold the auction at its mart in Balla. 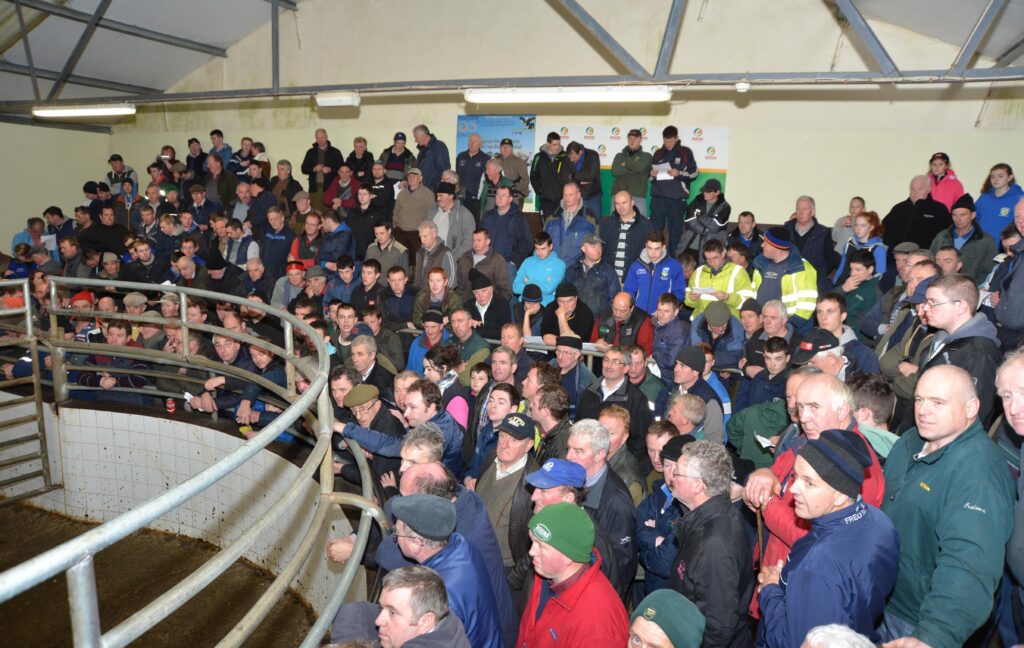 A packed ring at Balla Mart for the Charity Auction in conjunction with the special springer sale.