Poll:Have your say on the IFA pay scandal 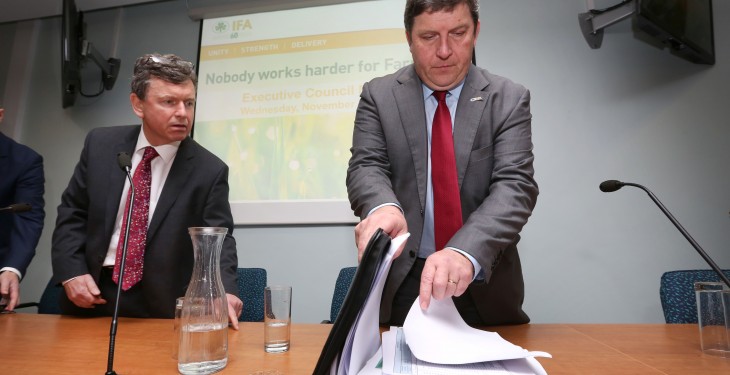 A second poll, ‘Has the IFA done enough to win back the trust of its membership?’, was also run on Agriland.

Some 91% of respondents said that the association has not done enough to win back the trust of its membership.

Just 9% of respondents voted that it had done enough.

One farmer who attended an emergency county meeting of Galway IFA last week said anyone who was aware of and read Con Lucey’s letter last year should step down.

“Anyone who knew anything and said nothing is guilty. They were on a gravy train and now the gravy train has derailed,” he said.

In a third poll, some 95% of respondents voted that all senior staff salaries in the IFA should be made known.

Earlier this week, Deputy President Tim O’Leary said that the IFA is working through its current difficulties and when they are fixed there will be clear accountability on everything.

Some 79% of those who voted in the polls said that they were members of the IFA and 51% of those voted that they intend to cancel their membership of the IFA.

Several members of the IFA also said on Twitter that they were going to cancel their membership to the organisation.

Some 78% of respondents voted that they intend to cancel the collection of levies in the wake of the scandal.

There has been a call for the end of non-statutory levies which are deducted without the express permission of farmers when they supply livestock to factories and marts, from the ICSA.