UCD in world top 100 universities for agriculture and forestry 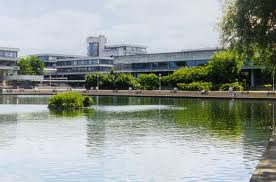 University College Dublin (UCD) has been named in the global top 100 universities for agriculture and forestry in the QS World University Rankings by subject 2014, it was announced this morning.

The rankings by subject identify the world’s strongest universities in 30 different subject areas. In total seven Irish universities made the top 200 in the subject rankings for an array of disciplines.

UCD’s had more good news with record attendance at its Agriculture, Food Science and Human Nutrition Careers Day. According to the university the event, which was held last week, is an key annual event organised by the Agricultural Science Students Society, AgSoc.

According to the university, the event continues to grow each year and has become one of the key events in the AgSoc annual calendar. Among the keynote speaker at this year’s event was Jim Miley, commercial director of The Irish Times and UCD School of Agriculture and Food Science alumnus.

Miley discussed the many roles he has occupied since graduating from the Faculty of Agriculture and shared some of his experiences along the way with final-year UCD School of Agriculture and Food Science undergraduate students in attendance.

UCD cited organisations such as Dawn Meats, Glanbia, Norbrook Laboratories, Kepak and Progressive Genetics were just some of the many exhibitors which attended this year’s event.