The Quinns were just two of a number of champion dairy farmers – spread across counties Cavan, Monaghan, Offaly, Westmeath, Down and Tyrone – to be honoured as part of the awards for excellence in milk production.

The awards aim to publicly recognise the achievements of milk suppliers of Lakeland Dairies, who are committed to efficiency and quality in all aspects of their milk production. 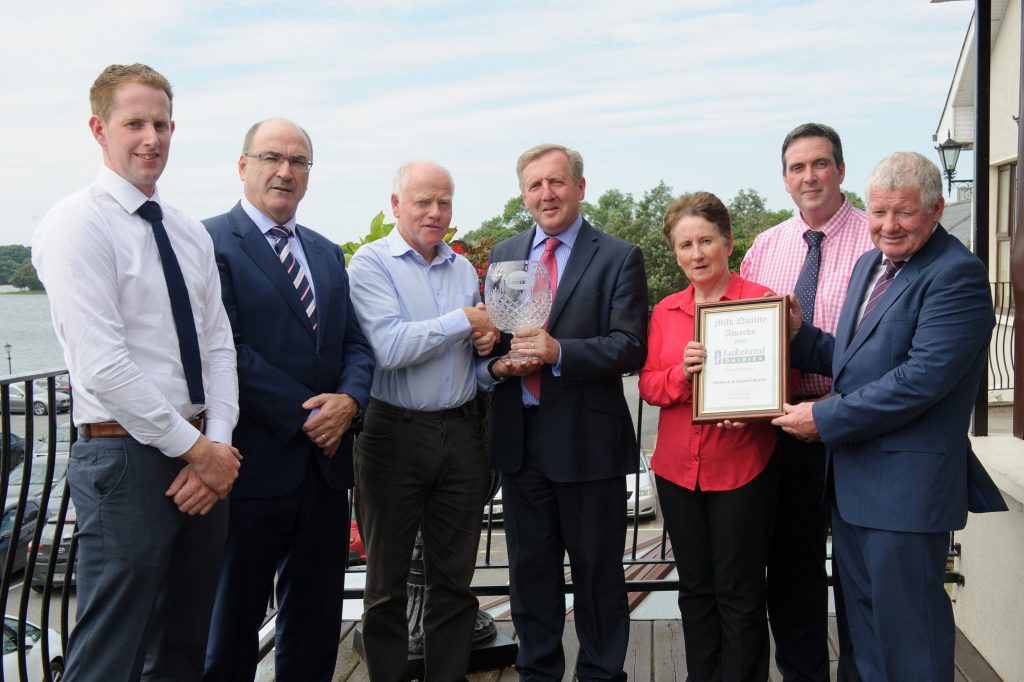 According to Minister Creed, these awards encourage excellence in dairy farming.

He said: “The high-quality of our dairy products is one of the Irish food industry’s key selling points. Excellence in dairy farming is difficult to achieve and to sustain on an ongoing basis.

“It requires huge commitment and it places significant demands on dairy producers. The cornerstone for our success on world markets has been and will continue to be the high quality milk which underpins our processing industry.

“I congratulate all the winners and I wish Lakeland Dairies and all of its members continuing success in the future”. 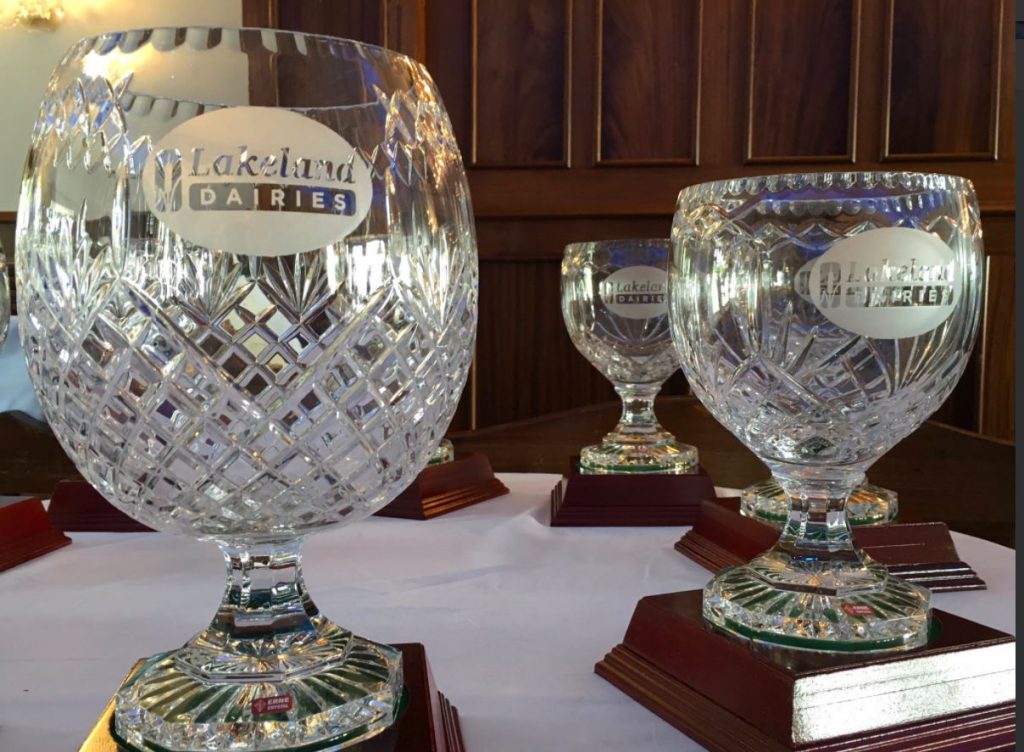 The Minister for Agriculture, Michael Creed, presented the awards alongside officials from Lakeland Dairies

Meanwhile, Duffy claimed that global demand for food will continue to increase over the next thirty years.

As a dairy processor, we need to be able to provide a continuous level of reassurance to our customers about our products.

“We simply couldn’t do that without the commitment of all our producers whose dedication and achievements are strongly exemplified by the winners of our milk quality awards,” he said.

‘Agriculture will be a key engine of economic progress’

Agriculture and dairying will both be key engines of economic progress – both regionally and on an all-island basis – as we continue to grow our food exports in the future, Hanley said.

“Lakeland Dairies is committed to the achievement of dairy industry scale, efficiency and competitiveness – for the long-term benefit of producers and rural communities.

With the strategic investments we have made, we are able to process as much milk as our suppliers can provide.

“We have a strong presence in international markets, exporting nearly 100% of our output, and we have built a name for quality and reliability on a worldwide basis.

“The winners here today understand that requirement. We could not be successful without the total quality commitment of all our producers,” the chief executive concluded.

Aurivo ups its milk price for June supplies by 1.5c/L