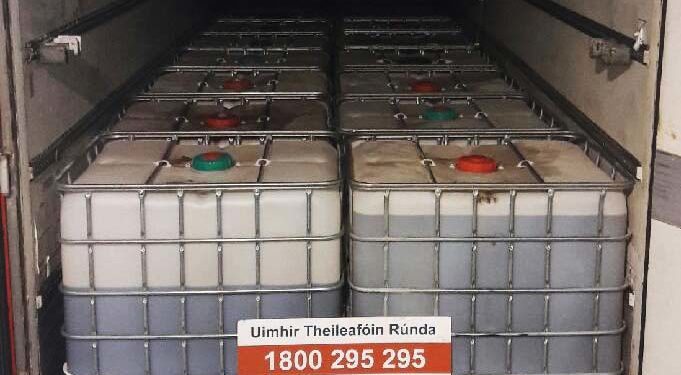 The seizure was carried out by Revenue officers after the truck was stopped at the port based on routine profiling.

The truck was about to board a ferry to Holyhead and was said to be carrying “apple juice”, according to Revenue. Officers inspected the load and subsequently found 26 industrial bulk containers of fuel.

Revenue seized the truck along with approximately 25,000L of fuel, suspected to be laundered marked gas oil.

The driver, a man from Northern Ireland in his mid-30s, was questioned; investigations are underway with a view to prosecution.

Revenue called on the public to report anyone who is evading tax or involved in smuggling. People can do so by contacting Revenue’s Confidential Freephone at: 1800-295-295.

Recently, Revenue officers seized a variety of goods used in laundering fuel in an operation in Co. Louth.

On Friday evening, July 28, officers executed a search warrant, investigating a premises at Ravensdale in Co. Louth, which was found to be selling laundered fuel.

Officers seized about 2,500L of laundered mineral oil (green diesel), an electricity generator, a fuel dispensing pump, a large fuel storage tank, four cars and a van in the operation.

The exercise was part of Revenue’s objective to take down “shadow economy” activity and fuel fraud, the office announced. The Revenue was assisted by members of the Criminal Assets Bureau in the case. 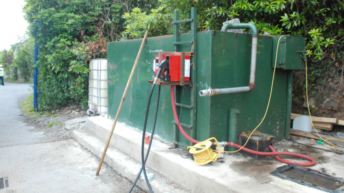 Pics: Revenue clamps down on laundered fuel and tobacco