Trade focus: Slurryquip and the benefits of going big bore 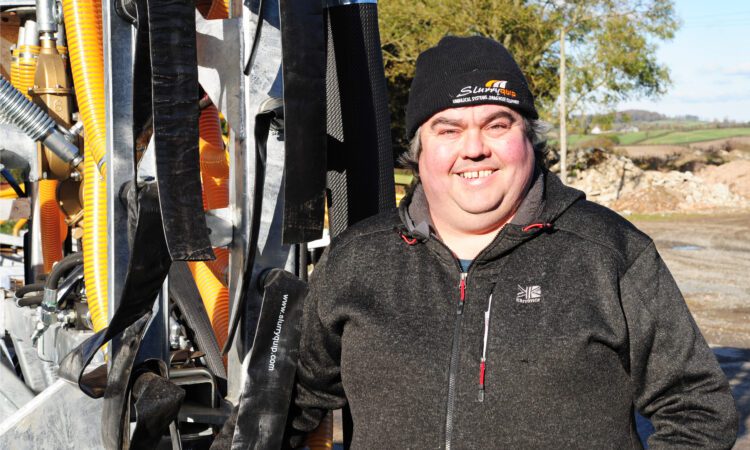 With the continuing onslaught of digital technology, it is easy to forget that agricultural machinery still relies on basic engineering principles to function effectively.

One particular example of this oversight is claimed to be found in the field of umbilical slurry spreading where – according to Richard Fitzpatrick of Slurryquip – all objective reasoning appears to have been abandoned.

Richard has been involved with umbilical slurry systems for many years. He was the original founder of SlurryKat (a company he now competes with) on the family farm in Co. Down before selling up and moving out to Australia in 2008. 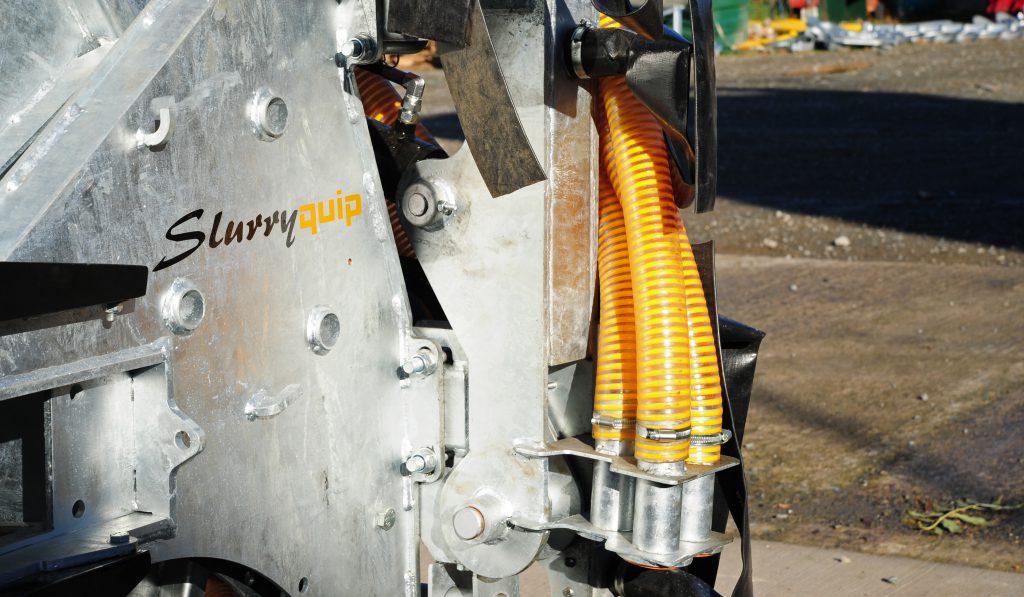 While abroad he had something of an epiphany one evening when talking to the local fire chief. His friend pointed out that the flow rate of a liquid was highly dependent on pipe diameter; the larger the diameter, the greater the flow.

Richard illustrates the point nicely by asking whether one would select a thin straw or a thick straw to drink a milkshake? The conundrum is a neat demonstration of a complex mathematical problem which was first expressed in the Hagen-Poiseuille equation, published in 1840.

The formula, however, is only the start of a complex series of equations. These may be used to calculate the flow rate of a liquid or, more accurately, the pressure differential along a pipe of known length and diameter. 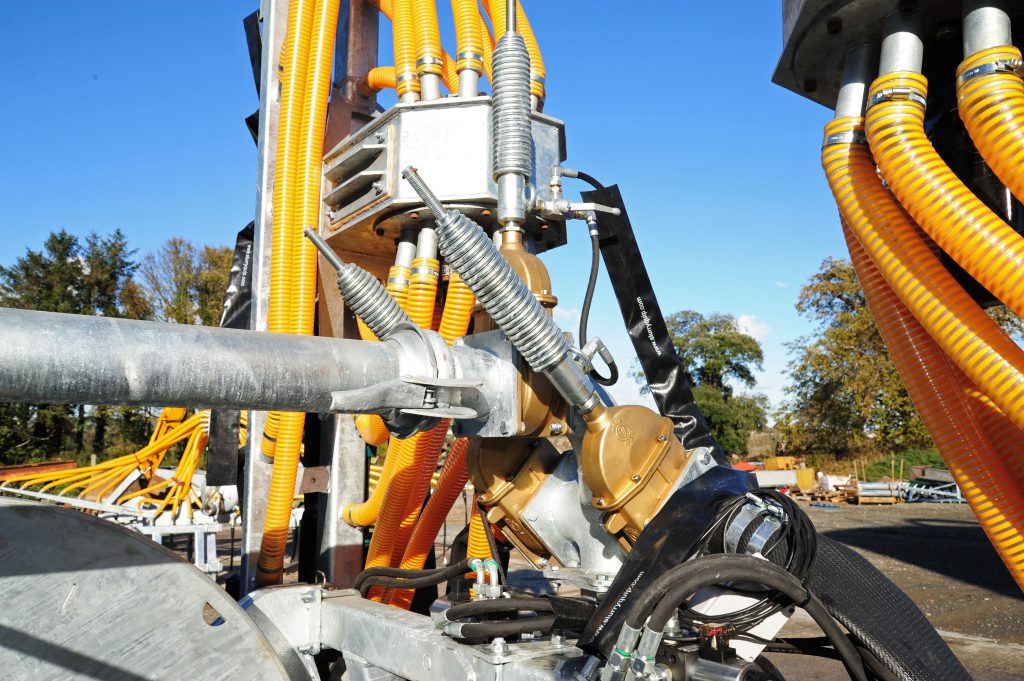 Whatever the figures used, or the variables taken into account, the conclusion is inevitably the same; for more efficient pumping there is no substitute for using a larger pipe. Richard is not entirely alone in trying to broadcast this message within the Irish farming community, but he appears to be the only one applying it to slurry distribution.

It is this principle which is the guiding philosophy behind the new company, which now operates from the same buildings in which SlurryKat was born. It is here that Slurryquip produces the umbilical systems which are usually based around a 5 or 6in primary hose. 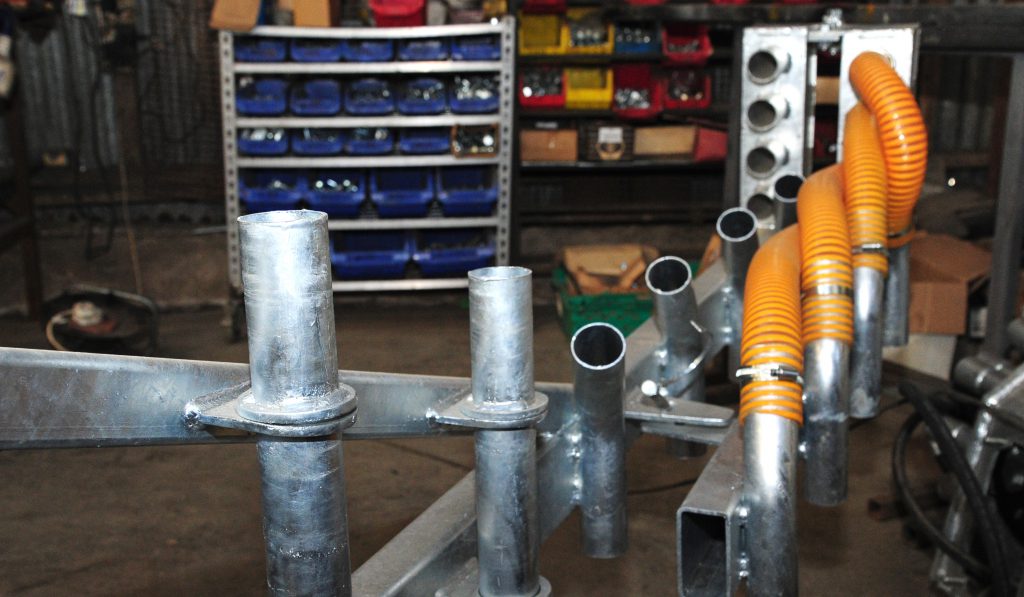 “I will sell a 4in system to anyone,” Richard stated. “But first I will insist on telling them why they are wrong to buy it.” It’s a novel approach to selling; yet, he quotes a six-month minimum waiting list for delivery of the equipment, so it can’t be deterring too many customers.

Production has recently been accelerated by the purchase of a new plasma tube cutting machine which Richard claims is the first of its kind in the whole of Ireland. Running from a laptop it effortlessly reduces a length of plain steel tube to the components of a frame, including all ports and angles, within minutes. 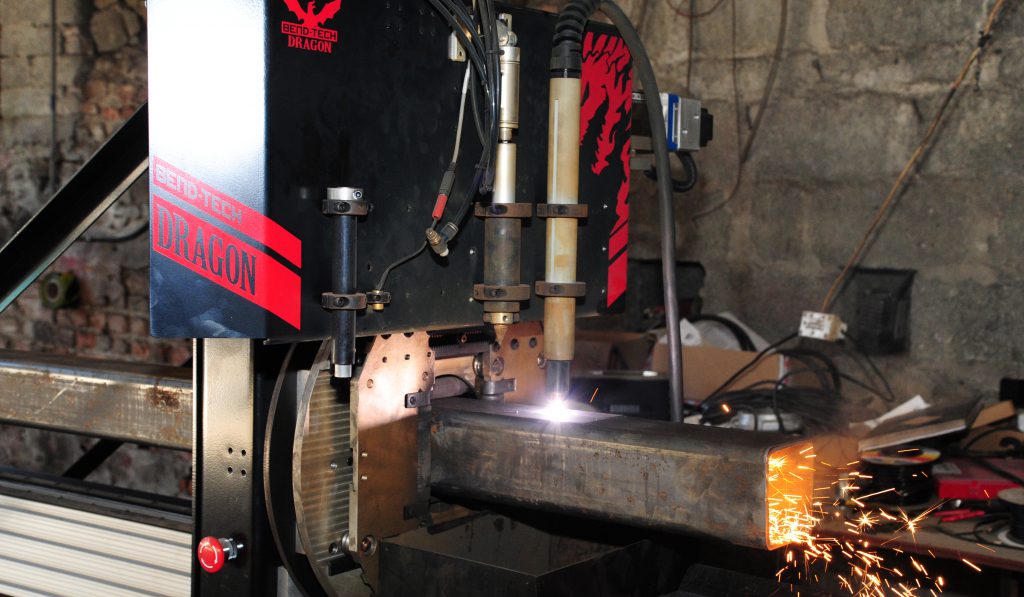 The manufacture of macerators is also kept in-house. The company philosophy is to keep them as simple as possible. It notes that “all pumps have choppers on them, so the macerator on the actual dribble-bar is little more than a distribution head”.

The engineering advantages of using a wider pipe would appear to be unarguable; Slurryquip has the laws of nature on its side after all. Yet, Richard believes there is another good reason for encouraging the switch to bigger bores.

“Slurry tankers are getting larger all the time; they are catching up fast. Triple-axle tankers will soon outperform a 4in umbilical system in the field.” 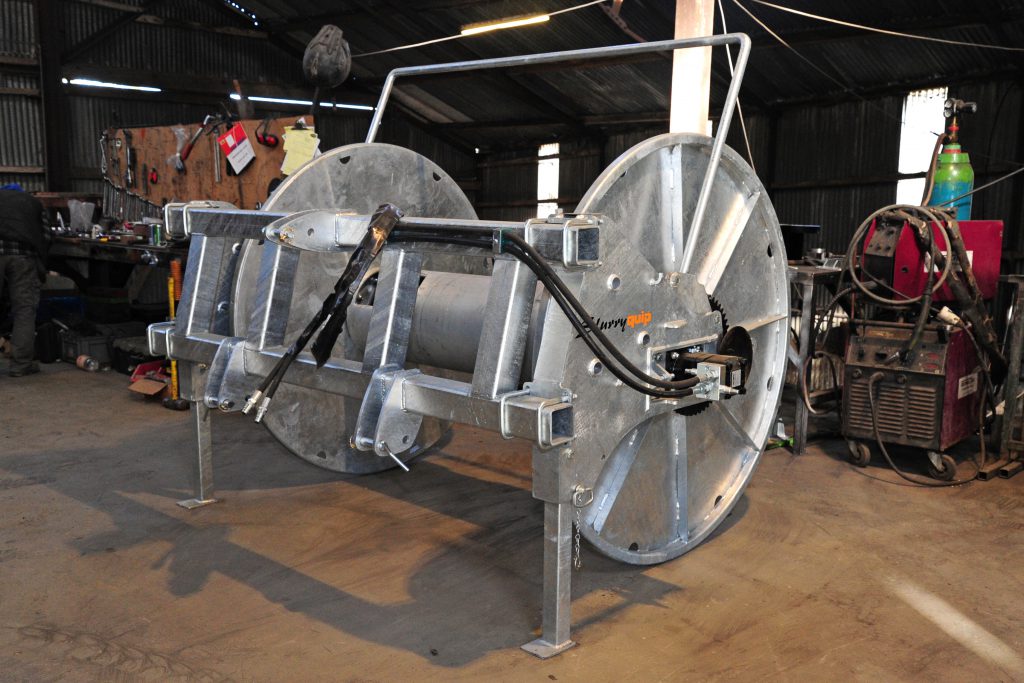 He does concede that such a scenario is more likely in drier regions, noting that the large-bore systems were developed in America where the intention was to spread large volumes quickly. The smaller 4in systems were used in Ireland to ensure that slurry could be applied in wet conditions.

“There has to be a middle ground,” he insisted. “Or manufacturers of standard umbilical systems could find themselves going out of business.” 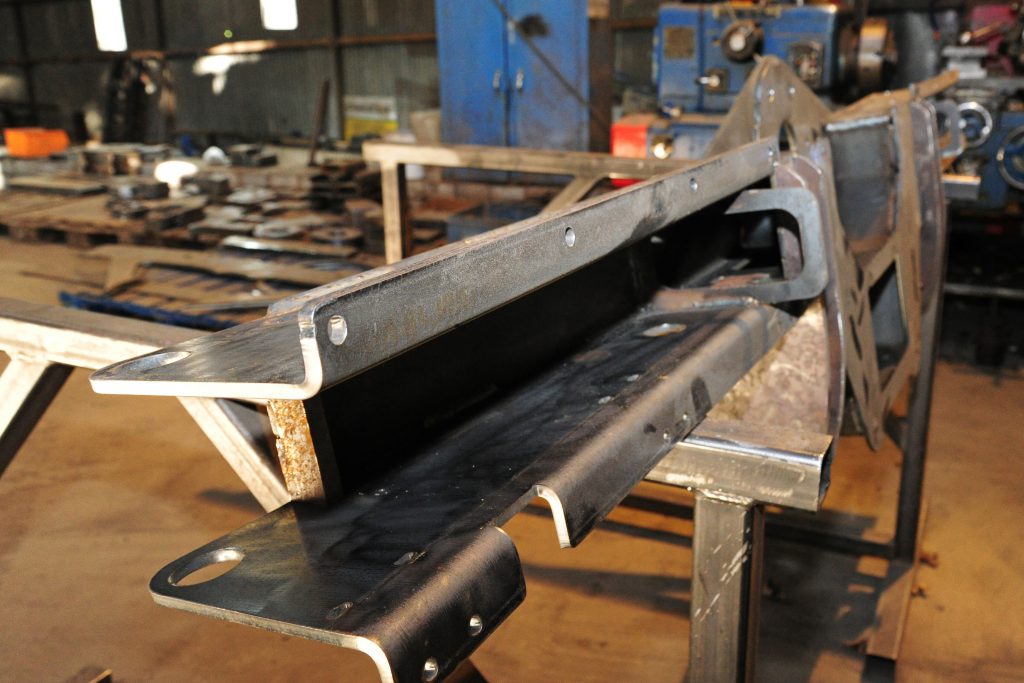 It is not just the manufacture of complete systems which sustains the firm; the sale of plain hose forms a large part of its turnover as well.

“We can buy hose direct from the maker; other companies are tied into agreements with UK-based wholesalers.”

He sees this freedom to operate without the attentions of a middleman as being a huge advantage in the trade.

Whatever the main business of the company, it is the promotion of wide-bore hose as an alternative to the standard 4in systems that occupies much of Richard’s time and passion.

The maths is well known and understood; the larger the bore the less resistance to flow and so less energy is required to move a given amount over the same distance.

Richard has even developed his own app to show just how much farmers can save in fuel by adopting either 5 or 6in pipe. It would appear from this that spending a small amount extra on larger-bore hose can be easily justified. It is a message that he is not shy in delivering! 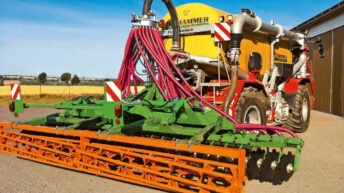 Amazone gets serious about getting slurry out