Trade focus: Mastek, macerators and the business of moving muck 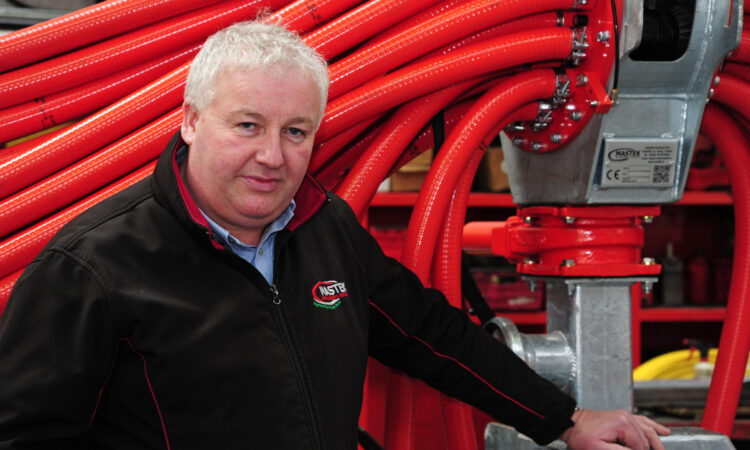 If there is one universal opinion in the machinery trade at present, it is that the splash-plate is on the way out as a means of slurry spreading. The only question is how long before it is outlawed altogether?

Paul Quinn (pictured above), founder of Mastek Ltd, Cootehill, Co. Cavan, has no doubt about the eventual demise of the method; but he does differ somewhat in what will eventually replace it.

“Trailing shoes are little more than dribble bars really,” he suggested. He points to the fact that, in Ireland, there are no regulations covering the use and construction of trailing shoe machines.

In the rest of the EU a trailing shoe has to apply at least 5kg of pressure to the ground; here, there is no such requirement.

Paul is not impressed by the machines he sees operating in Ireland and notes that, at the Grass & Muck event, there was little to distinguish between a dribble bar and trailing shoe.

He considers slurry injection to be the way forward. Although the company does make a trailing shoe boom for both tankers and umbilical systems, he believes that a lighter dribble bar attachment will outweigh the advantages of a heavier trailing shoe. 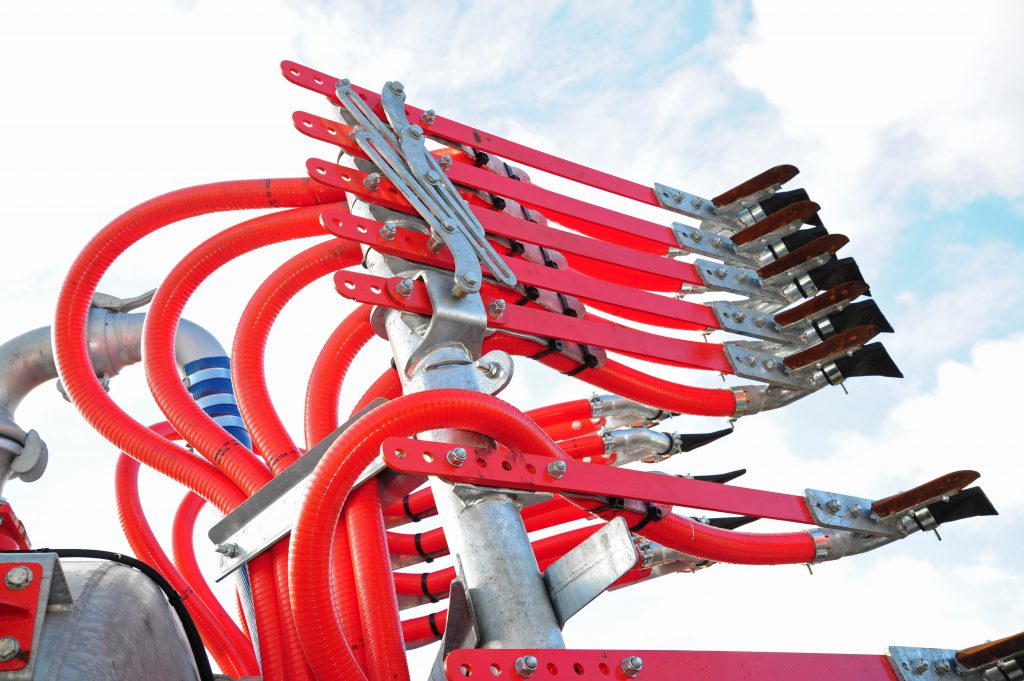 Whichever system is fitted, the success of ground-level application of slurry is highly dependent on the delivery pipes not blocking. To keep things flowing smoothly, the fibrous material needs to pass through a macerator to reduce it to manageable proportions.

Not being content with the macerators already on the market, Paul decided that Mastek should make its own. After five years of development – and many setbacks along the way – he is now happy that they have a unit superior to any others that are available. 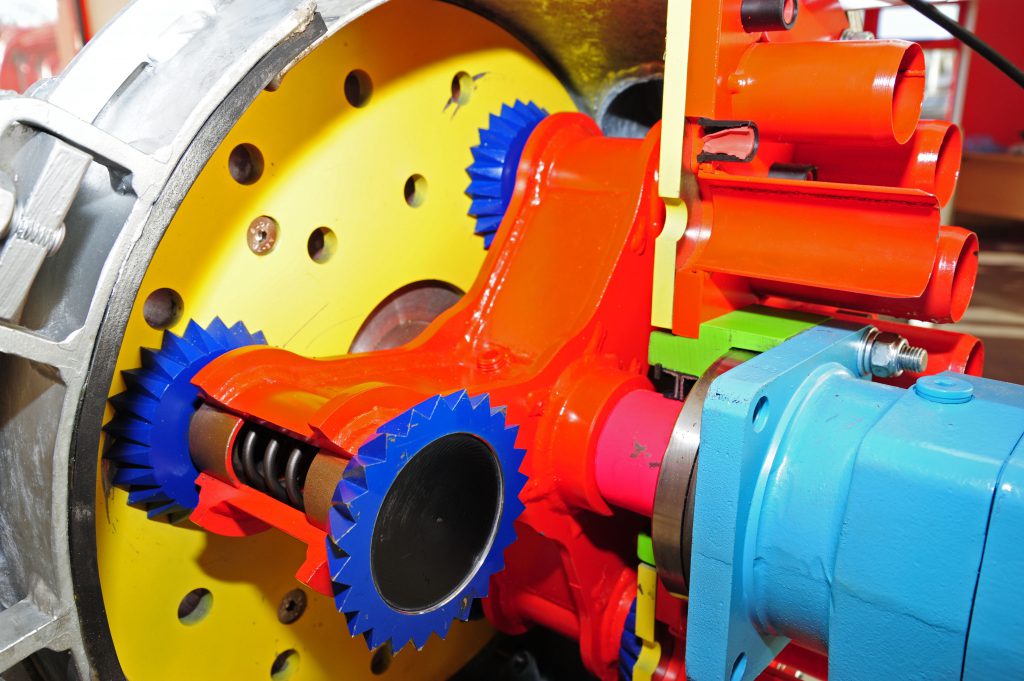 Relying on six sets of revolving teeth to cut the material as it passes through twin perforated plates, Mastek claims that it will deal with silage, plastic and bits of broken pallets with equal aplomb.

For the foreseeable future the macerator will only be available with a Mastek spreading system. Paul is confident enough of the design to feel that it will become the deciding factor for many customers when they are looking to buy spreading equipment. 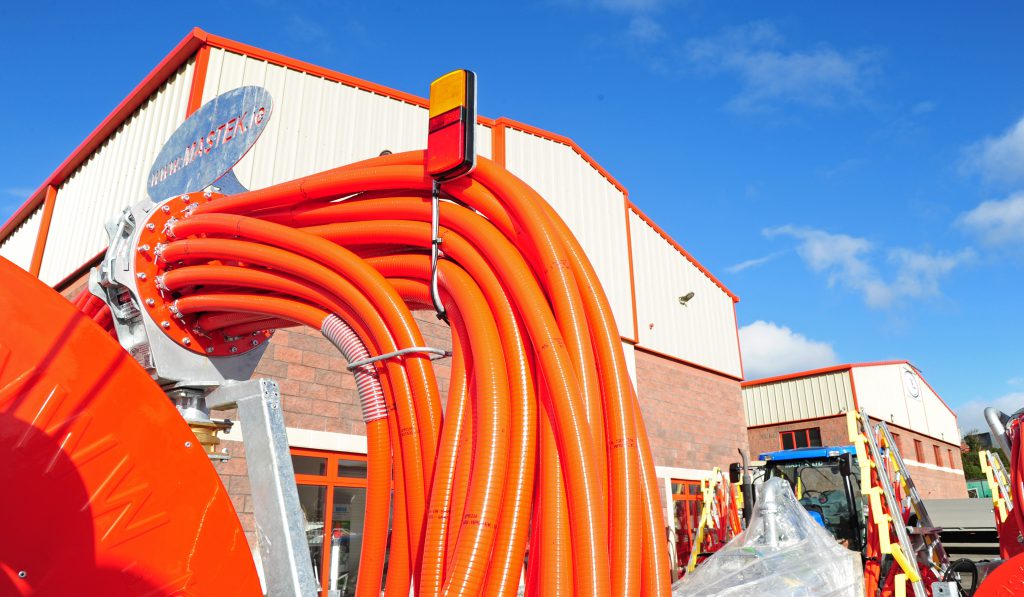 It may also tempt other tanker manufacturers to offer a Mastek dribble bar as either standard equipment or as an option. So far, Major is the only company to team up with Mastek; a relationship that remains unthreatened by the idea of Mastek producing its own vacuum tanker.

“We have seriously considered producing our own tanker several times,” confirmed Paul. “But it’s another product line to develop and by the time we’ve got it right TAMS will have ended and the market won’t be there.”

Despite his self-confessed love of new projects, Paul remains with his feet firmly attached to the ground. 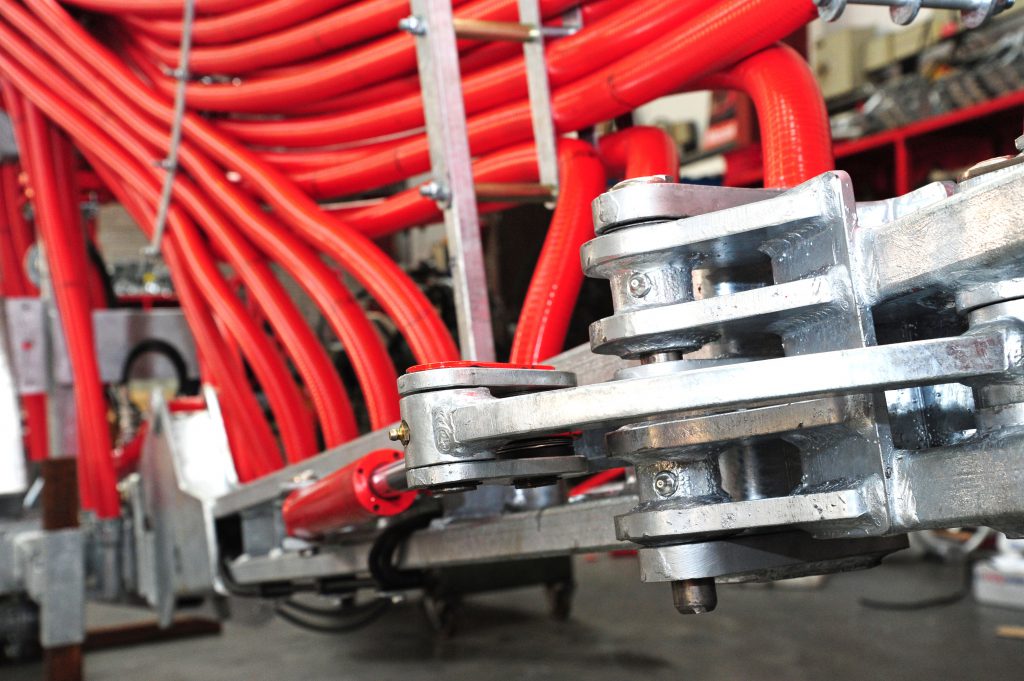 Looking forward several years – rather than to just the next 12 months – is a recurring theme in the Mastek story.

Paul started work with Moffett as a young man straight from school. He spent 16 years with the company, starting off as a welder and eventually went on to help design and construct the production jigs.

In 2000 he struck a deal with Combilift of Monaghan to produce forklift masts – hence the company name. This is still very much part of the business with around 150 units being dispatched monthly.

At one time during the recession that figure dropped to just 16 and the company was forced to reduce the workforce from 13 down to five – even those were on a three-day week. A bold move was needed to save the company, which came with the hiring of a new design engineer and the decision to move into slurry spreading.

“It was a no brainer really,” said Paul. “There was serious competition in all areas of agricultural equipment; but there was only one company working in umbilical slurry handling.”

The first machine produced was a 1,000m hose reel – a model no longer sold in Ireland (an example still stands in the showroom).

Today, the main business of the company is the supply of umbilical systems. Yet, it is experiencing a strong interest in retro-fitting dribble bars for vacuum tankers.

Mastek does two types; one built for durability and a lighter version which is easier on the budget. The more expensive item outsold the other many times at this year’s National Ploughing Championships.

Within the machinery trade there is a growing realisation that even dribble bars may well go the way of splash-plates, leaving slurry injection as the only available method. This is already happening on the continent, but there is no official talk of it here yet.

“It should be the same legislation throughout the EU; emissions targets will be a lot easier to reach then,” Paul claimed. 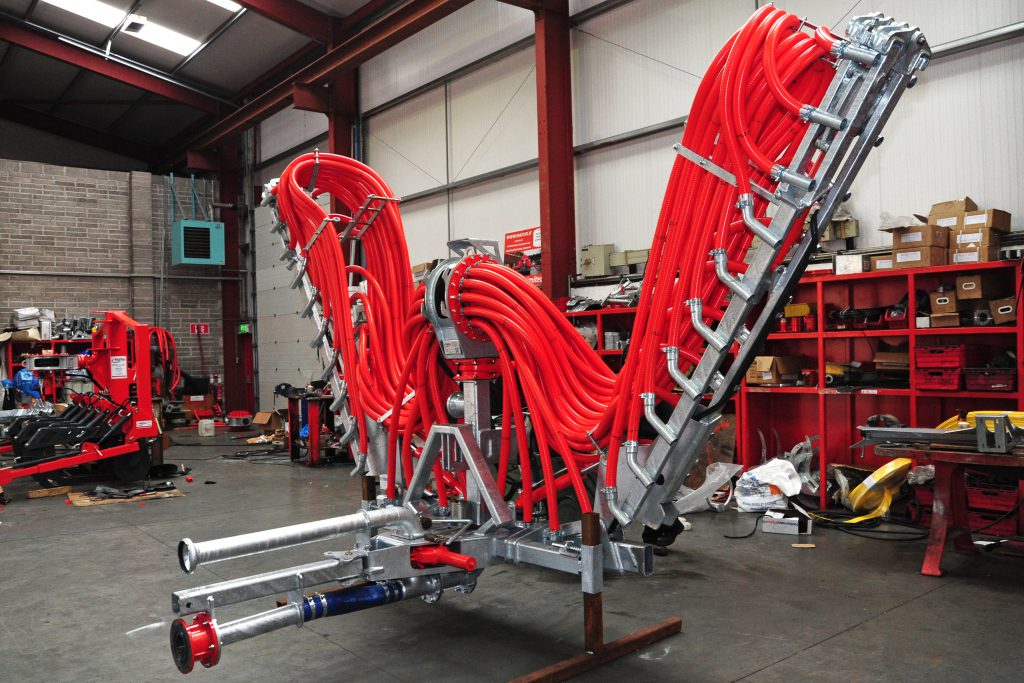 Meanwhile, Paul is intent on future-proofing the company by expanding exports and developing new products for the farms of mainland Europe, rather than just Ireland. 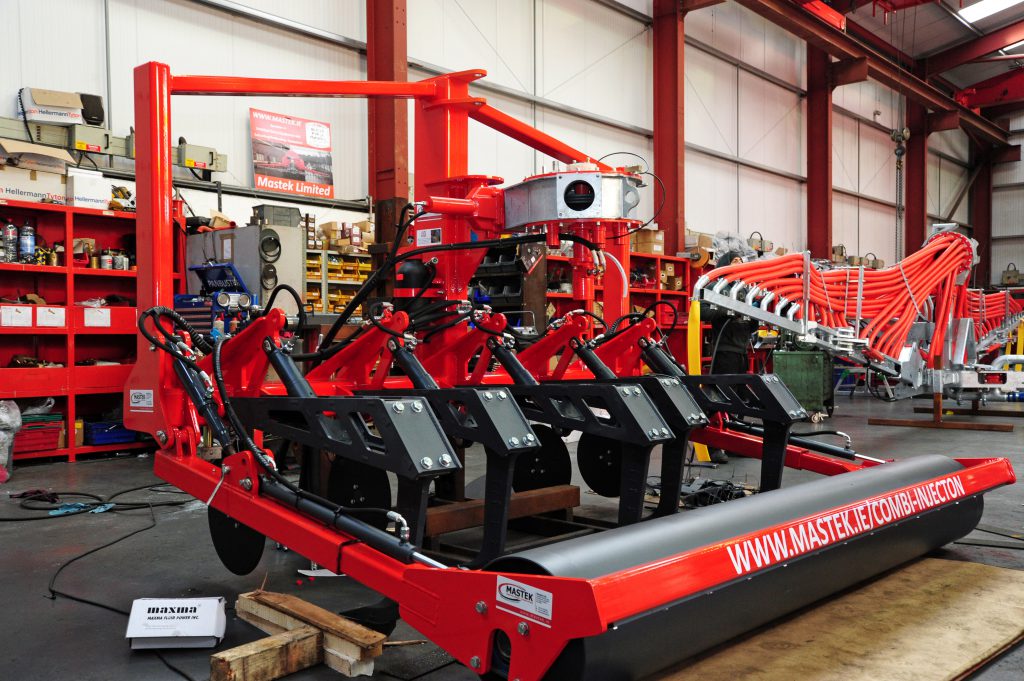 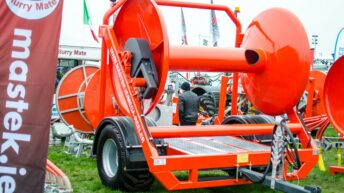