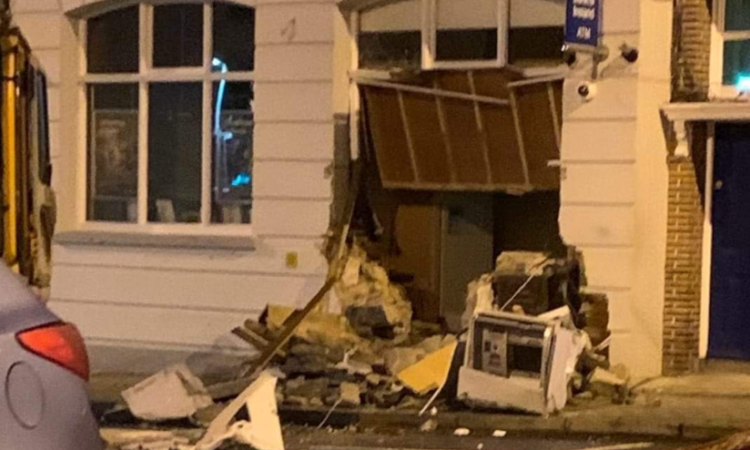 Gardai are appealing for witnesses following the theft of an ATM from the wall of a bank in Co. Monaghan.

The incident happened at about 3:00am this morning (Sunday, December 16) at a Bank of Ireland building on Main Street, Ballybay, Co. Monaghan.

According to a spokesperson for An Garda Siochana, a digger was towed to the scene by a JCB Fastrac tractor and trailer.

It was then used to remove the ATM from the wall of the bank and a large SUV, possibly a Toyota Land Cruiser, with a trailer was used to carry it from the scene in the direction of Cootehill or Carrickmacross.

The tractor was set on fire at the scene, according to the spokesperson.

The scene is sealed off and traffic diversions are in place in the area as investigations are underway.

It is as of yet unknown how much was in the ATM at the time of the robbery.

Anyone with information is asked to contact Carrickmacross Garda Station on: 042-9690190.

Meanwhile, Gardai are investigating the theft of a Massey Ferguson tractor which occurred in Co. Tipperary overnight on Sunday December 9, or the early hours of Monday last, December 10.

According to a spokesperson for An Garda Siochana, no arrests have been made and investigations are ongoing into the crime, which occurred in Lisronagh, near Clonmel in the south of the county.

Also issuing a plea for information, the owner of the tractor, Rory McGrath made an appeal on social media. He said: “Hi everyone, this tractor was stolen from our farm in Lisronagh in the early hours of Monday morning.

“Please share, and if you have any information please let me know. Reward will be given if information leads to tractor being found.” 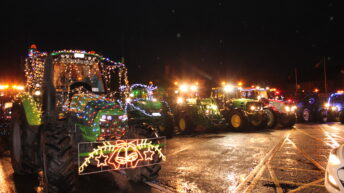